British band The xx performing at the Pabst Theater, Milwaukee.

If you want to bestow your new idea or product with a hip, futuristic aura, add an "x."

What would SpaceX be without the X? Or the iPhoneX? (OK, so the X is supposed to stand for ten but, colloquially, it's an X.)

And what about Latinx, a proposed gender-free, or gender-fluid, replacement for the gendered words, Latino and Latina?

Who, or what, started this? Brand X? Generation X? Or perhaps René Descartes who decided the meaning of "X" depends on its context.

Why were films X-rated? Why did a man called Malcolm Little rename himself Malcolm X?

In this episode of The World in Words, we trace the meandering semantic route of 'X' through the 20th and 21st centuries. We get help along with way from Afro-Latinx writer Jack Qu'emi, retired linguistics professor Ron Smyth and film historian Adrian Smith. 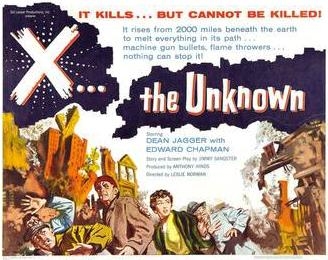 Poster for X the Unknown, a 1956 British film given an X certificate.

19:50 Is the "x" in Latinx rejecting gender? Or indicating a Cartesian variable?