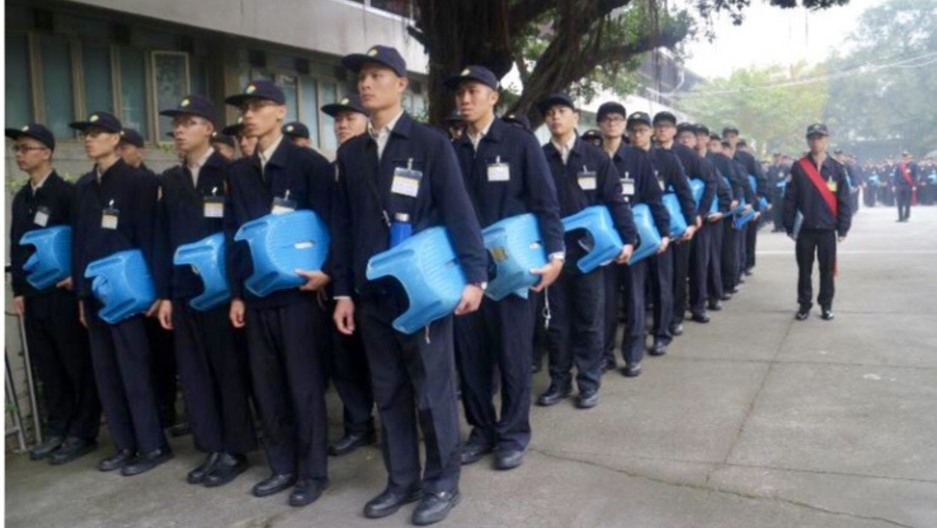 When Dean Huang returned to Taiwan to do his compulsory military service, he had to give up a lot: his job, his apartment, his cell phone, his hair. His autonomy.

My cousin, Dean Huang, is an American citizen who was born in Taiwan, like me. Unlike me, Dean is male. And in Taiwan, men have to serve in the military before they turn 36.

Dean was 32 — and on vacation with his girlfriend — when he got the news: His parents had received an official letter from the Taiwanese military summoning him to service.

But Dean had his dream life in America. He'd worked really hard for it.

He left his whole family in Taiwan when he was 18 and moved to the US. He barely spoke any English, but he mapped out a plan — from ESL classes to community college to the University of Washington. He set milestones for himself and calculated the GPAs he would need.

For 14 years, he chipped away at it. Dean became fluent in English, graduated with a degree in biochemistry and found a job he loved in Seattle, working on tuberculosis vaccines at a research lab.

“I was able to apply everything I learned in college, so I really enjoyed my job,” he says.

This letter from Taiwan was a serious disruption. He had just gotten a promotion. He loved snowboarding and the Seahawks. He owned an apartment and was living with his girlfriend, Chantelle Lin. When he told her about it, she was shocked. “I didn’t even comprehend what he was talking about," she says. "I was like, ‘You mean the Taiwanese military? ... OK, I think we need to think about this.’”

Related: A guide to the 'horrific' consequences of a US-China naval war

Dean went on a research frenzy to figure out his options. He made some calls and scoured message boards. The internet was full of advice. Some dual nationals ignore their summons and use their American, Canadian or other-nationality passports (instead of their Taiwanese IDs) to enter and exit Taiwan. Some go as far as to officially change their names.

But it's illegal and it's risky. If you visit Taiwan, you could get caught. If you’re under 36, you could be pressed into military service; Dean knew of a family friend who’d been caught at the airport and banished to a remote post to serve out his military duty. And if you get caught after you’re 36, you could be jailed for up to two years.

He and his older brother, Patrick, talked through the pros and cons. For Patrick, Dean’s life in America was something he could only dream of. Patrick thought Dean shouldn’t come back “because if I were him I would not,” he says. “You have to give up everything.”

For two weeks, Dean thought hard about the things that were most important to him — his job, his family, his girlfriend. He considered his parents, and how they were getting older; how his whole family lives in Taiwan. One day, while he was analyzing data at work, it came to him: “If I don’t go back, I will be doing the same thing a year from now, but I will never be able to see my family again,” he thought. “No, this is not right. I have to go back.”

Related: Want to know what it would feel like to have a woman president? Ask Taiwan.

So, in early 2017, Dean packed up his life and went to boot camp in Taiwan. He traded his Seattle apartment for a dormitory bunk. He gave up his job. His hair. His cell phone and internet access. His ability to take long, hot showers. His autonomy. At boot camp, Dean says, “they ask you to brush your teeth in 30 seconds, you do that. They ask you to eat, you eat. They ask you to stop, you cannot chew anymore, you just throw your food out of your mouth.”

Boot camp is designed to break you down, to teach discipline and rigor. For Dean, who was already an adult, it was hard to see the point.

“I was really, really depressed,” he says. There were times when he wondered, “What the hell are you doing? Why are you giving up your job, staying here, doing something like this?”

It got better, though.

Dean enrolled in a program called the Substitute Military Service, which let him serve out the rest of his year as a civilian. He could be a teacher, a firefighter, a museum docent. He still lived in a dorm, but he got his phone back. And he met others like him who had come back to serve — from America, Canada, New Zealand, Japan and the Dominican Republic.

All that work he did years ago, learning English to live in America, paid off. Taiwan was getting ready to host the 2017 Summer Universiade, which is like the Olympics for student-athletes. Nearly 8,000 athletes from 141 nations were coming, and they needed translators. 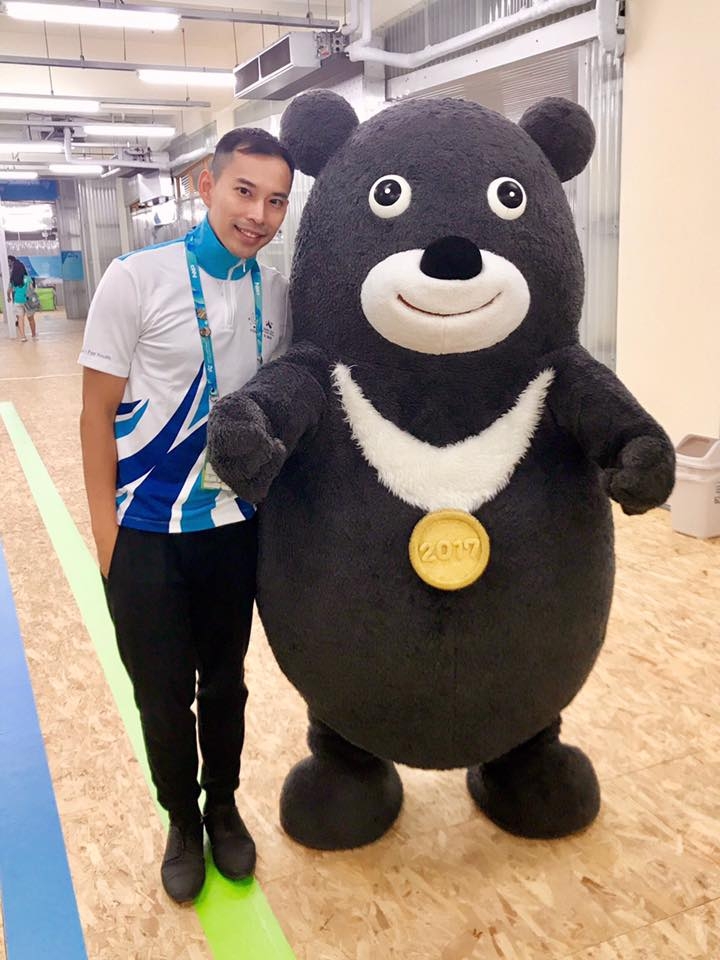 Dean Huang served in Taiwan's Substitute Military Service, where he worked on the organizing committee for the 2017 Universiade in Taipei.

Dean was assigned to the organizing committee. He worked on logistics, figuring out where each athlete would stay. During the games, he gave welcome presentations. “Universiade was just a fantastic experience,” he says. His coworkers were fun and the work was challenging. It was the largest global sports event ever in Taiwan, and Dean felt like he contributed to its success.

A year flew by. In February 2018, he turned his badge in at Taipei City Hall and retired from the military.

Dean feels like he made the right decision to come back and serve. And while he did it for his family, his military gap year also gave him some time and space to reflect.

“I think it forced me to go out of my comfort zone, and gave me a head start to do something else,” he says.

When Dean returns to America, he and his girlfriend plan to move to New York. He's always wanted to try living there. It won't be easy: He'll have to find a new job in biotech, a new apartment, make new friends. He's going to be pretty busy building a new life for himself.

It could be many years before he sees his family again. But the important thing is that he can. And while he still feels like his life is in America, he wants to be Taiwanese as well.