Saya Pierce-Jones records a recent report on Cape Town's water crisis for Smile 90.4FM radio. In more than a year on the full-time water beat, Pierce-Jones has helped listeners understand the roots of the crisis and find ways to dramatically cut their water use.

Saya Pierce-Jones got a cactus for Valentine’s Day and she keeps a bottle of treated wastewater on her desk. These are the souvenirs Pierce-Jones has kept as the water reporter for Cape Town’s Smile 90.4 FM over the past year.

The station’s mix of music and news in English and Afrikaans reaches about 170,000 listeners in this city of nearly four million. Since the city’s drought-induced water crisis boiled over in early 2017, the station has become a leading source of water and drought information for local residents, and Pierce-Jones has become its leading voice on the issue.

Until last January, Pierce-Jones was working as a general assignment reporter at the station. That’s when she got an unsettling piece of news.

“I got an email from the city telling us about the consumption levels and the dam levels,” Pierce-Jones said in a recent interview at the station. “And when I worked out some of the numbers, it was really scary."

Related: 'Day Zero' has been postponed, but Cape Town is still scrambling to deal with its water crisis

The city’s main reservoir was only around 40 percent full. There was no rain in sight. And Pierce-Jones felt a lack of urgency around the looming crisis.

“No one was keeping track of what is our daily water usage, what are our dam levels,” she said. “Now suddenly the bigger picture, that we were sitting in January, we weren’t going to get any rain up until winter rainfall season, and this — what was left in the dam — was going to have to last us. And didn’t look like it would.”

“There wasn’t enough information available in Cape Town at the time,” Ridgway said. “We also felt we wanted to differentiate ourselves in terms of being the first radio station to give the necessary attention to the water crisis and the water issue here in Cape Town.”

Pierce-Jones began filing eight water reports a day. She went to government meetings and visited the dams. She interviewed students who brought recycled laundry water to keep their school rugby fields alive.  And she doled out water-saving tips, like how to take a 10-minute shower using barely a gallon of water by using a garden pressure sprayer instead of the shower nozzle.

From last summer, Pierce-Jones followed the water beat through another dry winter. When expected rains didn’t come, the city got more assertive about its water message. The mayor warned of an impending “Day Zero,” when the city would have to shut off most of its water system. Then came tight water restrictions of 13 gallons a day per person. 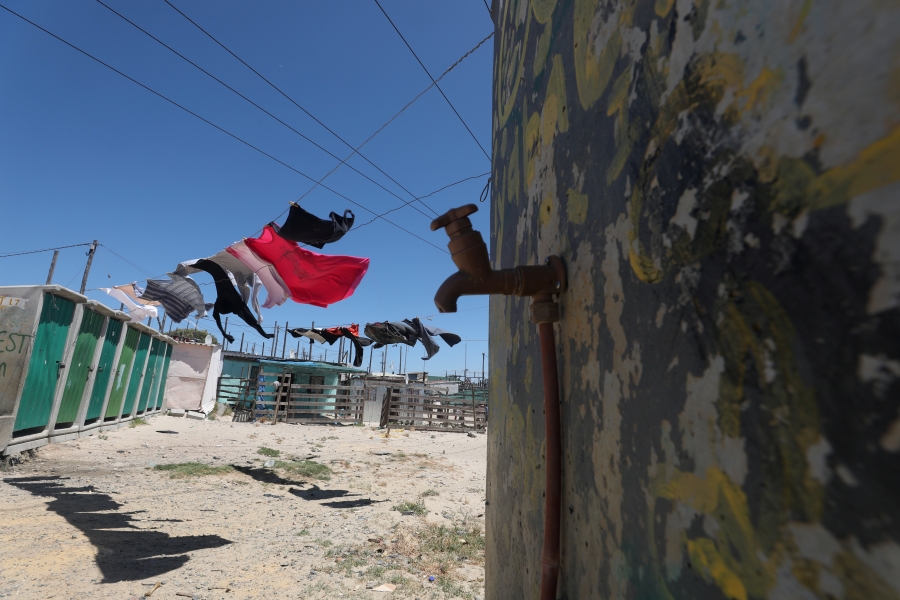 Clothing hangs above a communal tap in Khayelitsha township, near Cape Town, South Africa, Dec. 12, 2017. The city has imposed severe restrictions in an attempt to avert "Day Zero," the point at which the dams run dry or have levels too low to use for potable water. Despite some winter rainfall dams are running dangerously low following the worst drought in a century in the region.

And as the months went on, the growing crisis moved from the fringes to the front of everyone’s mind, including the city’s business community.

On a recent day, Pierce-Jones attended a pop-up event on Day Zero sponsored by RISKAFRICA, a magazine about insurance and business. Exhibitors hawked waterless urinals, insurance for business losses caused by drought and a machine that sucks in humidity and turns it into drinking water.

Dozens of business leaders attended, but it wasn’t all about hawking products. There was talk about climate change and “big trouble” ahead if it doesn’t rain. Pierce-Jones said she heard concerns about big conferences possibly being canceled because of fears of Day Zero. As she wound up her reporting, she said her report would “be about the message that’s going out there to businesses to say, ‘start thinking about climate change,’ you know—‘adapt or die kind of thing.’”

Smile 90.4’s decision to cover the water crisis closely seems to have hit the spot with its audience.

“You know, we’ve become so innovative in saving water and they give such great tips,” said longtime listener Estelle Mathee. She’s one of the nearly 50,000 people to join the station’s Smile Water Warriors Facebook group, and she won a pool cover — it prevents evaporation — from the station.

But she also appreciates that the station has been doing real reporting on the crisis. She believes a large part of the water crisis has been due to mismanagement, not just the three-year drought.

“We should know in depth what’s going on at every dam, and we want to know what the government is doing,” Mathee said. “Because we are told not to believe everything on Facebook. I would rather hear it from a reputable person who is on the radio, whom I trust.”

Recently the regional environment ministry gave Smile radio an award for its work — the only award the office has given to a media outlet in the water crisis.

“It’s a radio station that from the very beginning has taken up the cudgels and delivered the message of water savings,” said ministry spokesman James Brent. "[It] has certainly made a difference to the way we’ve managed to combat the crisis.” 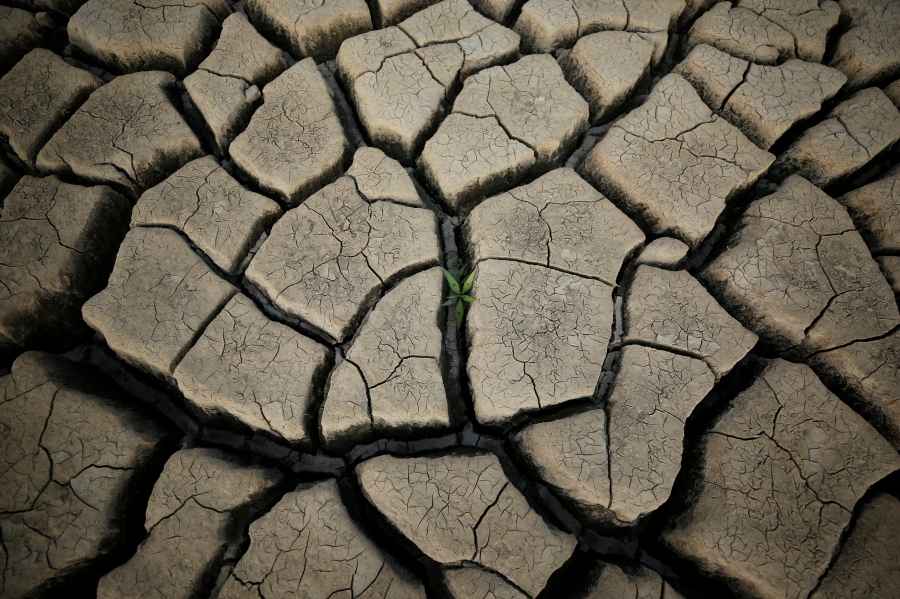 A plant grows between cracked mud in a normally submerged area at Theewaterskloof dam near Cape Town, South Africa, Jan. 21, 2018.

And the station may even have played a role in the latest turn in the news: City officials now believe Day Zero will not arrive this year after all, thanks in part to residents dramatically cutting back their water use to about half of what the city consumed three years ago.

That news has changed the mission at Smile 90.4 FM. The water beat has been shut down and Saya Pierce-Jones has gone back to general reporting.

Water conservation has “become a way of life,” explained program manager Ridgway. “In Cape Town right now, the conversation has become far broader, and there’s so much more information now, that the reports themselves were no longer serving the same purpose.”

These days, the anchors deliver a daily index on the dam levels and how much water people are using.

Pierce-Jones says the change is a sign of the times.

“Maybe it’s this sense of, ‘we can relax now, we’ve done our job,’” she said. “But we do have to keep reminding people.”

Because while Day Zero has been put off, the water crisis is still very real.