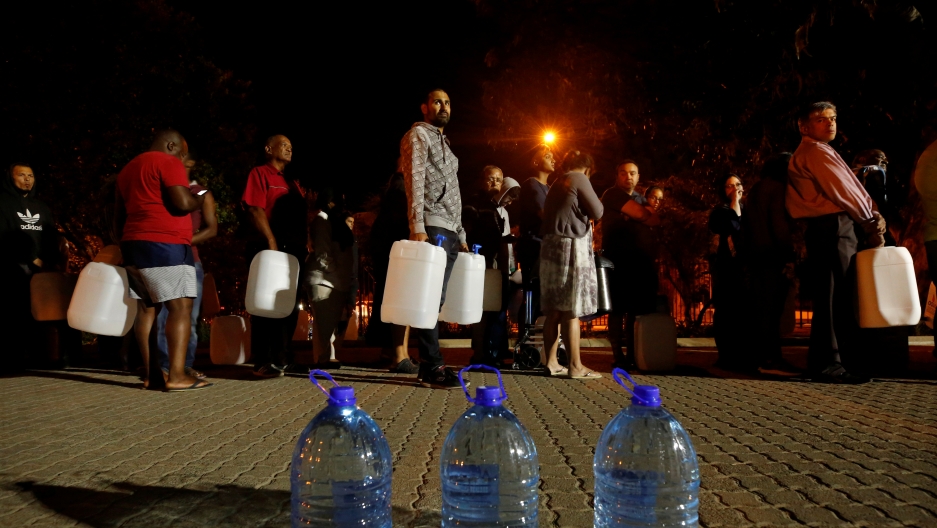 Cape Town officials have been warning for months of an impending Day Zero, when the city’s taps will run dry after three years of drought. But at Netcare Christiaan Barnard Memorial Hospital, workers are pushing to make sure Day Zero never arrives.

In the hospital’s underground parking lot one recent day, workers shaved down metal corners and bolted pipes into place in a fast-paced effort to install a desalination plant that would turn sea water into drinking water.

“We’re basically trying to do a miracle here to get a desalination plant installed here within three to four months,” said Nico De Kock, the project manager on the effort. 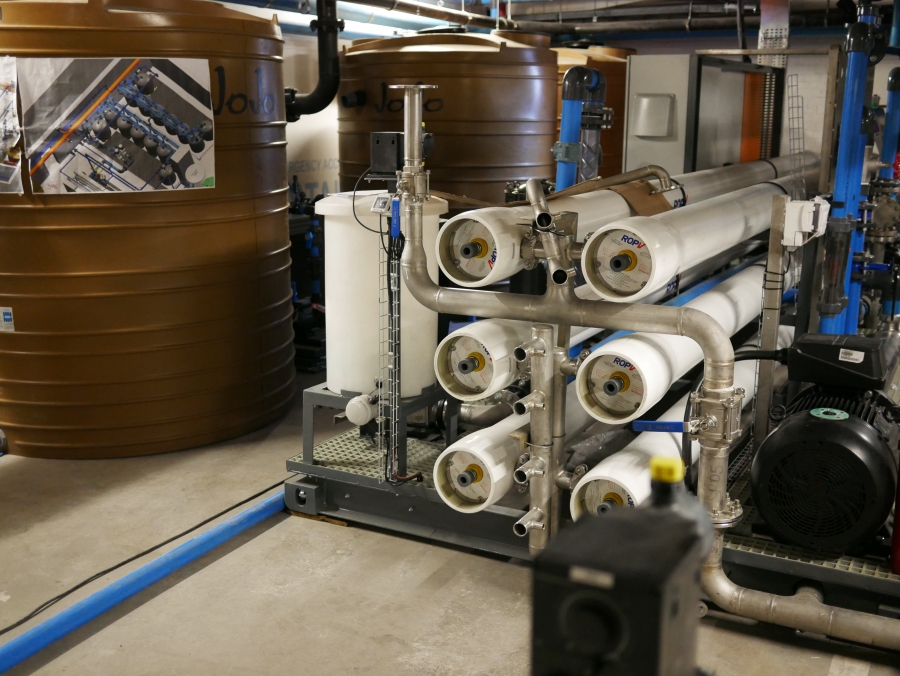 A reverse osmosis desalinization system is being installed in Cape Town's Netcare Christiaan Barnard Hospital. Hospital administrators say they expect the new system will allow the facility to weather water shortages without any interruption in service.

Christiaan Barnard hospital sits on reclaimed land on Cape Town’s waterfront, so it's long had to pump seawater out of its basement. Now, instead of going back into the ocean, that water will go into a system of sand and carbon filters, then a set of long white tubes that will suck the salt out of the seawater through a process called reverse osmosis.

Cape Town’s water crisis has been building for years. The city has imposed gradually stricter water rules in recent months. The tightest yet were in February, requiring residents to stick to about 13 gallons a day. Residents and businesses that don't comply face steep fines or a reduction in their supply.

Those extreme measures are working. Total water consumption in the city is down to just over half of what it was three years ago, and Day Zero was pushed back: first from March to April, then to July.

But if Day Zero ever does come, Christiaan Barnard's general manager Chris Tilney says the hospital, which is part of the private Netcare network, should be able to ignore it.

“We will be able to produce enough water out of this plant to run this hospital as usual without having massive water saving programs in place,” Tilney said. 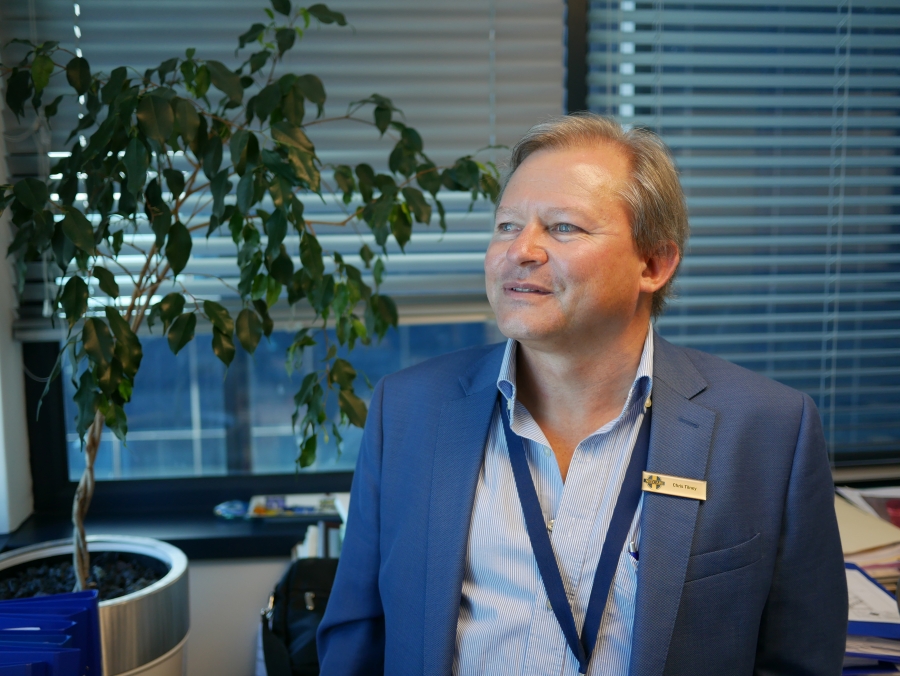 General Manager Chris Tilney says Christiaan Barnard Hospital’s new desalinization plant will help reduce the demand on the city's water supply. “Getting off the (water) grid is giving everyone else another 110,000 liters a day,” he said.

For now, the water shortage can still be felt in the hospital wards. Staff have installed more than 450 low-flow filters on taps throughout the building. Tilney said patients get their baths with wet wipes and surgeons keep their hands clean with sanitizer.

The new desalination plant won’t allow the hospital to return completely to business as usual: Some of these conservation measures will stay in place once it’s up and running.

Tilney’s office walls are hung with pictures of Table Mountain and other iconic Cape Town spots. This is South Africa’s marquee city, but life here means dealing with chronic infrastructure problems. A few years ago, the hospital bought new generators to back up its supply during an electricity crisis.

Cape Town has assured hospitals and schools that if Day Zero ever does come, they will still get water. But Tilney has his doubts.

“I think there’s too many variables,” he said.

With the desalination plant, “we know with certainty we can produce water.” 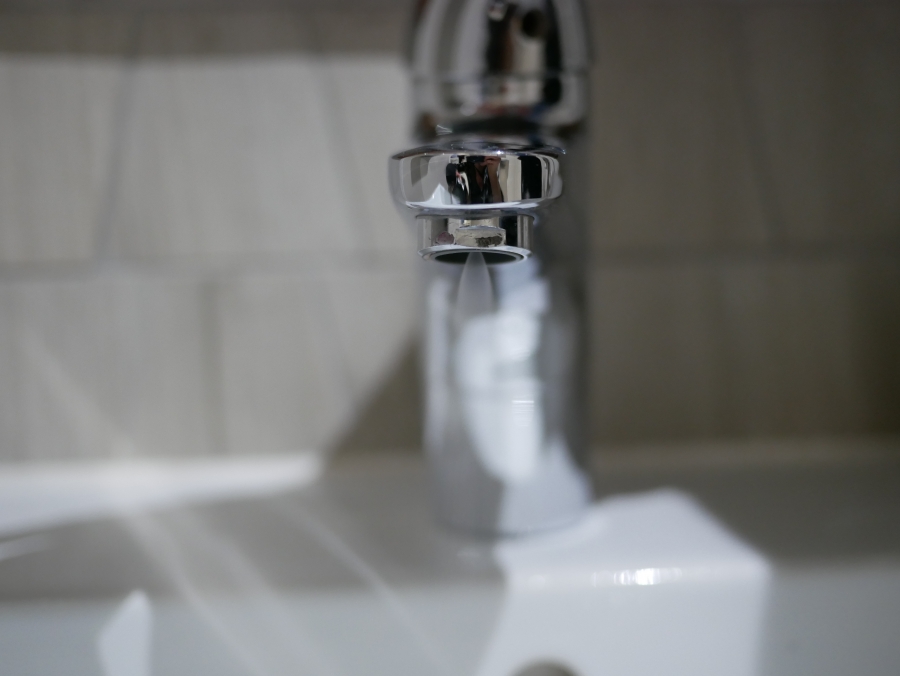 A low flow faucet is one of several water-saving measures in place at Cape Town’s Christiaan Barnard Hospital.

The water crisis highlights the vast inequality in Cape Town. The hospital’s desalination plant costs roughly half a million dollars. Similar plants are under construction at a hotel and an insurance company. Meanwhile, a quarter of the city’s residents live in shantytowns and get their water out of communal taps.

That’s about 30,000 gallons, which is helpful, but less than 1 percent of water used in Cape Town.

With little drought relief in sight, the city is taking its own steps to increase the water supply, including building several new small desalination plants and a project to pump water from a vast aquifer under Table Mountain.

City Councilor Xanthea Limberg said until recently, it was a challenge to get support for investing in such projects because last year’s weather predictions were for above-average rainfalls.

“And unfortunately, this wasn’t the case,” she said.

Now, the city is scrambling. Limberg said South Africa’s national government should help cover the $100 million dollar cost of these projects, but it’s offered a fraction of that.

But things like desalination plants also have their downsides. Desalination uses a huge amount of energy, and leaves behind large amounts of highly saline brine. The plant at Christiaan Barnard Hospital alone will dump 80,000 gallons of brine into the ocean daily.

If the technology becomes a bigger part of Cape Town’s supply, “we’re going to need a very good and thorough environmental plan to make sure we don’t result in dead zones in these hypersalinized areas of shore,” said Christine Colvin of the World Wildlife Fund South Africa.

Somila Makangume arrived at Christiaan Barnard hospital recently to get treated for a stomach condition, which she suspected she got from drinking sediment-laden tap water from the bottom of the of the city’s depleted reservoir.

“It’s almost a month now since I’ve been going back and forth to the doctors,” Makangume said. 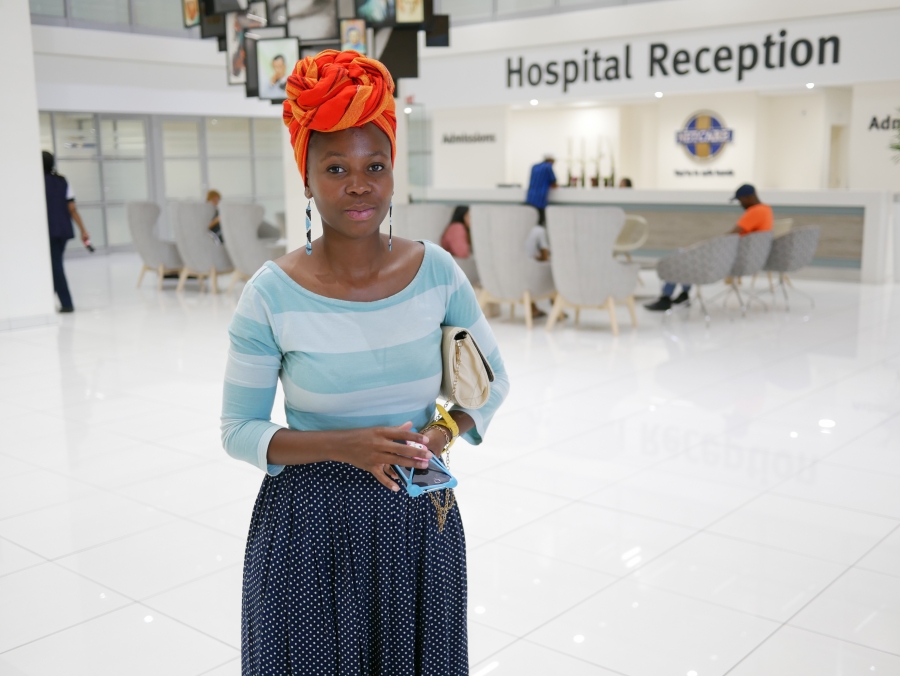 Somila Makangume came to Christiaan Barnard Hospital because of a stomach condition that she suspects was caused from drinking sediment-laden tap water from the bottom of the city's reservoir.

Makangume runs children’s activities for the city’s recreation department. She said she was relieved to see the hospital taking extra precautions.

“It’s a great plan,” she said. “Because now, each and every one of us … is a bit panicking with regard to what is currently happening in Cape Town.”

A big part of that uncertainty is rainfall. The city says rain is predicted for May or June, but nobody knows if it will come. And there are indications that the region’s extended drought may become the norm as the global climate warms.

Meanwhile, the city hopes its projects to tap into the local aquifer will help prevent a future Day Zero.