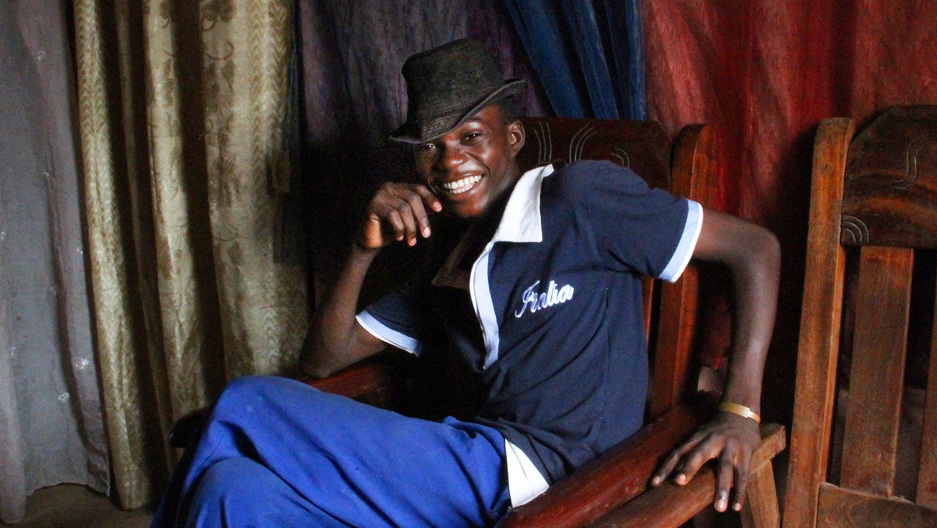 Fortuné, 16, used to have a spaghetti-and-coffee kiosk in Bangui. But it was dismantled one night. So now he's pinning his dreams on his singing group.

On a late Saturday morning in the Miskine neighborhood of Bangui, the war engulfing the Central African Republic seems far away. There are no militiamen clashing in the streets or eerie, abandoned fields that smell of rot. In Miskine, people are busy living, not dying. Scratchy radios blare music and women call out greetings from doorways. Kids chase each other, sending tiny chicks scuttling after their mother hen.

Sixteen-year-old Fortuné Kibinda seems oblivious to the noise. He’s crouched over an open fire in front of his house, making a full meal of fish, rice and fried yams. He’s sweating — he’s got to finish by 1 p.m., in time for his friend Abigail’s birthday party.

"I’m making something to surprise her,” Fortuné says, grinning.

Abigail is a member of the youth singing group that Fortuné started.

Kids in this neighborhood are lucky to be back in school: For years, the fighting that bled across the capital put their education on hold. Still, school here is basic, with no extracurriculars, so these kids organize singing practices themselves, meeting after school and after church on Sundays.

A few hours later, the eight young members of Fortuné’s singing group stand in a circle in Abigail’s living room. 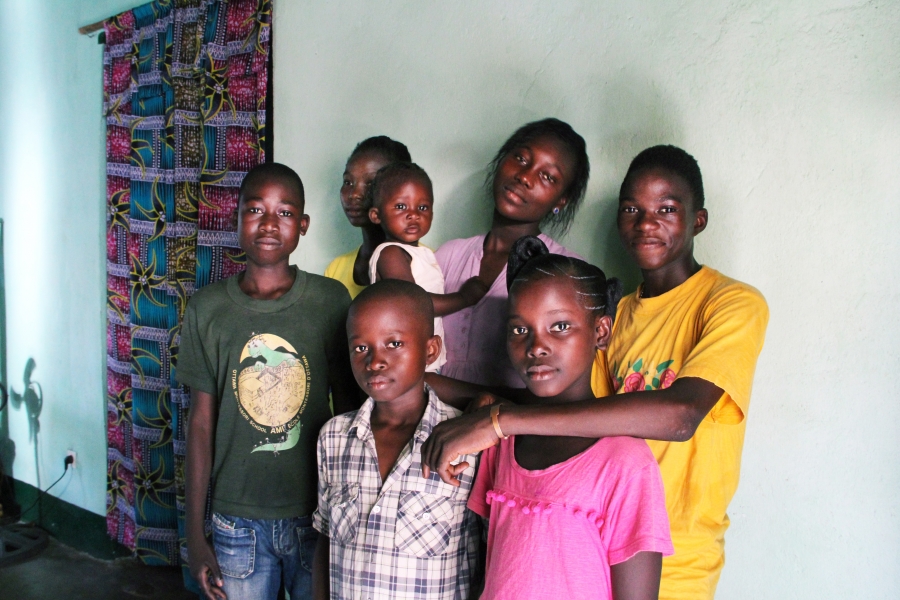 Fortuné's singing group ranges in age from 10 to 16. They organize their own rehearsals, after school and after church.

The rice and fish that Fortuné made are sitting on a big wooden table. Before the friends dig in, he leads them in prayer.

Fortuné’s voice soars above the harmonies of the other children: “There is no one behind me, no one ahead of me, you are everything, oh, Jesus.”

A breath after the song finishes, Fortuné calls out with the cadence and stature of the preachers he must study in church each Sunday.

“All together, we’ll raise our voices, say thank you to the Lord!” he cries, before dropping his voice to a furious whisper to deliver his own private prayer.

Abigail says the final grace, her voice soft but earnest.

The group’s name is Efficace Divine — which means “Divine Efficiency” in French. Faith is important to these kids, as it is to many just trying to exist in Central African Republic.

“We go to church together,” Fortuné says. “I heard how they sing and that’s why I invited them to be my singers.”

The youngest member is just 10, while Fortuné and Abigail are the oldest — at 16.

A worn notebook contains their entire repertoire of hymns, which Fortuné wrote out by hand.

The name Efficace Divine once belonged to another one of Fortuné’s projects. Just over a year ago, he opened a kiosk where he sold coffee and spaghetti. As his business grew, he dreamed of someday owning a chain of restaurants, of being a successful businessman.

Then, one day, he went to open his kiosk — and found the entire wooden structure gone.

“I asked around and people told me it had been stolen during night,” he says. “My mind was empty. I just started crying. And then I went home.”

Fortuné lives with his great aunt, a housecleaner, and she didn’t have the money to help him rebuild the kiosk.

So, Fortuné threw himself into something that didn’t require an upfront investment — singing.

“What changed in my life is that I’m getting ahead in music,” he says.

A photo in the family’s living room shows Fortuné in a recording studio, wearing big headphones. The picture was taken when he recorded a song, which now plays on a local Christian radio station. The experience made him even more excited about his group.

"We want to make a CD, release an album and send it to countries across Africa,” he says.

But all that would require money.

“If I had some money again,” he says, “I could restart my kiosk and then invest in my singing group.”

But money is hard to come by in this country, where most people are just scraping by.

So, Fortuné thinks the most likely way he’d get some money would be through divine intervention. He prays a lot. It keeps the uncertainty of the present and the sadness of the past from swallowing him up — things like the loss of his mother, who died while the family was living in a refugee camp.

He also says he doesn’t even have time to think about girls.

But the truth is the crisis in the Central African Republic is getting worse. Bangui, where Fortuné lives, has some law and order, but much of the rest of the country is controlled by militia groups that regularly target civilians. There’s widespread hunger and hundreds of thousands of people displaced.

His country may be crumbling around him, but Fortuné is so sure that he’ll come out okay, that his faith will carry him through. In fact, there’s this line in the song that he has playing on the radio. In it, he’s speaking directly to God.

“I know that with you, I’ll triumph,” he sings. “I’ll reach the destiny that’s burning in me.”

It’s an amazing destiny, if only he can reach it.

Reporter Brenna Daldorph traveled to the Central African Republic in 2016, when she first met Fortuné, and returned in late 2017. Both times, she was a fellow with the Great Lakes Reporting initiative, run by the International Women’s Media Foundation.