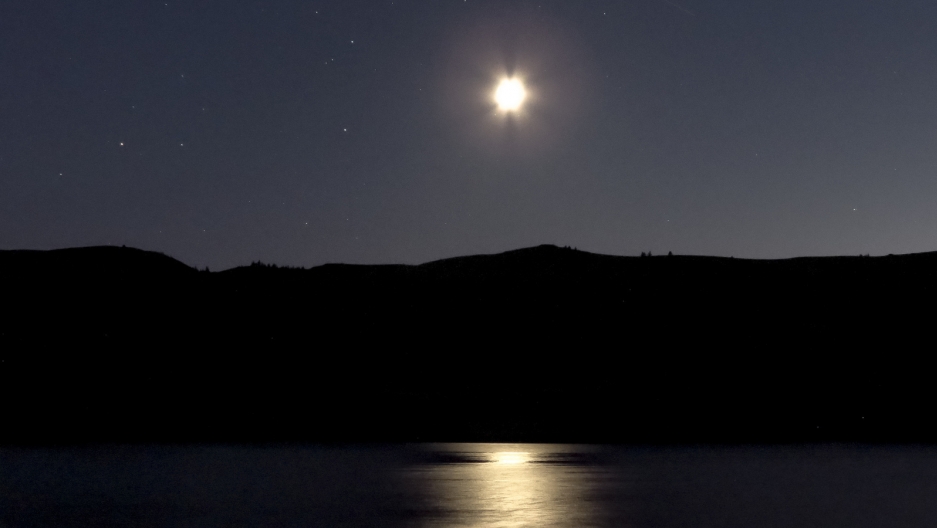 The Tiangong-1 space station passes over the moon in this photo taken in September 2013. The station is scheduled to make a crash landing in Europe within the next few weeks.

Sometime this spring, a falling Chinese space station will crash to Earth. That is known. What is not as clear is when it will hit — or where.

Koerth-Baker says that the Tiangong-1 space station will re-enter Earth’s atmosphere somewhere between March 29 and April 9. Furthermore, the landing area covers a lengthy swath of land that includes Spain, France, Portugal and Greece.

The Tiangong-1 was used for basic research for five years, Koerth-Baker says. It actually was the working location of the first Chinese woman in space, she says, before the Chinese lost control of the structure in 2016.

“So now it is descending to Earth without anyone being able to guide it to some other place that’s not populated,” Koerth-Baker says.

Koerth-Baker adds that there is always some sort of “space junk” that is re-entering the Earth’s atmosphere.

“There’s probably about one piece of space junk that falls to Earth every day,” she says. “Most of it is not this big. The chunks of this space station could be as big as 220 pounds.”

The silver lining, though, is that only one person have ever been recorded as having been hit with a piece of space debris, Koerth-Baker says. That would be Lottie Williams, a resident of Tulsa, Oklahoma, who was struck with a six-inch fragment of a second-stage Delta rocket in 1997. Williams did not sustain major injuries.