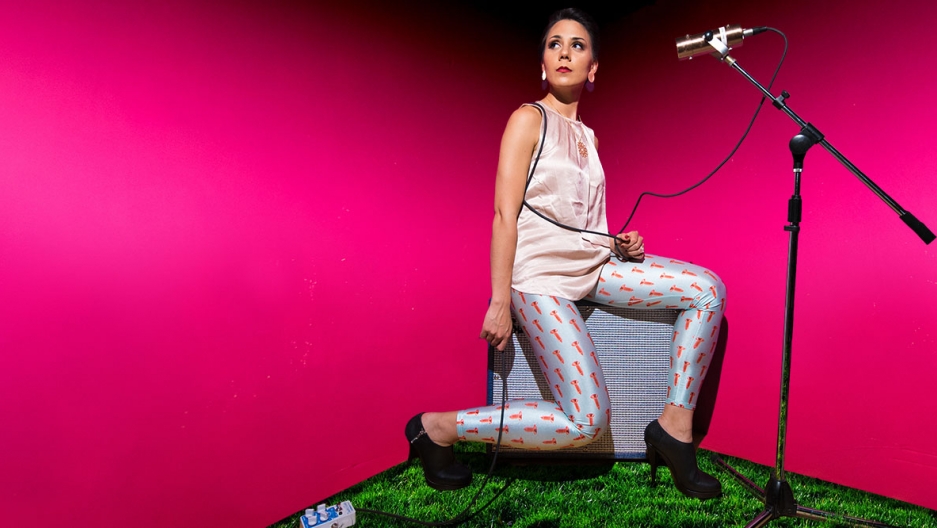 Sirintip's new album "Tribus" is heavily influenced by her upbringing as a third culture kid.

There's a term for children who were raised in a culture outside of their own parents'. Usually these kids, known as "third culture kids" (or TCKs), spend their formative years in different countries.

So, it can be a struggle for TCKs to understand their identity. They often feel like they don't fit in anywhere. This is exactly what the artist Sirintip expresses on her debut album, "Tribus."

Sirintip was born in Thailand to a Thai father and Swedish mother. She lived in Thailand until she was 11 years old when she moved to Stockholm, Sweden.

Sirintip says she felt like a stranger in both places.

"In Thailand, I felt like an outsider because my mom was much taller and much bigger than all the other kid's parents because she was Swedish," she says. "And then if we had birthday parties, we had all these other weird games that none of the other kids had played before. And as much I thought it was fun, it was scary because, as a kid, you just want to fit in. Then when I moved to Sweden it was the opposite ... like, 'Oh, here comes that Thai girl who has all these weird Thai games.' I guess because I have that experience of not fitting in 100 percent."

Sirintip admits she didn't understand how she felt being a mix of cultures. That was until she became a young adult and moved away from her family.

She moved to New York City. It was while living in the Big Apple that Sirintip finally felt she could could be whatever she wanted to be.

"I think everyone deals with that difficulty of deciding which direction to go with your life and how," she says. "And then not listening too much to the outside world and all the things you're expected to do."

When you listen to Sirintip's music, you'll hear trip-hop, electronic pop and the occasional flourish into jazz. The latter element is a result of her training in jazz both at the Royal College of Music in Stockholm and the Manhattan School of Music. Her rich-sounding pop album is produced by Grammy-winning producer Michael League of the band Snarky Puppy.

Sirintip wanted her album to be a sort of virtual space for third culture kids: something they could claim as their own, something that could inspire them to accept their individuality.

"I think it's important to cherish that difference that we have as individuals who have not grown up in just one place. And not be scared of the differences that makes us the way we are," she says.

Third culture kids might be an undefinable mix of their own global culture, but they're each on their own unpredictable path.