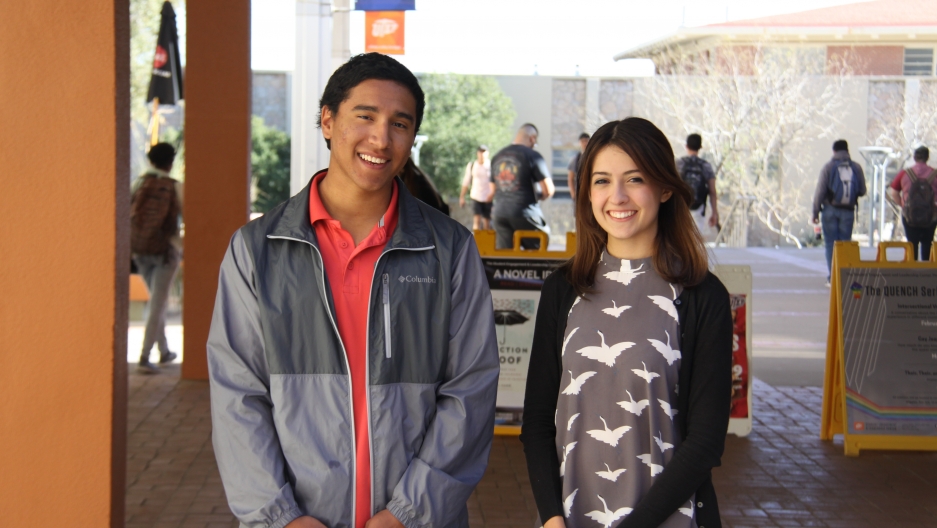 Oscar Sancez (left) and Ana Zepeda are both members of the College Republicans at the University of Texas at El Paso. They both oppose DACA.

Inside the student union at the University of Texas at El Paso (UTEP), members of the campus College Republicans club are holding their monthly meeting, brainstorming questions for a congressional candidate debate they are hosting on campus.

One student suggests a question on border security, “If not a wall, how do you suggest we secure our border?”

It’s an important question for students attending a college that sits next to the US-Mexico border. And for a university with an 80 percent Latino student population, immigration issues, including the current debate about Deferred Action for Childhood Arrivals, are top of mind.

Lawmakers have been unable to come up with an agreement on immigration, especially on how to address the approximately 700,000 DACA recipients who were brought to the US illegally as children but have received work permits and some protection from deportation through the program. Even with a recent Supreme Court ruling that pushed the program’s official end date, DACA remains on life support.

The disagreement around the program persists even as the general public has shown support for it. Among Latinos, support is even higher at 90 percent.

But in Texas, where the College Republicans at UTEP is holding their meeting, some Latinos hold more divided opinions about  DACA. A poll found that 24 percent said they would end the program. Latino members of the UTEP Republican group are among those who oppose DACA.

Their reasons for opposing DACA show their frustrations over the broader immigration system. But being so close to the border, their opinions are influenced by their own experiences and by attending schools with undocumented immigrants.

Catie McCorry-Andalis, dean of students at UTEP, says part of her job is to build bridges between all students and help them become “global citizens,” who must live, work and study along the US-Mexican border.

"We have some of our students who are Dreamers, DACA recipients, who have decided to come out and be very public about their status. There are several others who absolutely have not,” McCorry-Andalis says. “So I have shared with students to tell them, 'They are among you.'" 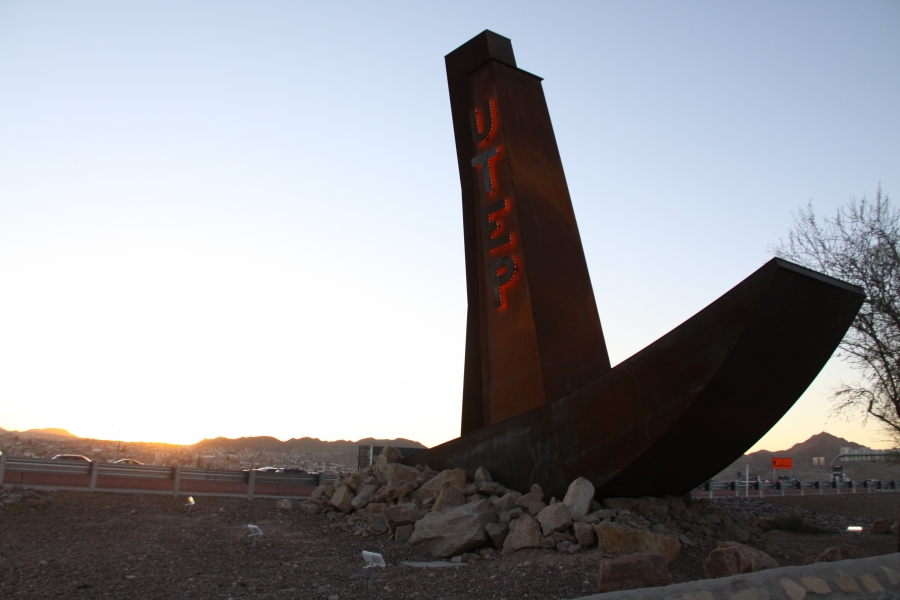 The University of Texas at El Paso campus sits right next to the US-Mexico border.

Sophomore Ana Zepeda, who is Catholic and says her religion is why she voted for Trump, attended a private high school in El Paso.

The 19-year-old says she knew at least one undocumented classmate and doesn’t view that classmate as unfair competition. And she doesn’t think the estimated 9,000 to 10,000 so-called "Dreamers" in El Paso, are limiting her opportunities.

“I see that most of them are taking jobs that we have a shortage of people who would take them,” she says.

"It's not fair for other immigrants like my parents, for example," says Sanchez, who said his parents emigrated legally from Mexico more than 30 years ago. "My mom being from right here in Juárez, right across the border and my dad from Chihuahua, which is like four or five hours from here. He works in manufacturing. He just worked his way up and ended up getting good salaries as the older he got."

Peter Leyva, 23, and in his final year of college, agrees with Sanchez.

"As someone whose family waited in line to get citizenship, get naturalized, all the rest of it, I have always been opposed to letting illegal immigrants have a free pass,” Leyva says.

While DACA students can receive financial aid from college and state governments, they are not eligible for short-term Pell Grants for low-income students.

Six years ago, when the Obama administration launched DACA, administrators at UTEP encouraged undocumented students to apply for the program and offered some of them scholarships.

Now, the university has been facing harsh criticism by people like Leyva for its efforts to help DACA students.

Still, Leyva doesn't blame any of his classmates who entered the US illegally as children.

"I blame the parents,” he said. “Obviously, the parents brought the kids here." 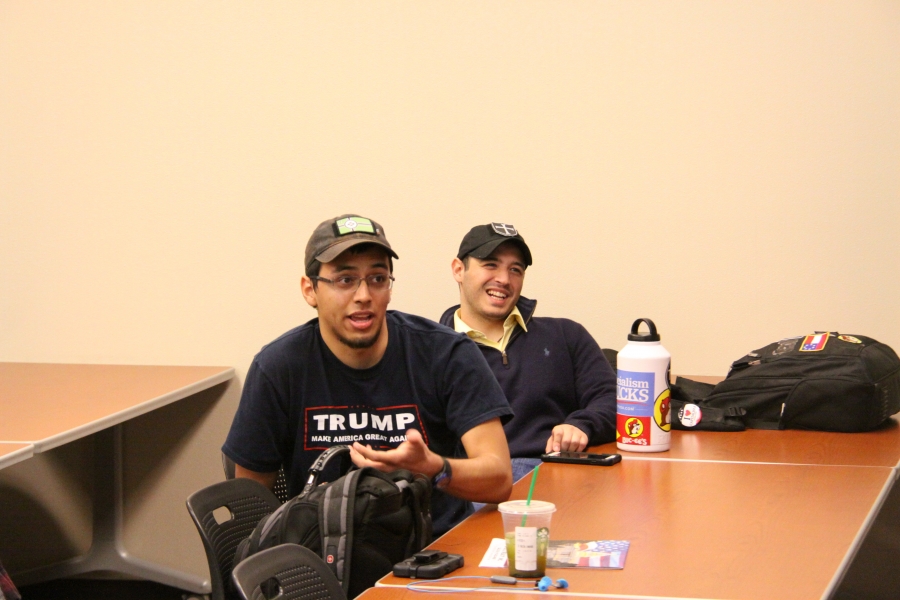 Peter Leyva, 23, is speaking during a meeting of the College Republicans at University of Texas at El Paso. Leyva opposes the DACA program.