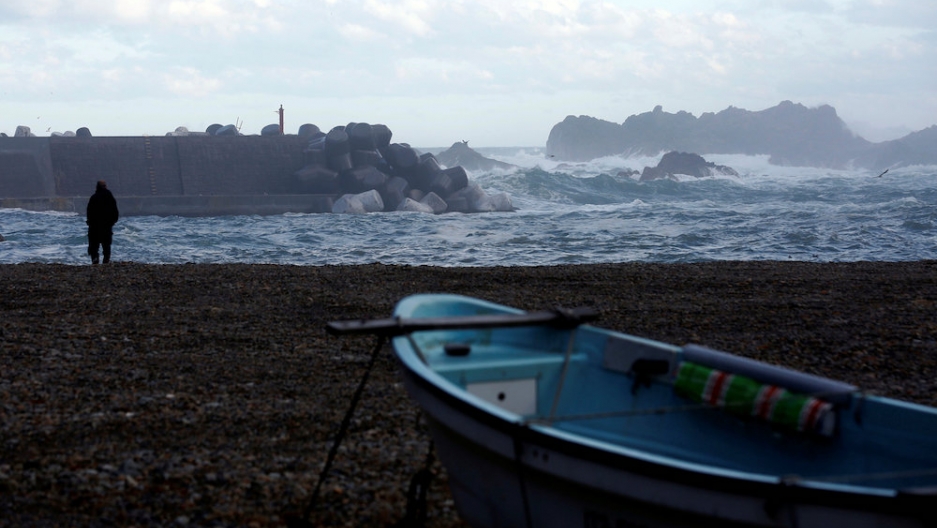 When a massive earthquake struck in 2011, Japanese oyster fisherman Atsushi Fujita was working as usual by the sea. Soon after, a huge black wave slammed into his city and killed nearly 2,000 people.

Seven years on, Fujita and thousands like him along Japan's northeast coast have rebuilt their lives alongside huge sea walls that experts say will protect them if another giant tsunami, which some see as inevitable in a seismically active nation like Japan, was to strike.

The 12.5-meter concrete wall replaced a four-meter breakwater that was swamped in the March 11, 2011 disaster. The earthquake and tsunami, which reached as high as 30 meters in some areas, killed nearly 18,000 people across Japan and triggered a nuclear meltdown at the Fukushima power plant.

"It feels like we're in jail, even though we haven't done anything bad," the 52-year-old Fujita said.

Since the disaster, some towns have forbidden construction in flat areas nearest the coast and have relocated residents to higher land. Others, such as Rikuzentakata, have raised the level of their land by several meters before constructing new buildings.

A common thread, though, is the construction of seawalls to replace breakwaters that were overwhelmed by the tsunami. More than 240 miles of walls have been built at a cost of $12.74 billion.

"The seawalls will halt tsunamis and prevent them from inundating the land," said Hiroyasu Kawai, researcher at the Port and Airport Research Institute in Yokosuka, near Tokyo.

"Even if the tsunami is bigger than the wall, the wall will delay flooding and guarantee more time for evacuation."

Many residents initially welcomed the idea of the walls but have become more critical over time. Some say they were not consulted enough in the planning stages or that money spent on the walls has meant that other rebuilding, such as housing, has fallen behind.

Others worry the walls will damage tourism.

"About 50 years ago, we came up here with the kids and enjoyed drives along the beautiful ocean and bays," said Reiko Iijima, a tourist from central Japan, who was eating at an oyster restaurant across from the seawall. "Now, there's not even a trace of that."

Part of a wall in the city of Kesennuma, further south, has windows in it - but these, too, draw complaints.

"They're a parody," said Yuichiro Ito, who lost his home and younger brother in the tsunami. "It's just to keep us happy with something we never wanted in the first place."

Fisherman Fujita said that while the tsunami had improved oyster farming in the area by stirring up sea floors and removing accumulated sludge, the sea walls could block natural water flows from the land and impact future production.

Many municipalities said the giant walls had to be in place before permission could be granted for reconstruction elsewhere.

"I can't say things like 'the wall should be lower' or 'we don't need it,'" said Katsuhiro Hatakeyama, who has rebuilt his bed and breakfast business in the same location as before. "It's thanks to the wall that I could rebuild, and now have a job."

But many find the wall hard to adjust to.

"Everyone here has lived with the sea, through generations," said Sotaro Usui, head of a tuna supply company. "The wall keeps us apart — and that's unbearable."