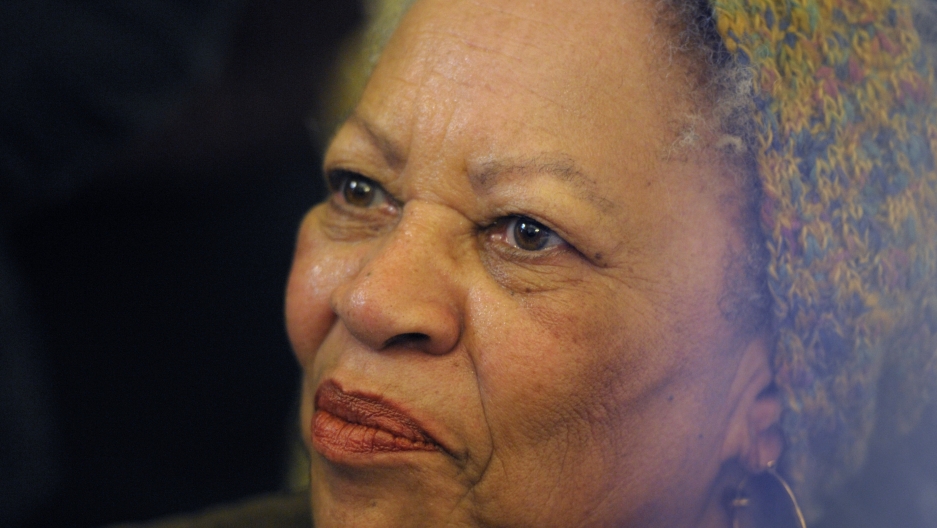 For Hilton Als’ turn guest hosting Studio 360, his first-choice interviewee was one of the greatest novelists of our time, Toni Morrison. Her ten novels have won her the Pulitzer Prize, Nobel Prize and Presidential Medal of Freedom.

Born in 1931, Morrison continues to get up early in the morning and write. “I get up before the light,” she tells Als. “I’m really smart in the morning.” Morrison didn’t write her first novel, “The Bluest Eye,” until she was 39 years old, after some years working as an editor. “I wanted to read a book about the most vulnerable person in society — female, child, black — and it wasn’t around, so I started writing it.” That first experience hooked her. “I found that when I finished that book I went very deep into a sadness, and I realized that I don’t really like it around here if I don’t have something to write.”

In 1977 she published what many consider her masterpiece, “Song of Solomon.” The impetus to write the book came from her father’s death, Morrison says. She decided to write a story set before the Civil Rights Movement, but worried that “I don’t know a thing about these men.”

Morrison recalls wishing she knew what her father knew. Born in Cartersville, Georgia, Morrison’s father left in his teens after witnessing the lynching of two black men. He settled in a steel town in Ohio, where Morrison was born and raised. She learned from him valuable lessons about work and self-worth. When she had a job in her teens cleaning houses, she complained about a mean employer.

He told her, “Go to work, get your money and come on home. You don’t live there; you live here,” she remembers. “I have never had an employment problem since.” But she confesses, “The lady was right — I did not know what I was doing. I had never seen a vacuum cleaner before.