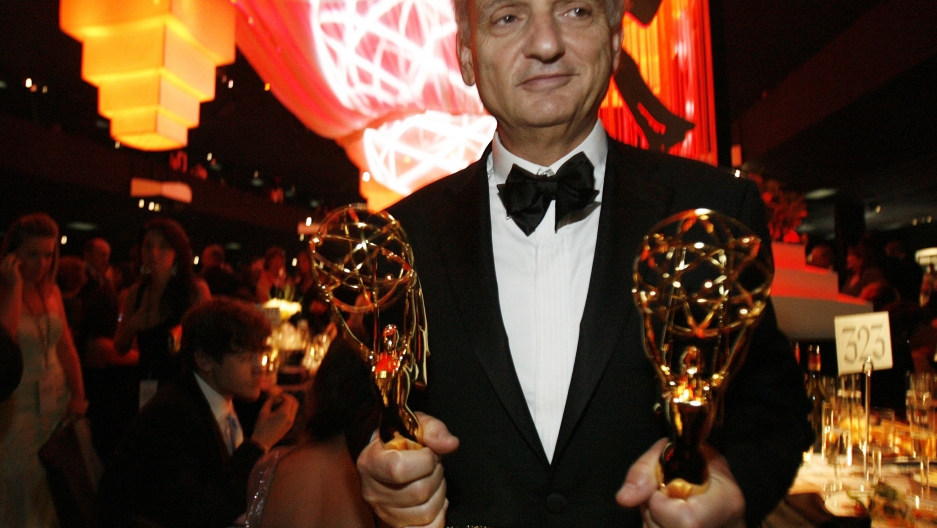 David Chase with his Emmy wins for “The Sopranos” in 2007.

David Chase launched a golden age in television drama when he created “The Sopranos.” But Chase always wanted to make movies, and 40 years after entering show business, he finally directed a feature film.

Like “The Sopranos,” “Not Fade Away” takes place in New Jersey — and the resemblance ends there. It’s about a group of 1960s teenagers who start a band and try to make it big. His movie’s hero, Douglas, plays the drums with friends in the basement, as Chase himself did. Where Douglas sets out for Los Angeles to pursue music, Chase went there to pursue film. He ended up in television, as writer and producer for shows like “The Rockford Files,” “Northern Exposure” and “I’ll Fly Away,” until creating “The Sopranos” in his 50s.

Many see that show as paving the way for a new generation of serious, complex TV dramas like “Deadwood,” “The Wire” and “Breaking Bad.” Chase is reluctant to take credit. “It never connected with me at the time,” he says of the legacy of “The Sopranos.”

“I’m glad there’s better shows on and if I had any influence on anybody about it, great.” And he says it’s unlikely he’ll create another television show. “I don’t think I could do it as well,” he says. “I don’t think I’d have the energy for it. I think I put everything into ‘The Sopranos.’ I don’t know where I’d get more.”