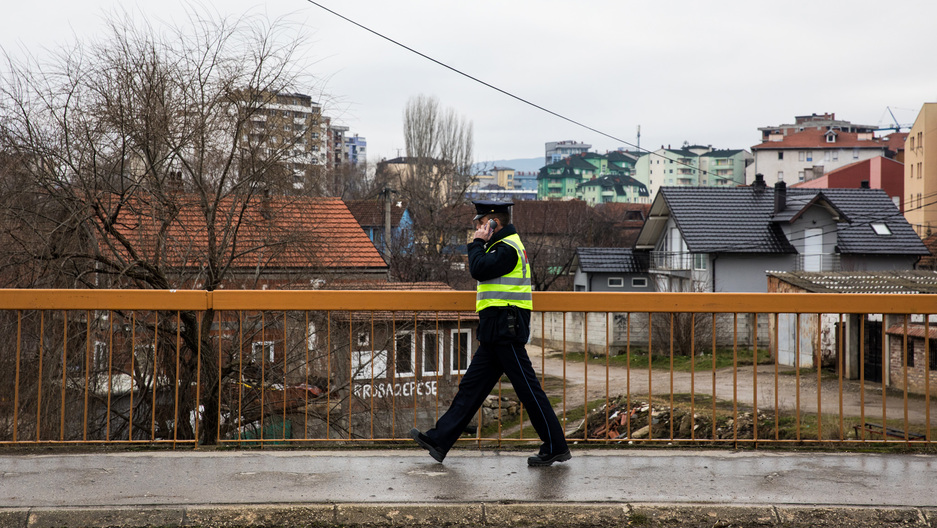 A Kosovo police officer crosses the bridge that connects north and south Mitrovica. The Ibar River serves as a natural divider in Mitrovica, where Serbs live on the northern side of the river and Albanians on the southern side.

Sylejman Neziri owns a grocery store in Ferizaj, a city in southern Kosovo where the population is mostly ethnic Albanian. He has a policy in his store: No Serbian products allowed.

The war in Kosovo happened nearly 20 years ago, but it’s still fresh in Neziri’s mind.

“The Serbian army and police massacred thousands of Albanians, raped more than 20,000 women, poisoned children,” Neziri says. “Considering this massacre, I cannot imagine having their products on my table.” 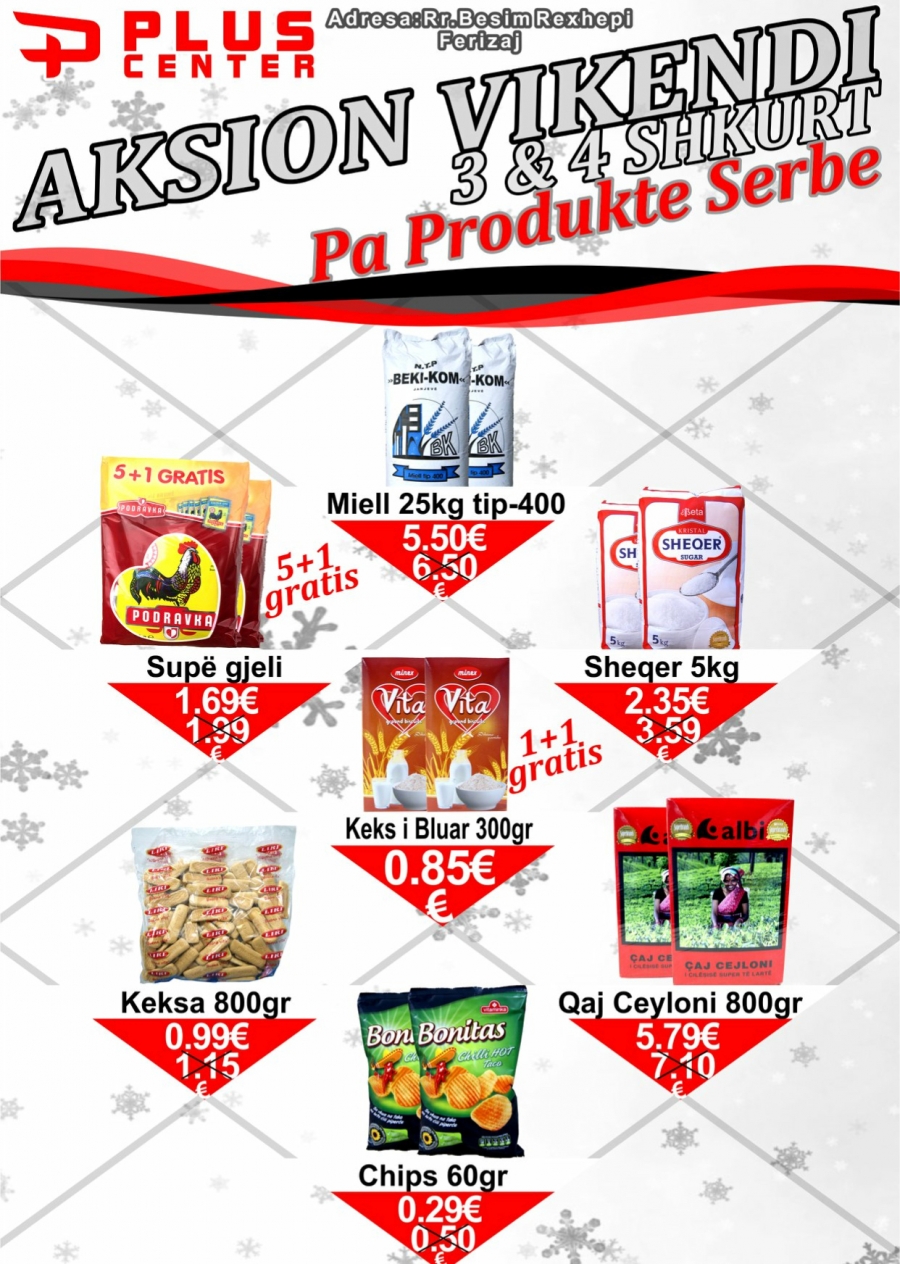 Courtesy of Plus Market, Kosovo

Before the 1998-99 war, Serbs and Albanians lived side by side in Kosovo. But that ended after NATO air strikes drove Serbian and Yugoslav forces out of Kosovo. In 2008, Kosovo declared independence from Serbia, which Serbia has never recognized.

Neziri’s refusal to sell Serbian products in his store, Plus Market, is not only about the war. He says that if Kosovo doesn’t put its own products on the shelves, its struggling young economy will never advance. Kosovo remains among the poorest countries in Europe.

On the other side of Kosovo, about 50 miles away from Neziri’s store, Filip Markovic owns a restaurant with his father. Markovic is a Kosovo Serb, and when it comes to making purchases for the restaurant, he says, “I prefer to buy Serbian products.”

Markovic does make exceptions now and then, though.

“If something is made in Albania and it’s good quality, then I have no other choice than to buy it,” he says.

Like most Serbs here, he doesn’t recognize Kosovo’s independence.

“The secession was illegal; we were never asked about the secession. It was completely one-sided,” he says. “You will be really hard-pressed to find a Serb who recognizes Kosovo’s independence.”

Markovic’s restaurant is in Mitrovica, the city that’s split between Serbs in the north and Albanians in the south. It's a tense division. On the northern side, people speak Serbian, read Serbian newspapers, and use Serbian money, the dinar. Just across the Ibar River, in the southern part of Mitrovica, the population speaks Albanian and uses the euro. 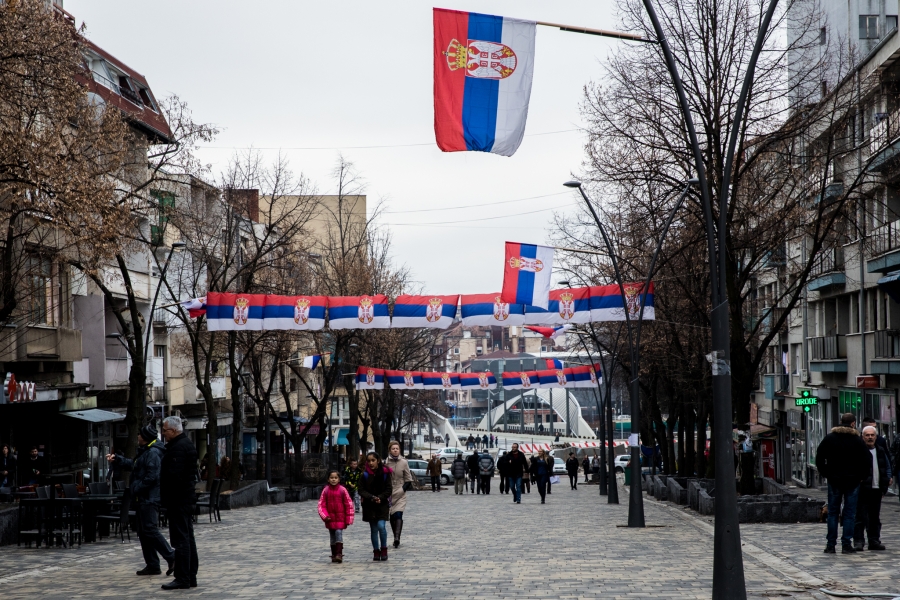 Serbian flags line a pedestrian-friendly road in north Mitrovica, a Serb-majority area in northern Kosovo. The city is split along ethnic lines, divided by the Ibar River.

One of the first things you see when you cross over the bridge into the Albanian side is an ETC hypermarket — basically a Kosovo version of Costco. Albanian and Kosovar flags hang on the walls, Albanian pop songs play overhead and yet this is one of the few places in Kosovo where Serbs and Albanians come together. Not to socialize — just to shop. The prices are good.

“The only opportunity to meet … are at these [big] supermarkets,” says Sefet Selmani, an Albanian shopper here.

Milica Andric, who comes from north Mitrovica to shop, notes that while most Serbs and Albanians still don’t mix outside this store, they can at least coexist in the same supermarket aisle.

“We can shop next to each other and not fight, which is an improvement for our communities,” Andric says.

Andric points out the irony that nongovernmental organizations, or NGOs, have put so many resources into peacebuilding in Kosovo and yet it’s happening in a small way inside this supermarket.

But after shoppers go through the checkout, they don’t linger. The Serb customers gather their groceries, get into waiting taxis and make the trip back over the bridge to the northern side. 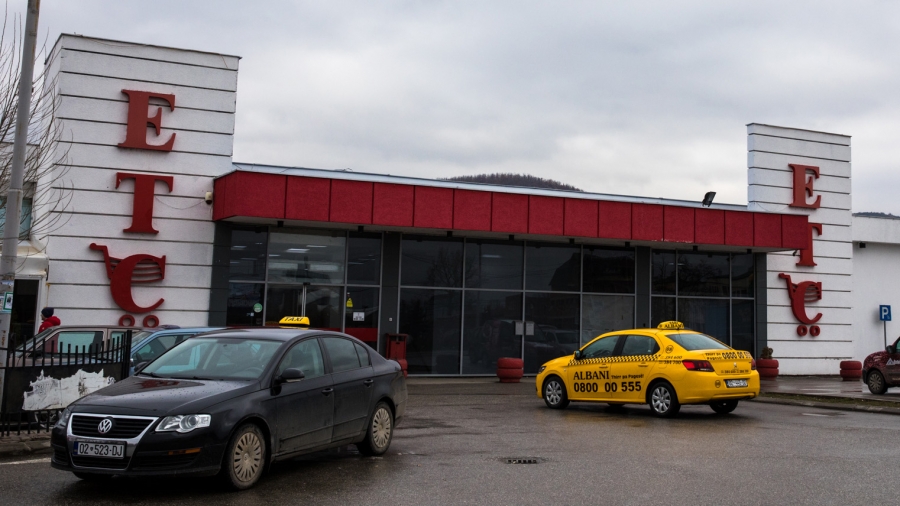 Taxis line up outside the ETC supermarket in south Mitrovica, to take Serb customers back to north Mitrovica.