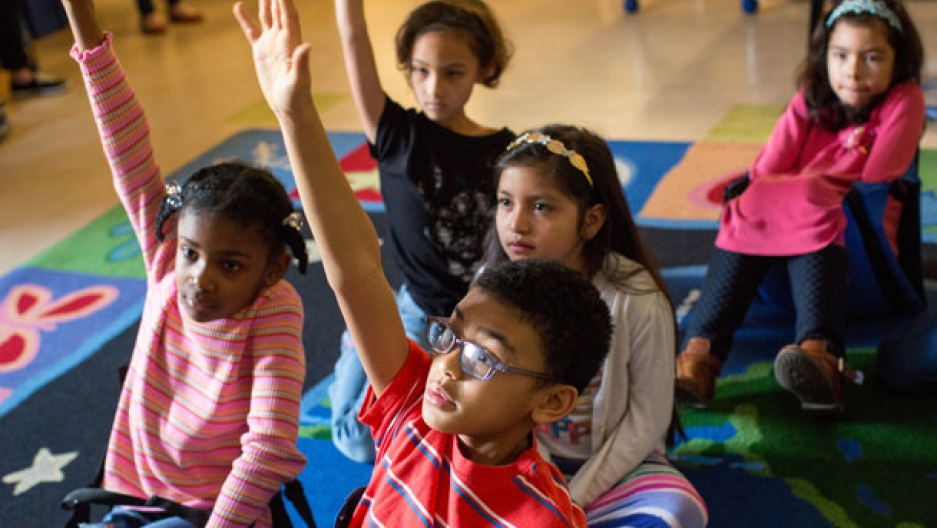 Students’ intelligence and ability to learn is negatively impacted by exposure to air pollution.

School is supposed to be a safe environment, but a recent study in the journal Environmental Research has found that at many public schools, children are being exposed to harmful levels of air pollutants. Out of nearly 90,000 public schools studied, only 728 had the safest possible score.

The study found the five worst polluted areas included New York, Chicago and Pittsburgh, as well as Camden and Jersey City, based on air quality measurements of more than a dozen neurotoxins.

The researchers looked at a variety of chemical pollutants, such as lead, mercury, toluene, manganese and polychlorinated biphenyls, which come from sources like industrial activities, combustion engines, refining, waste incineration and mining.

“There's evidence that when you inhale these types of toxins, they gain entry to the body and then the body mounts an immune response which causes swelling, and this neuroinflammation in the brain leads to the damage of neural tissues,” says study lead author Sara Grineski, a professor of sociology and environmental studies at the University of Utah.

“[This has] been linked to autism, ADHD and, later in life, Parkinson's disease and Alzheimer's disease,” she notes. “All kinds of neurological conditions are starting to be traced back to having an environmental component to their origins.”

This exposure can affect kids for the rest of their lives, Grineski emphasizes. “This neurological impact is so subtle and so insidious that it's hard to even know if your child has been affected or is being affected,” she says. “You wouldn't know if their math score would have been a little higher if they lived in a different neighborhood.”

The effect on these young, developing brains can be profound. Grineski points to a study done by Dr. Lilian Calderón-Garcidueñas at the University of Montana. Dr. Calderón-Garcidueñas performed autopsies on children in Mexico who had died in traffic accidents. The brains of children who came from rural areas looked as one would expect, Grineski explains, while the brains of children from highly polluted areas like Mexico City show signs of early-stage Alzheimer’s disease.

In the US, low-income and minority children are disproportionately stuck in schools with poor air quality, according to the study. Schools with a higher percentage of African American, Latino and Asian children had significantly higher levels of the neurotoxicants in the area surrounding their schools, Grineski says.

“It's a pretty strong pattern,” she notes. “It’s statistically significant, and it's quite notable that students from these racial, ethnic, minority backgrounds and also students who are poor, face higher levels of these air toxins at their schools. So, there's clearly an injustice present that … is reflective of broader issues related to racial and class discrimination in the country.”

Schools are often located on cheap land, Grineski points out, and cheap land is often found in areas near major freeways or hazardous sites. Only 10 US states have a policy in place to prohibit locating schools in areas that are known to be environmentally hazardous. The other 40 states and Washington, DC, don't have a policy at all.

“It's quite surprising [and] depressing,” she says. “We know that children are more vulnerable to air pollution than adults. They have less developed lungs. They spend more time outside. They consume greater quantities of oxygen per body weight. So, their exposure is higher and the consequences are likely greater because they are developing and they are changing and their cells are growing so fast. It's not a happy finding that we have our youngest students facing high levels of exposure.”