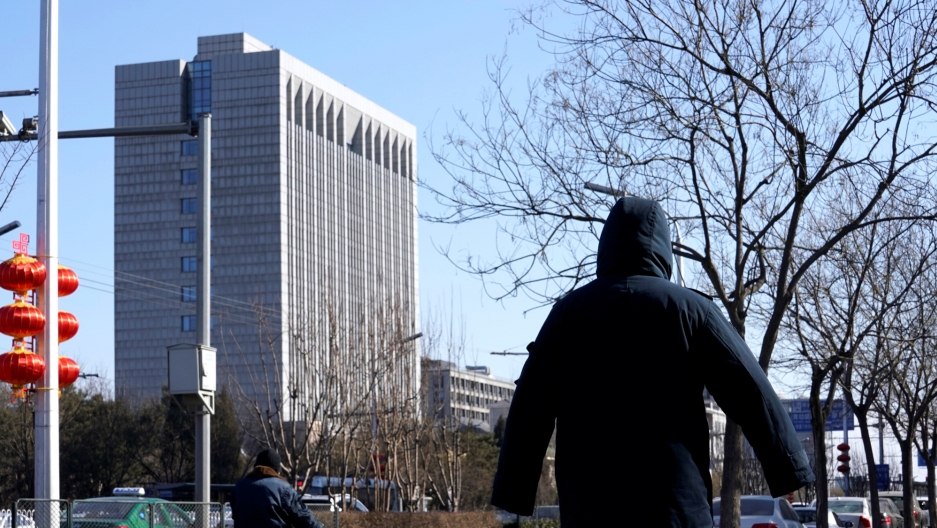 The headquarters of the Central Commission for Discipline Inspection of the Communist Party of China is pictured in Beijing.

Chinese President Xi Jinping's war on graft is set to extend it to all state employees raising the concerns about forced confessions and miscarriages of justice, some legal scholars say.

Probes undertaken as part of Xi’s anti-corruption campaign have used the party’s rules for internal investigations and are therefore outside the boundaries of China’s criminal justice system.

That means reforms introduced in 2012 that provided some protection to suspects don't apply in those cases.

Xi has vowed that his fight against deep-seated corruption in the ruling Communist Party should intensify, saying that China needs strong mechanisms to form a "cage" to prevent officials of all levels from breaking rules.

At an upcoming annual meeting in March, China's parliament is expected to establish a new government branch, the National Supervision Commission, potentially on par with China's cabinet and military commission, to oversee the fight against corruption. The changes are expected to further empower the already feared party watchdog, the Central Commission of Discipline Commission (CCDI), political analysts say.

In some localities, the number of individuals that could be targeted with an investigation will increase many fold after the provincial-level branches of the commission are established, according to state media reports.

In the eastern port city of Tianjin, for example, those being supervised will jump to 600,000 from 90,000, according to state-backed Beijing News. Nationwide figures for the increase have not been released.

All state and public-sector employees, as well as managers working for a state-backed schools, hospitals, institutes or companies, can be targeted by the new supervision, regardless of whether they are a party member or not, according to the latest draft of the pending supervision law.

It is unclear from the current draft whether regular staff at state-backed institutions can be investigated, thought some experts believe the wording leaves this possibility open.

Though China’s criminal justice system has long been criticized for its failure to stamp out forced confessions and illegal detentions, an amendment to China’s criminal procedure law in 2012 was seen by legal scholars as having made modest progress toward better protection of suspects rights and improved requirements for evidence.

Those provisions have been used in the overturning of a number of high-profile cases of miscarriages of justice.

In 2014, for example, Nian Bin, a former food stall owner, was acquitted of murder charges after the court found there was insufficient evidence against him. Nian, who was jailed for eight years before the ruling, said the police tortured him until he confessed during investigations.

The National Peoples Congress declined to comment on the issue. A parliament news department official said they would answer reporters' questions during next month's parliament session. The CCDI did not respond to requests for comment.

Since the proposed reforms were announced by the CCDI in 2016, it has faced a flurry of criticism from Chinese legal experts, who have called for more limits on the commission's power, warning that a system without constraints puts suspects at risk.

In recent months, as the plan nears realization, many critics have stopped speaking out publicly, but some legal scholars told Reuters that their fears persist.

Tong Zhiwei, a law professor at the East China University of Political Science and Law in Shanghai, said he is concerned that the body will be too politically powerful to be held in check by the courts or prosecutors.

Jiang Mingan, a legal scholar at Peking University, said that the leadership has yet to fully take on board expert suggestions on the need for suspects to be protected by criminal procedure law and access to legal counsel.

"There are two goals for the supervision law, one is to strengthen anti-corruption, the second is to standardize the commission's behavior and prevent abuses. As I understand it, more needs to be done for the second goal," he said.

The special investigatory measures used during Xi’s war on graft are necessary to cut through powerful networks that might allow corrupt officials to interfere with local investigations against them, according to party statements.

One such measures is a secretive and controversial system of residential detention known as "shuanggui," which rights groups say allows torture.

In 2013, a Chinese court found five CCDI officials guilty of torture after they accidentally drowned a suspect while attempting to extract a confession.

Xi announced last October that under the supervision commission the "shuanggui" system would be replaced with a "liuzhi" or detention system.

The new law includes steps to prevent abuses, such as informing family members and employers shortly after a suspect is detained and required video recordings of interrogations, according to the most recent draft.

One potential change, for example, is the introduction of dedicated detention centers with video and sound recording equipment for use by only the commission, rather than using hotel rooms as was common under shuanggui.

But as the draft law stands, the system will have much in common with shuanggui and the failure to ensure suspects have access to a lawyer as soon as they are detained risks abuses, rights groups and some scholars say.