The New Belgium Brewing Company is the fourth-largest craft brewer in the US. Their beers are in demand across the globe, but the company is hesitant to expand exports too quickly.

Back in 2010, a pivotal moment arrived for American craft beers at Munich's Oktoberfest.

“They announced, ‘The gold medal for the best Oktoberfest in the world went to — gasp — Samuel Adams' Octoberfest.' The air went out of the room,” said Jim Koch, founder of the Boston Beer Company, which brews Samuel Adams beer.

In the years that followed, more and more overseas beer drinkers sought out the bold, often hoppy experiments coming from America. Exports of US craft beers soared. But in the past year, exports, while still growing, have cooled off.

Why? Look to the New Belgium Brewing Company in Fort Collins, Colorado — the company’s Fat Tire Belgian-style ale has become one of the most popular craft beers in the US.

“We’re the fourth-largest craft brewer in the country as judged by annual barrel production,” says Jessie Claeys, a spokesperson for New Belgium. “We were founded in 1991 in the basement of a Fort Collins home just a mile away from here.”

New Belgium’s foreign sales remain small, less than 5 percent of their business. But Casey Kjolhede, who manages export markets for New Belgium and looks for viable new markets, says she gets frequent requests for their beer from across the globe.

“You name it, they’ve probably reached out. I mean, even United Arab Emirates, I hear from them a lot. All of Europe, South Africa, Brazil a lot, Taiwan, Cambodia, you’d be surprised how much the world is looking at American craft [beer],” says Kjolhede.

But when the calls come in, she tells potential customers thanks, but no thanks: “I say, ‘What an honor and thank you so much for wanting our beer and reaching out.’ It just feels like an honor.”

Why turn business away, especially if your job is to grow exports? Kjolhede says they need to take it slow and get things right. The fact is, it’s expensive to ship a heavy liquid overseas. And logistically it’s tricky.

Beer needs to be refrigerated throughout the entire journey from the brewery in Colorado to the bar in Seoul.

Kjolhede says shipping overseas adds about 75 percent to their costs. So a six-pack of Fat Tire that sells for $10 in Denver could easily cost $18 in Stockholm. You need to do it the right way, though. If a beer drinker in Oslo or Tokyo picks up a less-than-fresh Fat Tire … there goes a potential customer for life. 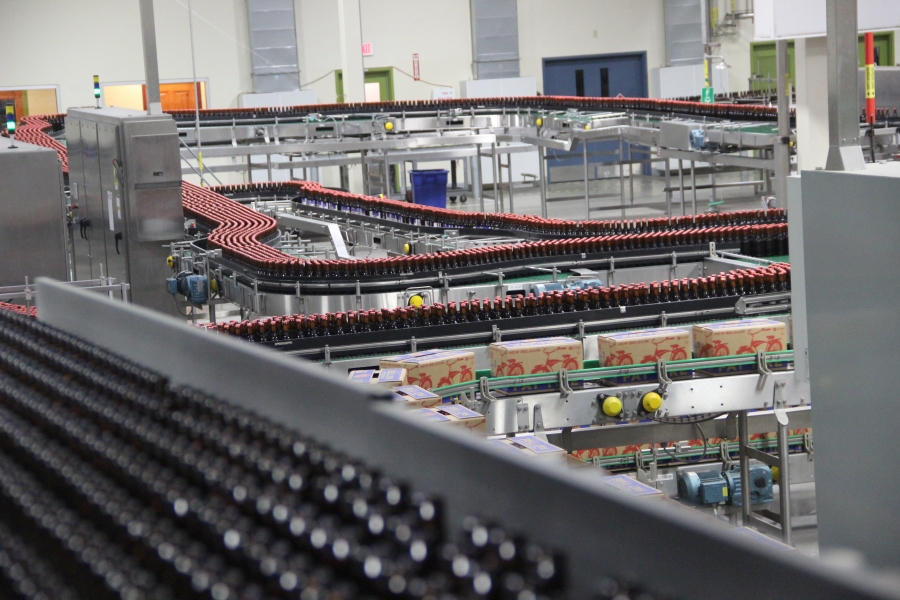 New Belgium Brewing Company’s bottling facility in Fort Collins, Colorado. The company is 100 percent employee-owned. Employees are given a free bike on their 1-year work-hire anniversary.

American craft brewers have a few other hurdles to overcome, as well.

“One is that the dollar isn’t necessarily in a favorable position,” says economist Bart Watson with the Brewer’s Association in Boulder, Colorado, a group that represents American craft brewers. (A stronger dollar makes American beer more expensive overseas.)

“We’ve started to see the same explosion in breweries in other countries that we saw in the United States,” says Watson. “So, suddenly there are a lot of fuller-flavored options in many of the markets that US brewers were exporting into.”

Then there’s this perennial challenge: How do you get noticed in a new market?

“You know, if I knew the perfect answer to this question, we’d be gazillionaires probably,” says Kjolhede.

A few American craft brewers have cracked the export code. Brooklyn Brewery, best known for its amber lager, is among the largest craft beer exporters — roughly half of its revenues now come from exports.

Eric Ottoway, the company’s CEO, says they’ve been able to grow overseas because they were early entrants, so they got a leg up on the competition. And they found a cheaper way to transport their beer. Most exporters ship bottles, cans and kegs; Brooklyn began shipping beer in huge tanks.

Shipping in a tank saves packaging weight and, in turn, costs. Also, you don’t have to ship kegs back home to New York.

Ottaway says the other key to Brooklyn’s export growth has been partnerships with local brewers to make and distribute their beer. 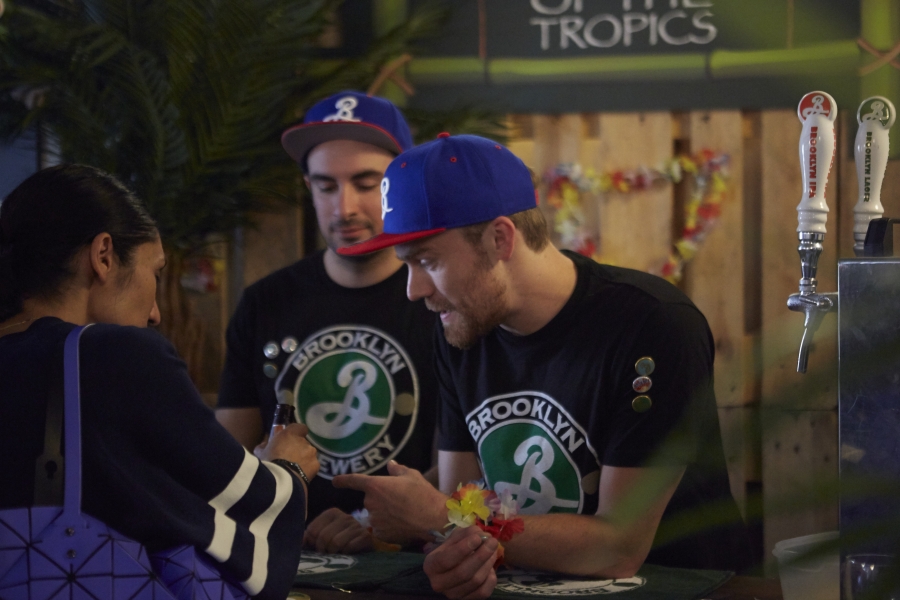 Brooklyn Brewery has become one of the leading exporters of American craft beer. The company holds events across the globe, including its “Beer Mansion” festival events, like this one in Paris.

Kjolhede, with New Belgium, says she “admires” Brooklyn for finding new ways to tackle international markets, and she says New Belgium is also exploring partnerships with foreign brewers. But, she adds, that carries some risk.

“It's strange that consumers all of a sudden change their mind about your beer if someone else is brewing it — it no longer becomes an authentic American-imported craft," says Kjolhede. “And so we've seen some other breweries falter because they chose to do that, and they're viewed differently in the marketplace now.”

Kona Beer, the one with Hula dancers on the label, isn't brewed in Hawaii. Jamaica's iconic Red Stripe beer was being brewed in Pennsylvania for a while. Both beers faced some serious blowback — and lawsuits — from customers who felt duped.

Eric Ottaway with Brooklyn says they haven’t had many problems … except there were a few Australians who tried a Brooklyn beer — brewed in Australia — then said: Hey, this tastes different!

“My response was, ‘Well, yeah, now it tastes like it actually should as opposed to beer that’s been sitting on the water for six weeks,” says Ottoway.

Add it all up, for beer drinkers in Sydney, or London, or Bangkok who really want an authentic American craft beer straight from the source — and one that’s been chilled to perfection all along the route — for now, they’re going to have to pay a premium.