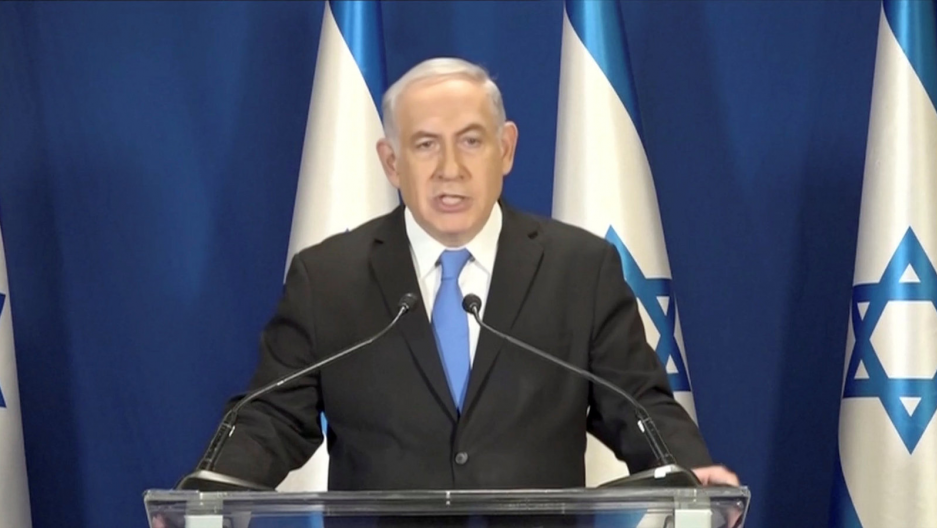 Now deep in a cloud of uncertainty over his political future, the right-wing leader will await a final decision by Israel's attorney general on whether he will face charges, a process that could take weeks or even months.
The recommendations, which police made public on Tuesday night, were at the more serious end of the range of charges that had been expected to be leveled against Netanyahu, now in his fourth term. The investigations have gone on for more than a year.
One of the cases, known as Case 1000, alleges the "committing of crimes of bribery, fraud and breach of trust by the prime minister, Mr. Benjamin Netanyahu."
In a detailed statement, police named Arnon Milchan, a Hollywood producer and Israeli citizen, and Australian businessman James Packer, saying that they "over years awarded gifts of various types", including champagne, cigars and jewelry to Netanyahu and his family.
In all, the gifts were worth more than one million shekels ($280,000), the statement said.
Netanyahu's lawyers have said the presents were simply tokens of friendship and no quid pro quo was given.
The second, Case 2000, also alleges "bribery, fraud and breach of trust by the prime minister" and by the publisher of the biggest-selling Israeli newspaper Yedioth Ahronoth, Arnon Mozes. The two men, police say, discussed ways of slowing the growth of a rival daily newspaper, Israel Hayom, "through legislation and other means."
Netanyahu, who denies wrongdoing, has been questioned several times by police since the start of 2017.
In a televised address from his Jerusalem residence just minutes after police made public their recommendations, Netanyahu said he had never sought personal gain in his public service.
Against the backdrop of Israeli flags, he spoke in somber tones as he recounted his days as an Israeli commando and reaffirmed his commitment to Israel's security.
"I will continue to lead Israel responsibly and faithfully for as long as you, the citizens of Israel choose me to lead you," he said. "I am certain, I am certain, that the truth will be revealed, and I am certain that at the next elections, which will be held on schedule, I will earn your trust again, with God's help."
Israel is next scheduled to go to the polls in late 2019.
"Because I know the truth, I tell you ... things will end in nothing," Netanyahu said.
Jeffrey Heller of Reuters reported from Jerusalem.