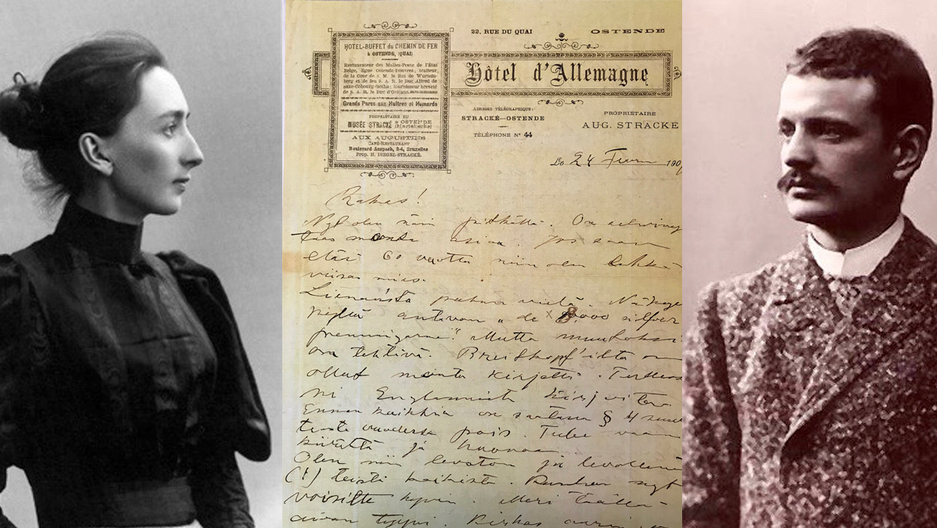 Aino and Jean Sibelius flanking a letter written by Jean to Aino.

For decades, linguist Helena Halmari has been studying code-switching, the practice of switching languages or dialects in a single conversation.

Halmari, a linguist at Sam Houston State University, is a native of Finland. 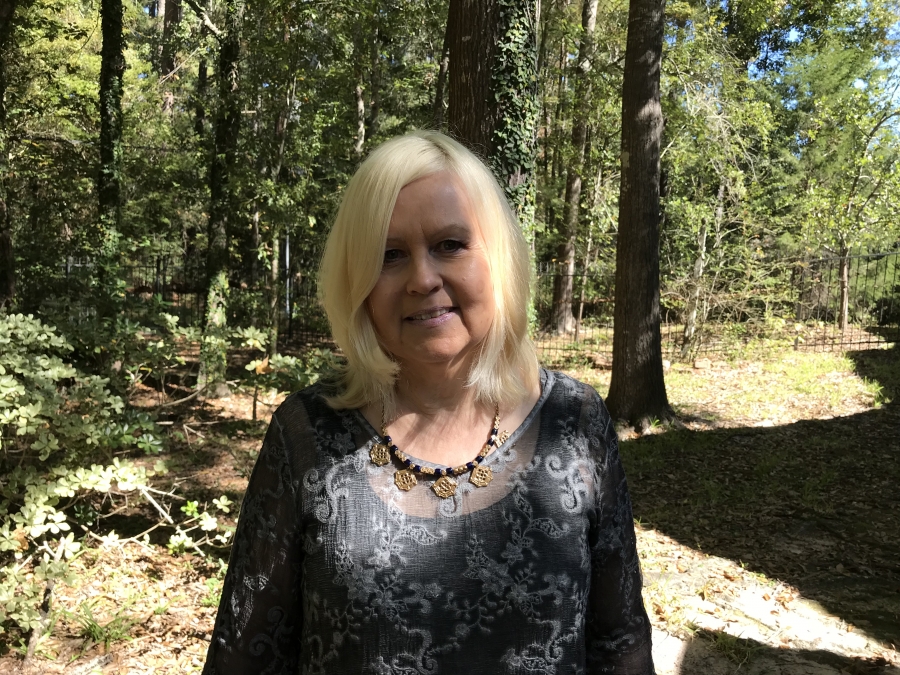 In 2015, Halmari's attention was drawn to the bilingual correspondance of Jean and Aino Sibelius. It was 150th anniversary of Sibelius' birth.

I talk with Halmari for The World in Words about what she discovered about code-switching from her analysis the correspondence.

It was a great excuse for me to familiarize myself with Sibelius' music, and his profound effect on Finnish culture.

US-based Finn Sauli Pillay helps me with this. He tells me that Sibelius didn't mean that much to him until he returned to Finland in late 2017 for the celebrations for the centennial of Finnish independence. It was the night of December 6. Pillay was among a crowd of thousands who had gathered in central Helsinki. 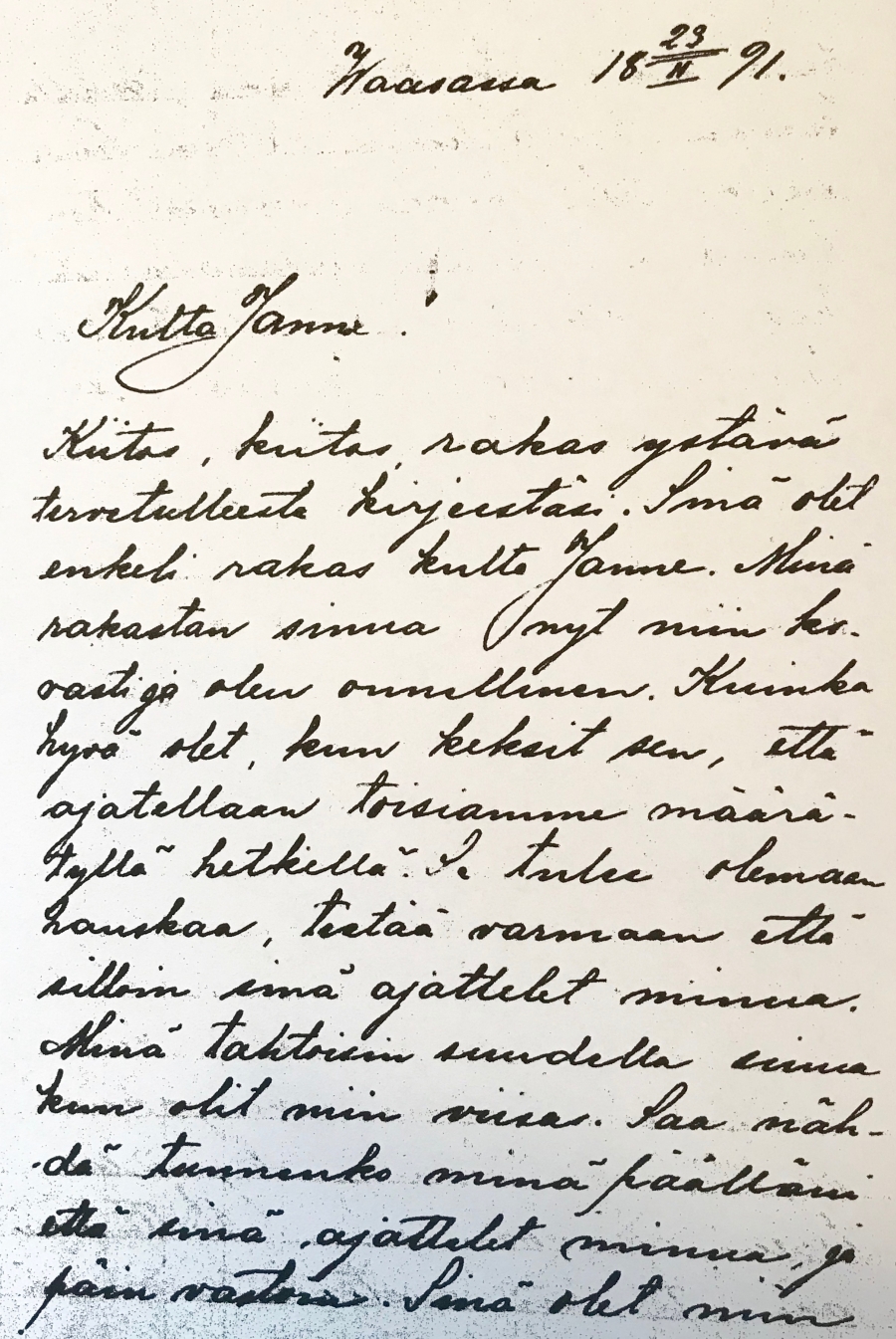 A letter from Aino to Jean Sibelius.

"I was waiting for the fireworks, and they were playing 'Finlandia,'” says Pillay. "I felt, wow! Maybe I’d just had a few drinks and was sentimental, but it was quite beautiful.”

Finns tend to think of 'Finlandia' as a perfect evocation of the Finnish soul. But 'Finlandia' has been turned into a hymn and been sung around the world. A version of it became the national anthem of the would-be breakaway nation of Biafra, in southeastern Nigeria.