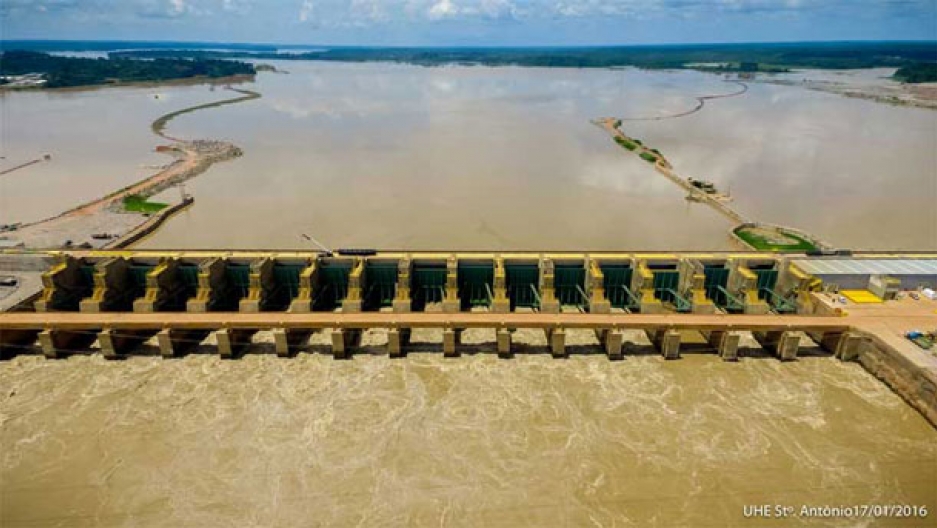 The Santo Antônio dam on the Madeira River, Brazil, part of the Madeira Hydroelectric Complex.

Scandal and protests have prompted the Brazilian government to call a halt to more mega-dam construction in the Amazon.

For about the last 20 years, Brazil had “really grandiose plans” for more than 80 big dams in the Amazon basin and some of them have gone ahead, says Sue Branford, a Brazil reporter for the environmental news agency Mongabay. But problems keep arising with these projects.

“I think some of the problems come back to the fact that they were being funded by the state,” Branford says. “Successive governments took electoral funding from the construction companies and then had to find a big project that it could set up so that it could pay them back, and this got worse over the years.”

About two or three years ago, Branford was involved in a research project on Belo Monte, which is the largest dam in the Amazon and the third largest in the world. She interviewed engineers, environmentalists and energy experts and “couldn't actually find anybody who thought it was a good project.”

“In the end, I rather concluded that the only reason it was going ahead was because the Workers' Party, which was then in power, needed a big project in the Amazon so it could pay back the construction companies,” Branford says. “That really isn't a very good basis on which to be developing energy in the Amazon.”

One the of main problems with these projects is how they disturb the rivers and the surrounding forests. “The river is really central to the survival of the forests,” Branford explains. “You need what’s called a pulse — you need the river water to rise during the rainy season and then fall during the dry season. Sometimes, the difference in river level is something like nine meters [30 feet]. In the rainy season, you can go out in a canoe and go into the canopy of the forest, and you can see the fruits and the seeds of the trees dropping into the water.

“Then, when the water goes down, these seeds and fruit are food for the fish,” she continues. “If you put dams on the river, you break this up. The river no longer has this pulse, no longer goes up and down. So you are disturbing the whole rhythm of the forest.”

The other major problem with the dams is their effect on the indigenous peoples who live near them. The Teles Pires dam on the Tapajós River, for instance, was constructed near the village of the Munduruku Indians and destroyed one of the tribe’s most sacred sites.

Local tribes are “absolutely determined to put an end to these big dams, and their opposition has been very important,” Branford says. 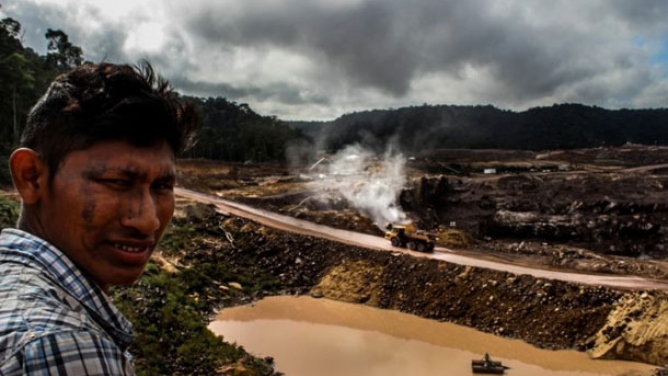 The Brazilian government also promised the hydroelectric dams would provide electricity to remote areas, but, in the majority of cases, this hasn’t happened, Branford adds.

“These projects were really geared to big mining projects,” she says. "Things like bauxite. If you're going to process bauxite into aluminum, you need a lot of energy. This is what they were really about. The number of times I've traveled near a big dam in the Amazon and the local people have power shortages — have all kinds of problems with energy — because they're just not getting the energy from the big dams.”

While the government minister hasn’t come out with a clear announcement about halting construction of mega-dams, Paolo Pedrosa, the executive secretary of the Ministry of Mines and Energy — “really the power behind the throne,” according to Branford — has said he thinks the period of mega-dams has come to an end.

The decision is not so much about environmental awareness as it is about money, Branford believes. Brazil now has a right-wing government, which is cutting back drastically on the money that goes to state companies. In addition, solar and wind energy are getting much cheaper.

Still, Branford sees “a growing awareness among a lot of people that it really does not make much sense to go on cutting down all this forest to create these big infrastructure projects.”

“People know that this will liberate more carbon dioxide into the atmosphere. It will mean that these trees aren't absorbing carbon dioxide. It's just making the whole crisis worse,” she says. “But whether this growing awareness will gain momentum and be sufficient to actually stop the deforestation of the Amazon, nobody knows.”