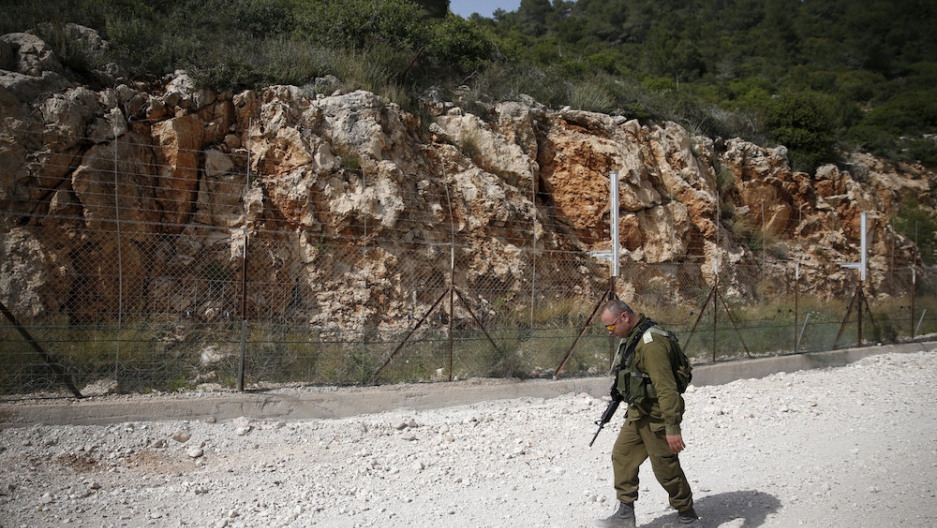 An Israeli soldier walks near the area where the Israeli army is excavating part of a cliff to create an additional barrier along its border with Lebanon, near the community of Shlomi in northern Israel April 6, 2016.

Lebanese leaders have accused Israel of threatening the stability of the border region. Arguments over the wall and Lebanon's plans to explore for offshore oil and gas in disputed waters have elevated tensions between them.

"This wall, if it is built, will be considered an assault on Lebanese land," the secretary general of Lebanon's Higher Defense Council said in a statement after meeting senior government and military officials.

"The Higher Defense Council has given its instructions to confront this aggression to prevent Israel from building (the wall) on Lebanese territory," it said, without elaborating.

Israeli officials did not immediately respond. Israel has previously said that the wall, and a disputed Mediterranean gas field, were on its territory.

The Lebanese government says the wall passes through territory that belongs to Lebanon but which is located on the Israeli side of the U.N.-designated Blue Line, which demarcated Israel's withdrawal from southern Lebanon in 2000.

As for the gas field, Lebanon has an unresolved maritime border dispute with Israel over a triangular area of sea of around 330 square miles that extends along the edge of three of five blocks Lebanon put to tender early last year.

Lebanon in December approved a bid by a consortium of France's Total, Italy's Eni and Russia's Novatek for two blocks. One of the awarded blocks, Block 9, borders Israeli waters.

Calm has largely prevailed along the frontier since 2006, when Israel fought a war with Lebanon's heavily-armed Shi'ite Hezbollah movement.

The month-long conflict killed about 1,200 people in Lebanon, mostly civilians, and 160 Israelis, most of them troops. There has been no major confrontation between Israel and Iran-backed Hezbollah since.