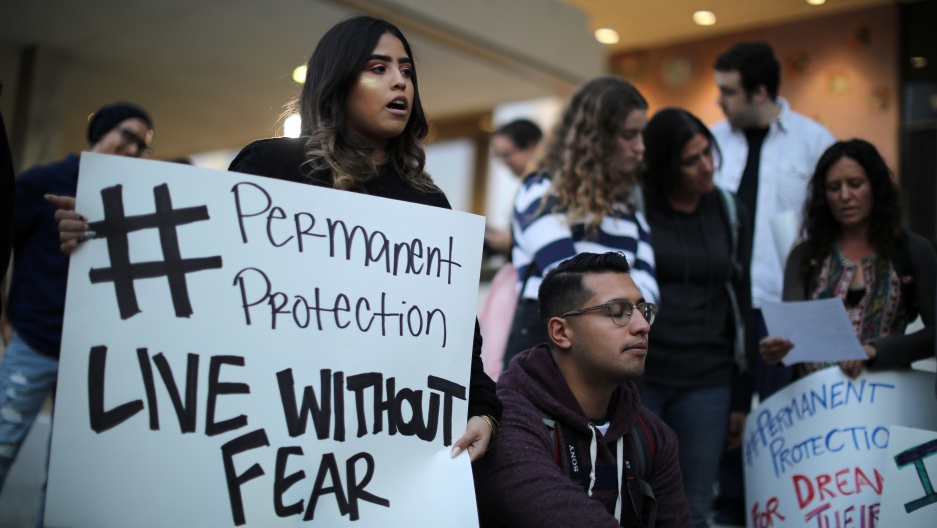 White House Chief of Staff John Kelly on Tuesday suggested that young immigrants who have not applied for legal status are either afraid or "too lazy to get off their asses."

Mana Yegani, an immigration lawyer in Houston, says there are many reasons young immigrants have not applied for Deferred Action for Childhood Arrivals (DACA), but none have to do with laziness.

Fear, however, is one of them, Yegani says.

Many children and young people were afraid to apply for DACA because they had to put their home address on government forms. Many didn’t apply because they were afraid the government would take their undocumented parents. Not because of LAZINESS. Ignorant comment from Gen Kelly. https://t.co/Ev0UIpm3Us

Yegani remembers encouraging people to apply for DACA when President Barack Obama made it available by executive order.

“But the issue was that when people apply for DACA, they have to fill out this form which gives the federal government their names, their addresses, even really detailed information," she said. "[It asks questions like] what border town did you enter the United States, what date that you crossed the border illegally.”

So many young undocumented people, Yegani says, “were terrified to apply” because they thought it put their parents at risk for deportation.

With Obama as president, she assured them that the information they provided would not be used to deport them or their parents. Now, under Trump, she thinks it might.