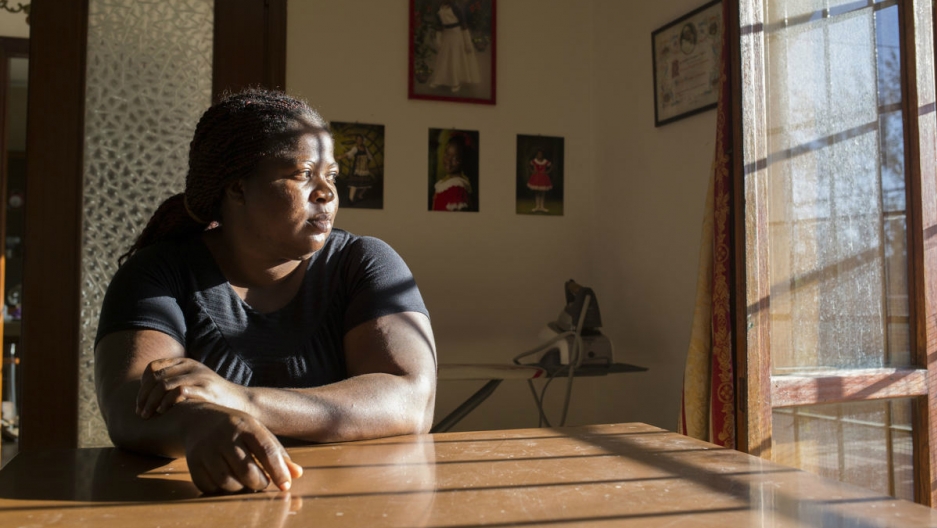 Pat traveled from Nigeria to Florence in search of work and was sold into a sex trafficking ring. After she escaped, she lived as an undocumented migrant in southern Italy until an advocacy group helped her secure status. Now she's applying for Italian citizenship.

When Pat's father died and her family didn't have enough money to survive in Nigeria, friends told her about a job taking care of children in Florence. She signed up and traveled there in 2000. But there was no job. She was sold to a sex trafficking ring.

Pat, who preferred that her last name not be used to protect her identity, escaped owing thousands of dollars and her traffickers sought revenge. Back in Nigeria, they found Pat's sister and beat her so badly she died from her injuries.

With no papers, no job and terrified for her own security and her family's, Pat fled Florence to southern Italy. She based herself in Naples and the surrounding areas, where the informal economy makes it easier for undocumented migrants to find work. She managed to survive, but she struggled.

"When you work without documents the payment is small, but I didn't complain because I just needed a way to survive," she said. "The first job I had was a cleaning job at a company. There was a day the police people came to check and I didn't have documents, so I was forced to stop and look for another job, and then another job after that. That's how I lived my life."

The area around Caserta and Castel Volturno, where Pat lives, is home to one of the biggest African communities in Italy. An estimated 5,000 to 6,000 undocumented migrants live and work there. Sympathy for migrants is wearing thin in the country and the far right has stoked anti-immigrant sentiment ahead of general elections in March. While the number of arrivals has slowed in recent months, Italy still struggles to accommodate the hundreds of thousands who have entered the country in the last 20 years. New asylum-seekers arrive every month.

While migrants living in the south find easier ways of making money to survive, they're also particularly vulnerable to being exploited because of the Camorra, the notorious mafia organization based in Naples. But they're also growing increasingly aware of their rights and their power to help each other fight for fair treatment. 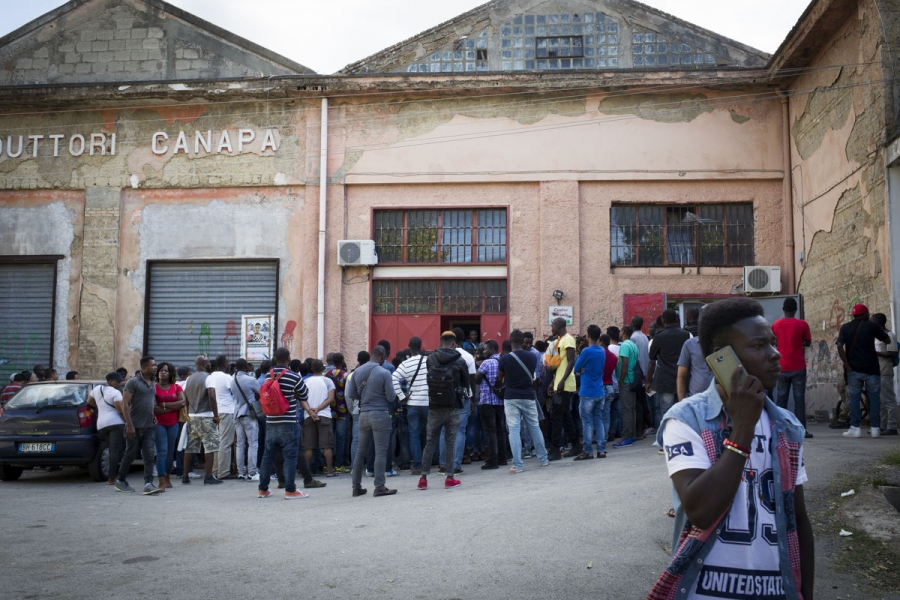 On a recent Monday afternoon, the staff of the Refugees and Asylum Seekers Movement in Caserta (MMRC) welcomed new members among a crowd of mostly African migrants who gathered for a weekly meeting. Those who were attending the meeting for the first time introduced themselves in French, English or Italian and mentioned the number of years they'd been living in Italy without documents.

"You're more Italian than us," one of the organization's mediators said, with a reassuring grin, to a migrant who's been in Italy for three years.

One of the key things the MMRC does is help undocumented workers obtain papers that allow them to live and work legally. The majority of the people who seek the organization's help are economic migrants, not refugees from war. Refugees can win asylum, but migrants are usually denied permission to stay in Italy. The advocacy group wanted to change that and came up with an original way of dealing with the issue: By making the case that Italy is leaving these people vulnerable.

"In Italy, there's a kind of protection — it's called protezione umanitaria [humanitarian protection] — you can give to people who are vulnerable. People can be vulnerable because they have no documents and that increases the chances that they're exploited by employers in Italy," said Maria Rita Cardillo, an Italian activist with the MMRC.

Using this argument, the movement has been able to persuade the authorities that it's better for both the migrants and Italian society as a whole if these long-term undocumented residents receive papers. And the activists in Caserta think this solution can be implemented elsewhere.

"If people don't have documents, they're obliged to live in an informal way, using the informal economy to eat, work, rent a house and so on. Societies benefit if these people's situations are regularized. It is a method that can be reproduced in other parts of Italy and Europe because it produces very specific results," said Giampaolo Mosca, another activist with the MMRC.

Pat poses with Ricciardi Amedeo, who adopted her, and her daughter Gloria.

The MMRC has secured papers for more than a thousand migrants this way. Last year, it was Pat's turn. The first thing she did when she got her residency was to go back and visit her family in Nigeria for the first time in 17 years. But she decided her life was in Italy, where she found a staff job as a cultural mediator with the movement that became family to her.

"Many people describe them as an organization. I call it a family because they bring hope to those who are hopeless," Pat said.

Work as a cultural mediator means Pat helps migrants with court appointments, mediating disputes with the police and even trips to the supermarket, where she translates and helps supervise the budget. She's bossy, but caring, telling fellow migrants what to do, but cracking up in a laugh when someone tells a joke or commits an occasional faux pas.

Now, at 39, Pat has found yet another family in Italy. When she was still undocumented, she took care of an Italian man who was sick and eventually passed away. His brother, Ricciardi Amedeo, decided to adopt Pat to help her and her daughter, Gloria, born in 2005. Amedeo, who's 71, says that in addition to getting Pat Italian citizenship, the adoption process is a way to show the neighbors their relationship is not a romantic one.

"Some friends suggested we marry so she could benefit from my pension in the future. I said, no, I don't like that. We have a family relationship of father and daughter. And her daughter calls me 'granddad,' which is a real pleasure to me," Amedeo said.

Through her work in the movement in Caserta and her relationship with Amedeo, Pat has found a home in Italy.

"I really can't explain. I know I was praying to God that I need the help. God sent somebody to help me. I'm really happy now because I can see the changes in my life now," Pat said.