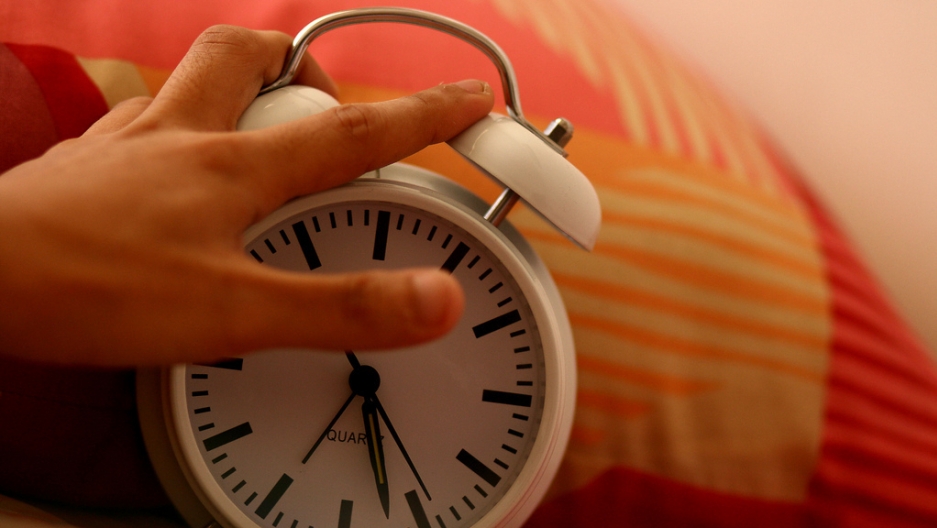 According to a report from the CDC in 2014, one-third of Americans do not get the recommended seven hours of sleep.

Looking for a good night’s sleep? You’re not alone. More than a third of adults aren’t getting the recommended seven hours of sleep (never mind the ideal eight), according to a report from the Centers for Disease Control and Prevention (CDC) in 2014.

When it comes to catching the right amount of shut eye, many Americans have called — or will call — on the latest technology to help reach their desired quality of sleep. Electronic-based sleep aids have been around for years, such as sound machines that pump out white noise. This is in spite of the fact that many of the sleep devices lack actual scientific evidence of having any effect on improving overall health or forming stronger sleeping habits.

“There isn’t a lot of data out there,” says Jamie Zeitzer, associate professor of psychiatry and behavioral sciences in the Center for Sleep Sciences and Medicine at Stanford University. He and his associates spend time trying to find any commonalities between the sleeping devices and actual science.

“There’s a lot of promise. There’s a lot of theory, but most of the devices that track sleep don’t actually give particularly useful feedback about your sleep and how to change it,” he says. “It’s one of the major things that are lacking amongst these different kinds of apps and devices.”

Yet those apps and devices continue to multiply, forming a highly lucrative business. Earlier this month, Las Vegas hosted the annual International Consumer Electronics Show, where the latest — and priciest — gadgets were unveiled.

Angela Chen, a science reporter for The Verge, was among the media members who checked out the new gear.

Among the devices was the SleepScore Max ($150), which has the ability to track someone’s sleep by just sitting on his or her nightstand, as opposed to a wrist tracker.

“The idea is that it can track you without you having to do anything,” Chen says. “You put it on your nightstand and essentially, using the radio waves, it can detect motion and then it will tell you a sleep score.”

Zeitzer says that the data his group has received from the SleepScore Max indicate that it may work a little better than a wrist tracker in terms of picking up when you are asleep and when you are awake. 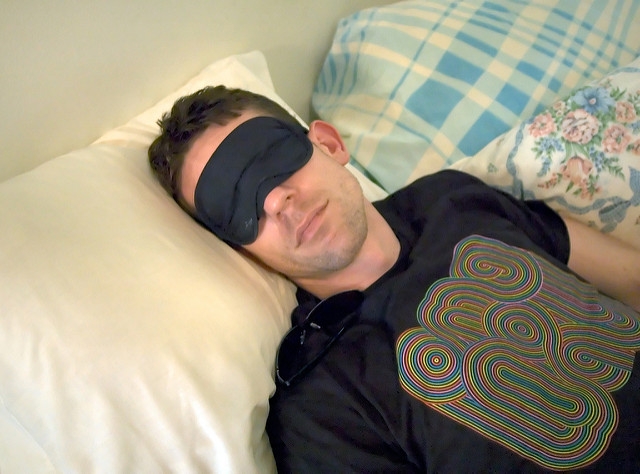 Sleep researcher Jamie Zeitzer says that the two biggest factors that lead to good sleep are individuals’ behaviors and their sleeping environments.

Zeitzer and his team recently did a study on how flashes of light can help pre-adjust to jet lag. It was an accidental finding, he says, that is based on what amounts to a camera flash going through someone’s eyelids.

“If you give this flash around once every 10 seconds or so, it is about three times more powerful than continuous light,” he says. “Light is a thing that's adjusting your internal Circadian clock, your internal timer, to your time zone.”

This same type of technology is at the root of the second device that caught Chen’s eye at CES: the Dreamlight sleep mask.

Although Chen did not try it personally, she said one of her colleagues was allowed to try it for three nights. The mask has the ability to wake you by sending light pulses into your eyes, allowing for a more natural awakening process instead of being jolted by an alarm.

“It’s really bulky,” Chen says. “She couldn't even lie flat on it, but she liked it.”

Then there is the Dreem headset ($499). The device is centered on the idea of recording brainwaves, Chen says. As a user sleeps, an electrode built into the device records brain activity. The user will then be informed about what is happening during his or her sleep session and how to achieve more quality sleep.

Zeitzer says that the headset essentially records brainwaves but then uses sound to amplify a certain waveform called delta activity.

Another device that stood out to Chen was a plush sleep robot made by Somnox. The robot (approximately $620) can supposedly sync up with your breathing and soothe you into relaxation.

“My colleague tried it for a few nights and then she said it reminded her of her boyfriend's cat,” Chen says. “It seemed to help her sleep, but then it seems like I think breathing exercises might also do the same thing.”

This statement circles back to perhaps one of the biggest takeaways Chen had at CES: the best sleep aid may be natural intuition, which comes with no price tag.

“After seeing so many different devices, I still think that, in the end, they're not going to give you really exciting advice,” she says. “The truth is I know what I should be doing. I know I should be going to sleep at the same time every day, probably not stressing myself out before sleep so I don't get all anxious. I don't need a device to tell me that."

Zeitzer says that the two biggest factors that lead to good sleep — or a lack thereof — are individuals’ behaviors and their sleeping environments.

“We in the sleep field can say ‘it's great to get eight hours of sleep per night,’ but for a lot of people that's just not feasible,” he says. “And so the thing that we're struggling with is to try to understand, ‘Well, is there a secondary suggestion? Can we say that you can get one out of three nights [with proper sleep], what does that do for you?’... I think we all struggle with trying to understand how to improve sleep at a societal level."