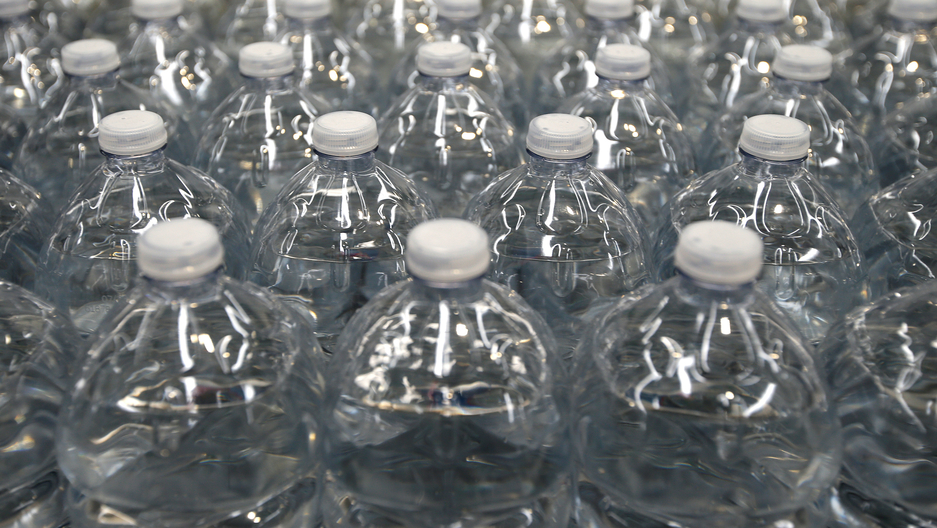 Nestle pays $200 a year to the state of Michigan to pump more than 130 million gallons of water.

Global food conglomerate Nestle is in a battle with critics in tiny Osceola Township, Michigan, where residents complain the Swiss company's water extraction techniques are ruining the environment.

Maryann Borden, a retired teacher who has lived in the western Michigan town since 1953, has photos documenting changes in the Twin Creek river since Nestle began pumping water in the region in the early 2000s for its "Ice Mountain" brand of bottled water.

"It's not the same creek," Borden, 73, told AFP. "It's narrower and deeper and therefore warmer," compared with the "biting cold" water of her youth.

"The trout can't survive in it because the water is warmer," she added.

Located about four hours north of Detroit and with a population of just 900, Osceola Township is a sleepy rural community whose biggest employer is SpringHill Camp, a Christian-oriented program for kids.

The town opposes granting Nestle a permit to build a pumping booster station along a water pipeline that feeds a tanker load dock in Evart, another small town nearby.

The booster station would help the company pump more water from a controversial Osceola County wellhead if the Michigan Department of Environmental Quality approves the project. Nestle wants to pump 400 gallons of water a minute, up from the 250 a minute currently.

"If you look at the culverts, they provide an historic landmark," said Tim Ladd, manager of Osceola Township.

"You don't have to be a geologist or a hydrologist to see those water levels," he added. "The water lake tables are lower today than what they were two years ago."

Nestle rejects this argument and also has some backing among supporters who praise the company for keeping water rates low.

"There's been no measurable changes to the streams, the aquatic life there," said Arlene Anderson-Vincent, natural resource manager at Nestle Waters North America, who notes that dams in the area "can affect those streams."

Nestle points to company-sponsored research that backs up its stance, but there has been no independent scientific review of the matter.

Much of the anger in Osceola Township, that voted heavily for President Donald Trump in the 2016 US election, is due to a sense the town is being exploited by a powerful multinational blinded by profit.

Nestle pays just $200 a year to the state of Michigan to pump more than 130 million gallons of water.

Other US states have struck similar arrangements with big companies, authorizing them to pump as much water as they wish for a pittance as long as they build the infrastructure themselves. This includes the beverage giants Coca-Cola and PepsiCo, which sell water under the Dasani and Aquafina brands.

"Nestle has a reputation worldwide of going to poor rural communities, offering all kinds of economic benefits to the community that never really materialize, and taking as much water as they can get and when the stream runs dry they leave," said Peggy Case, president of the Michigan Citizens for Water Conservation.

Nestle said it spends $18 million a year in Michigan, including $2.4 million in taxes in 2016. The company employs 280 people at its factory in Mecosta County, about 40 minutes away from Osceola Township where about 50 Nestle workers live.

Nestle is turning to Twin Creek River as demand for bottled water rises. Wholesale bottled water sales hit a total of $16.4 billion in 2016, surpassing soda sales of $12.5 billion for the first time, according to the Beverage Marketing consultancy.

Nestle's water brands in the US, which includes Poland Springs and Pure Life in addition to Ice Mountain, garnered 55.3 percent of the company's total worldwide water sales in 2016.

Zackary Szakacs, city manager of Evart, credited Nestle with keeping water rates low in the region. The average income in Osceola Township is just $20,000 per year, around the poverty level for a family of three.

"Thank God we have two of those wells in the city of Evart because I would have to lay people off," Szakacs said.

"They help maintain and keep our water rates low so our residents that are poor that live in this community can afford to pay their monthly water bill."

After finding the chemical perchlorate at some wells in 2015, Nestle financed the cleanup.

Evart is only a couple of hours drive from Flint, where a major water contamination scandal has drawn national attention.

Access to affordable drinking water is becoming more problematic, and as many as 36 percent of US households may be unable to afford water within five years, according to a 2017 study by Michigan State University scholar Elizabeth Mack.