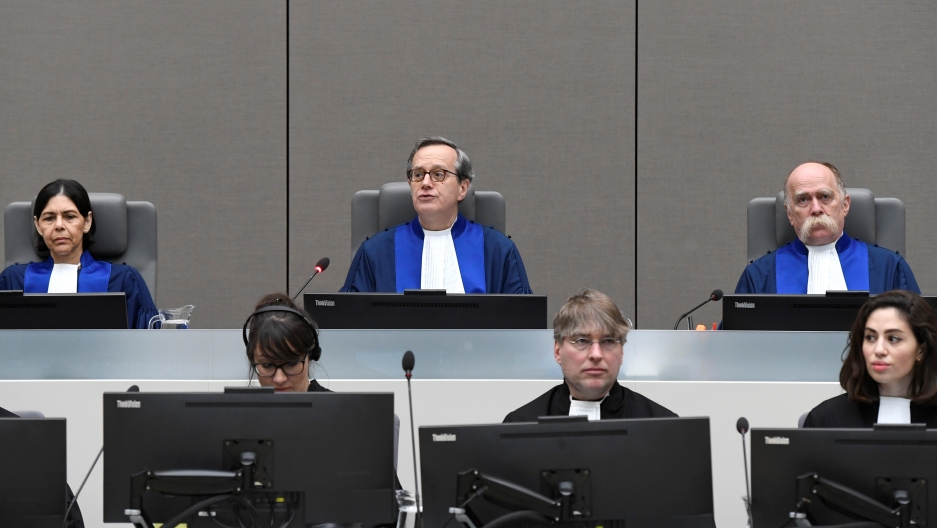 The International Criminal Court judges in The Hague.

The International Criminal Court is considering whether to authorize an official war crimes inquiry for Afghanistan.

Judges from the ICC in The Hague will consider written submissions from victims.

The suspected perpetrators include not only the Taliban and ISIS, but also Afghan government forces and even the US CIA.

Submissions have been collected by the non-profit group “Reprieve,” and given to the ICC on behalf of Afghans who accuse the US of mistreatment.

It seems most of the complainants were detainees at a facility at Bagram Air Base, north of Kabul, operated by US intelligence. Some of these men were subsequently detained at Guantanamo — where some are still held.

The period under investigation begins in May 2003, when Afghanistan joined the ICC.

The US is not a member of the ICC.

“The US authorities,” says Kermani, “have basically said that while they do believe that it’s important that the insurgent groups like the Taliban are held to account, that they believe an ICC investigation is unwarranted and unjustified.”

The ICC’s deadline for submissions from victims and their representatives ended on Jan. 31. “The judges will now be looking at those submissions and other legal arguments,” says Kermani, “to decide whether to authorize this request by the prosecutor to open an investigation. It could be months. It could be longer.”

To hear more from the BBC’s Secunder Kermani, listen above.