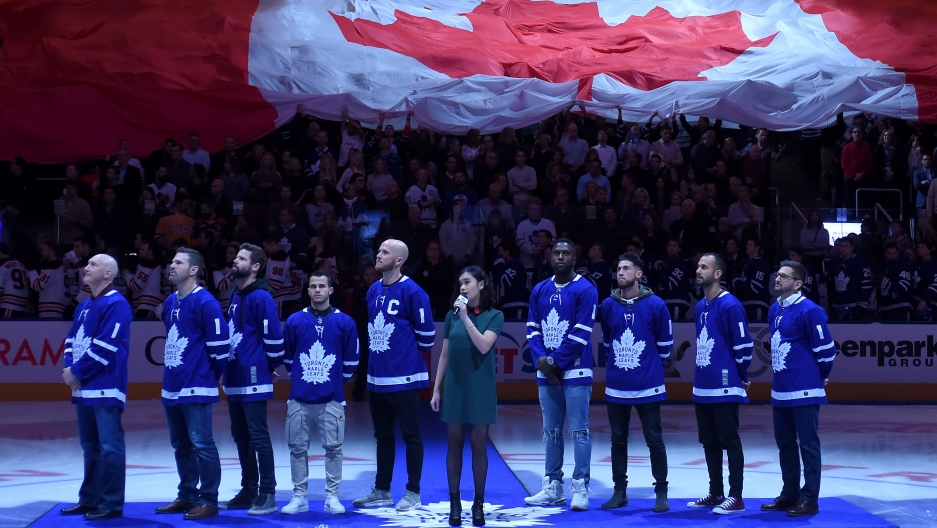 Members of Major League Soccer champs Toronto FC stand for the anthems after being honored in a pre-game ceremony.

“It’s a kind of inclusive, embracing turn of phrase,” says former Prime Minister Kim Campbell. She’s one of several famous Canadian women who started a campaign to change the lyrics in 2013.

Some Canadians have pushed back, citing tradition. But “people have been tinkering with the anthem throughout the century,” says Campbell.

In 1908, Robert Stanley Weir first wrote the lyric in "O Canada" as “true patriot love thou dost in us command,” and changed it to “in all thy sons command” in 1913. In the 1970s, Parliament changed two other lines.

The “us” in the national anthem explicitly includes women and immigrants in a way that “sons” didn’t, says Campbell.

“It's a tile in the mosaic of progress. It alone, of itself, is not going to make a difference, but it's a piece of the puzzle.”

You can listen to the full interview with ex-Prime Minister Kim Campbell above.