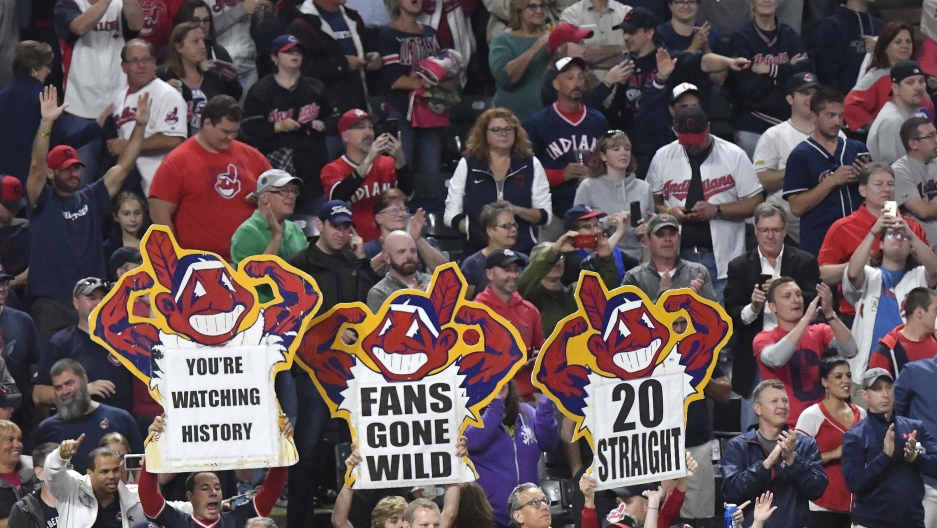 Chief Wahoo’s days as a mascot are coming to an end.

The Cleveland Indians have used the logo since 1947, and have faced charges that it’s a racist caricature of Native Americans for nearly as long.

Now Major League Baseball says the logo is no longer appropriate for the field, and it will be removed from players’ uniforms next year — although merchandise will still carry the image of Chief Wahoo.

It’s a step in the right direction, says Jacqueline Keeler. “I'm really grateful that it's happening finally. It's been three generations of my family protesting against this pretty grotesque caricature of Native people.”

Cleveland has a special place in Keeler’s family history. Her parents — citizens of the Navajo and Yankton Dakota nations, respectively — met in Cleveland.

They were some of the thousands of young native people sent to “relocations centers” across the country by the Bureau of Indian Affairs in the 1950s and 60s.

Many people in Cleveland don’t know about the relocation centers or why there are no reservations in the state of Ohio, says Keeler. “And I don’t think that Chief Wahoo is teaching that to them.”

You can listen to the full interview with Jacqueline Keeler above.