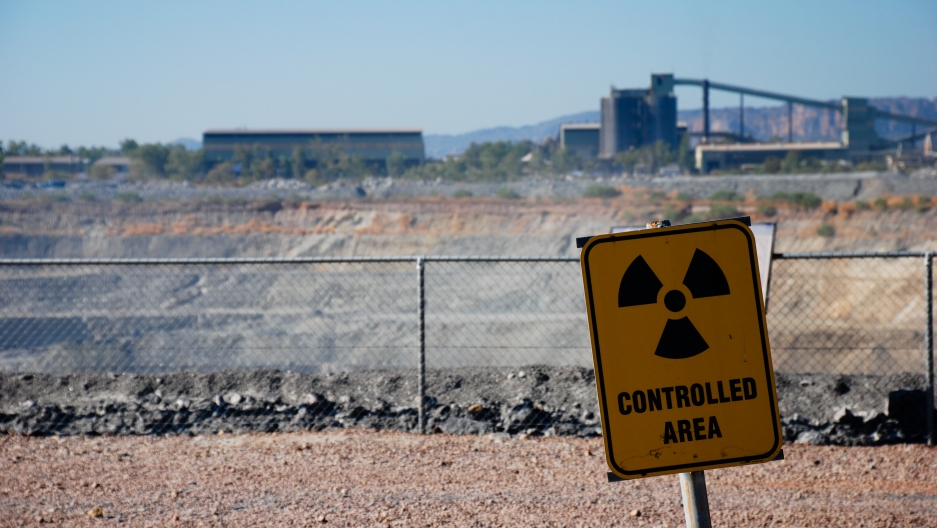 Prior to the 1970s, the US and other countries conducted more than 500 nuclear weapons tests in the atmosphere. The tests blanketed the world with radioactive fallout, and in 2002, a study by the CDC and National Cancer Institute found that any person living in the US since 1951 has been exposed.

Get more from Things That Go Boom

Things That Go Boom is a podcast about the ins, outs, and whathaveyous of what keeps us safe. From PRI and Inkstick Media.
Subscribe on Apple podcasts

The Navajo Nation is just one example — where cancer rates doubled from the 1970s to the 1990s due to the impacts of testing, mining and milling in the southwestern US. Mining companies extracted millions of tons of uranium between 1944 and 1986. At the time, Navajo children played in mine debris piles and pools, and livestock drank contaminated water. Some homes were even built with materials from uranium mines and mills.

But, some of these issues are still ongoing. While only a handful of active uranium mines remain in the US, more than 160,000 have been abandoned — and thousands of those abandoned mines continue to pollute nearby water supplies. As recently as 2016, the CDC reported that babies are still being born to Navajo parents with traces of uranium in their urine.

A second example is the Marshall Islands. Sixty-seven weapons were detonated on Enewetak Atoll and Bikini Atoll between 1946 and 1958. And, despite resettlement efforts, radiation levels in parts of that country are still almost double what has been deemed safe for human habitation.

Runit Dome, on Enewetak Atoll, serves as a living reminder of US nuclear testing that continues to threaten the islands today. The 18-inch concrete cap covers 111,000 cubic yards of radioactive debris left behind after 12 years of nuclear tests. Today, scientists fear the effects of climate change could damage the dome, releasing its contents into the ocean.

The lands of some indigenous communities still house nuclear waste today. Tribes play host to this waste because their reservations are not subject to the same environmental and health standards as US land.

“In the quest to dispose of nuclear waste, the government and private companies have disregarded and broken treaties, blurred the definition of Native American sovereignty, and directly engaged in a form of economic racism akin to bribery,” Bayley Lopez of the Nuclear Age Peace Foundation told Scientific American, citing examples of companies taking advantage of the “overwhelming poverty on native reservations by offering them millions of dollars to host nuclear waste storage sites.”

Whether this characterization and those like it are fair, it's an unfortunate fact that the people who live near the hallmarks of the US nuclear industrial complex — like test sites in Nevada and the Marshall Islands, mines in the western half of the US, and the indigenous communities that still house nuclear waste today — have been disproportionately affected by the cost of what it takes to keep the rest of us safe.