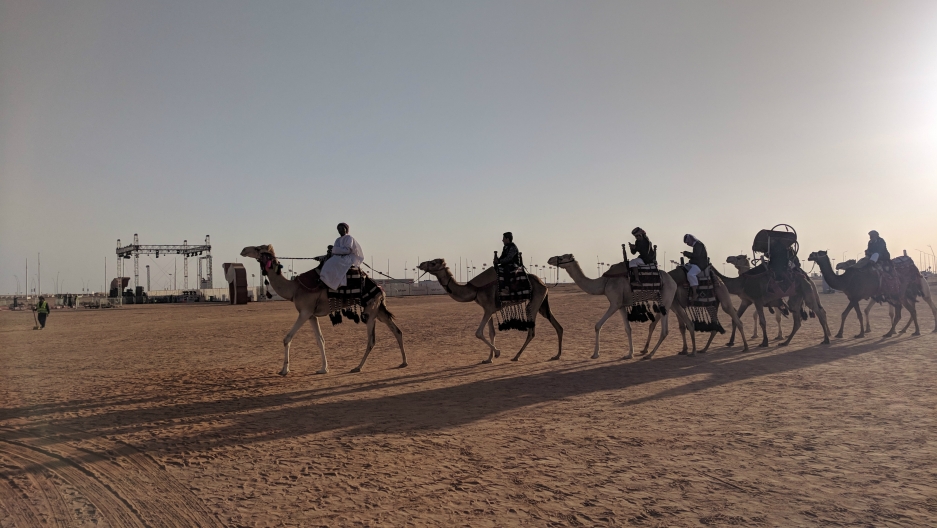 A man leads a caravan of camels at the King Abdulaziz Camel Festival in Saudi Arabia, a monthlong extravaganza honoring the “ships of the desert” and their place in the country’s history.

To the untrained eye, the camel might not be the most attractive of animals.

It might not rank alongside the more majestic beasts of the animal kingdom like the lion or the elephant. In the popular imagination, it struggles to compete with the cuteness of other national emblems like the panda or the koala bear.

But beauty is in the eye of the beholder, and such is the camel’s importance in Saudi Arabia’s history and culture that it is the subject of a beauty contest every year.

Fawzan al-Madi, the head judge of the contest, is no untrained eye. He knows what makes a camel beautiful.

“Its height is essential, also the elongation of its neck is important: the longer, the better, ” he says in between judging rounds.

Held in the ad-Dahna Desert, northeast of Riyadh, the King Abdulaziz Camel Festival hands out more than $30 million in prize money to owners of the winning camels. About 30,000 camels compete in the monthlong extravaganza honoring the “ships of the desert” and their place in the country’s history.

For centuries they were the preferred mode of transporting goods and people across the harsh desert landscape of the Arabian Peninsula. Their milk and their meat have long been used to sustain locals here.

“To us, camels are considered a historical symbol,” Madi says. “Many countries in the region have symbols, and we chose the camel because throughout the years camels were a transportation method. The milk of the camels is very popular here and has always been.”

“King Abdulaziz managed to unify Arabia on the back of a camel,” he adds. 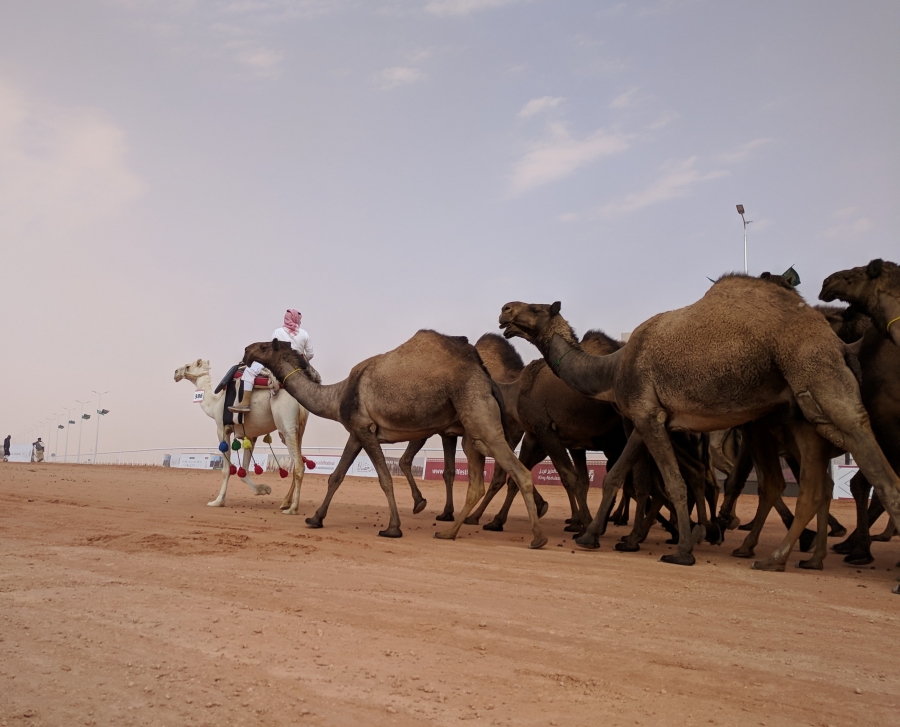 A trainer parades his camels during the beauty contest.

Madi and his fellow judges stand alongside the track as the camels parade by them 30 at a time, led by a trainer who whoops and hollers to move the herd. Hundreds of spectators watch on and cheer as the camels trot through.

It all looks innocent enough. But $30 million is enough to corrupt even something as pure as a camel pageant.

In recent years, some owners have gone to great lengths to enhance the beauty of their stock, including by use of a method beloved by Hollywood celebrities: Botox.

“We have a medical committee for this because it is prohibited to cheat,” says Madi. “This committee used special equipment to verify whether a camel has been injected with Botox or any similar suspicious material.”

Owners who are caught cheating are banned for five years and have to pay a fine. This year, 12 camels were disqualified for having their appearance altered.

But Botox isn’t the only problem. Cheaters are getting creative.

“This year some of the camel’s lips were tied down to make them dangle, so they were tied down for days before the competition and we managed to find that out and they also had injected their lips with anesthetic to also have them dangled down more,” he says.

“Also, some camels’ ears were covered with oil to make them drop down more because when the ears of the camel are downwards it’s also considered a sign of beauty.” 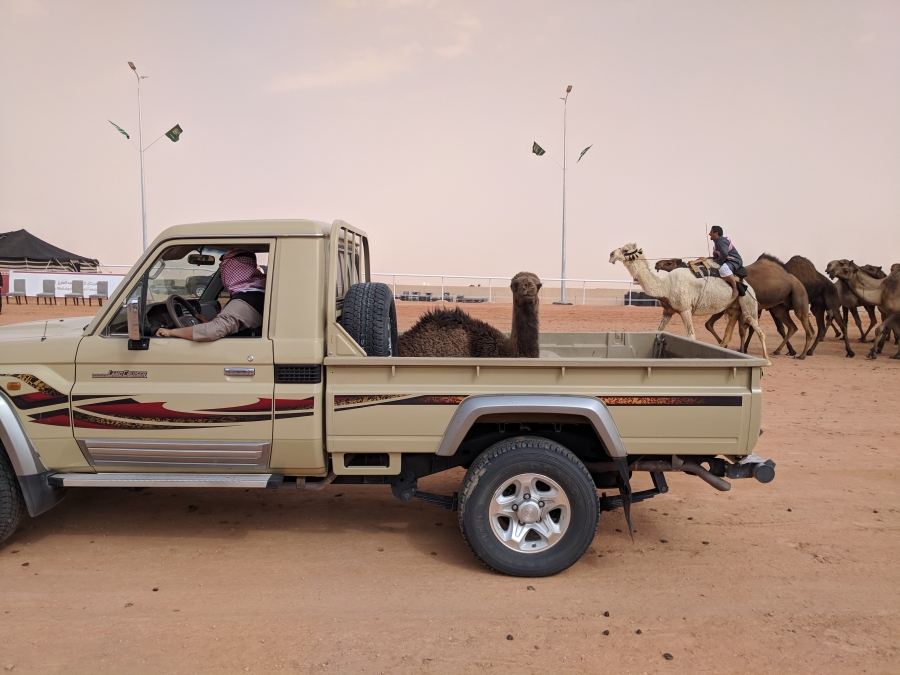 During the beauty contest, a baby camel is driven in front of the herd to encourage the other camels to trot past the judges.

There’s a serious side to the festival, too. This year was the event’s biggest yet. Away from the beauty contest, there were camel races, exhibitions, sculptures and stalls selling camel milk and meat. Both the tallest camel and shortest camels in the world are here, according to organizers.

Organizers say the event is about reinforcing a sense of national pride and keeping a connection to the past at a time when the country is changing rapidly.

The country’s 32-year-old crown prince, Mohammed bin Salman, has touted a program of modernization in the kingdom, as it tries to reduce its dependence on oil and open its doors to foreign business.

Political and social reforms are underway, too. This year, women will be allowed to drive for the first time. More women are finding their way into the workplace. Cinemas are reopening. Tourist visa rules will be relaxed soon.

After being closed off for so long, Saudi Arabia is showing signs that it wants to open up.

Dr. Fahd al-Semmari, an organizer of the festival, says the government wants foreign tourists to flock to events like this when the visa changes come in.

“I think Saudi Arabia is part of the world they must see,” he says on the sidelines of the festival. “It’s full of so many things to be seen. Society is hospitable. Culture is very versatile and rich. We’d love to have them here. We’d love to see them here.”

But will tourists want to visit a country that is renowned for restricting almost all political rights and civil liberties and is still one of the world’s worst places to be a woman?

That’s a hard sell, no matter how pretty the camels are.

Richard Hall reported from the ad-Dahna Desert in Saudi Arabia.