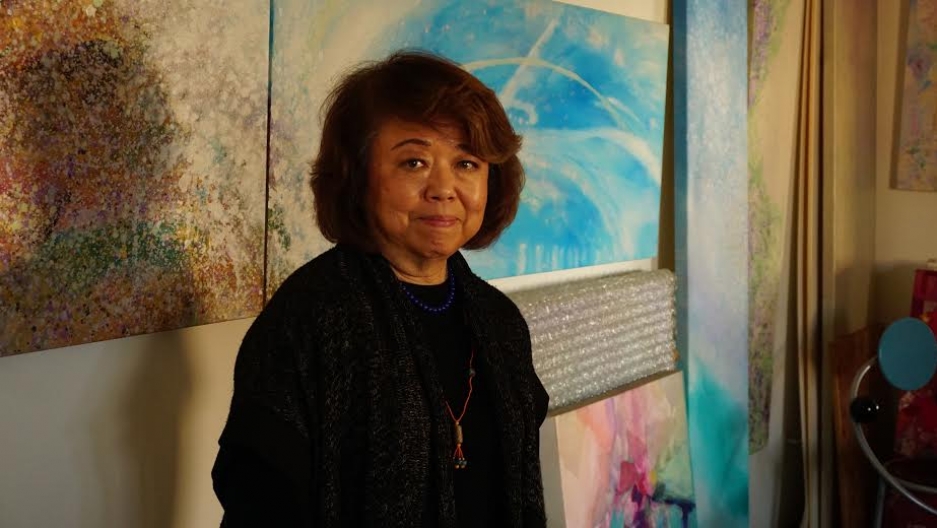 Painter and sculptor Nancy Uyemura has lived in a Los Angeles building that is home to artists with Japanese heritage for years. Now the building, in an increasingly gentrifying part of the city, is under new ownership and Uyemura and her neighbors may face eviction.

The building located at 800 Traction Avenue in Los Angeles’ Arts District is five stories, made of brick and concrete. Built in 1918 and designed by the same architect who created LA's City Hall, it was a warehouse for coffee and spices for decades.

Then, in the 1980s and 1990s, artists looking for big work spaces and cheap rents discovered the building and started moving in. One of them was photographer Jamie Itigaki, who moved to 800 Traction in 1996 when the surrounding neighborhood was still considered too sketchy for many Angelenos.

“You know, people wouldn’t come downtown,” says Itigaki. "It was before it was ‘sexy and cool.’ And they were afraid of their cars being broken into and things like that."

Like Itigaki, many of the people who settled in the building were up-and-coming artists with Japanese heritage, who liked the building’s proximity to LA’s Little Tokyo neighborhood.

“I came here wanting to be in this community, the Japanese American community," says Mike Hamada, a silkscreen painter who moved into the building in the early 1990s. “And this was affordable. I cherish all the time I’ve been here.”

But about 10 years ago, the neighborhood around the building started changing, with trendy new coffee houses, bistros and boutiques opening. Today, new construction is everywhere and spaces that were once dirt-cheap are being converted into pricey luxury housing.

“And now with all this development coming in, people are being forced out,” says Hamada.

Last year, gentrification finally knocked on the door of 800 Traction.

The building and adjacent property were bought by New York-based private equity firm DLJ Real Estate Capital Partners for $20 million. Soon after, DLJ informed tenants it intended to evict them, even if a who’s who of LA artists built their careers in the building. 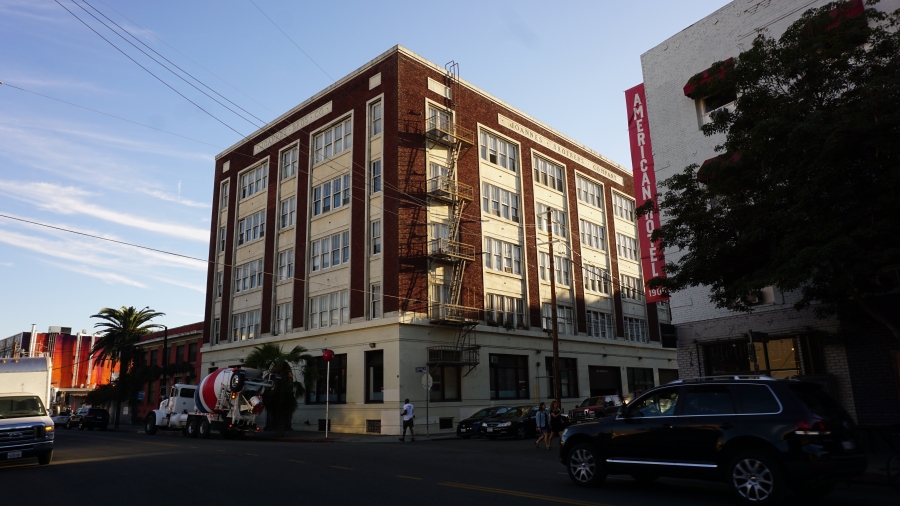 In Los Angeles, where worries about gentrification and housing affordability are growing, the plight of the tenants at 800 Traction — most of whom are known Japanese American artists — is getting attention.

"To feel that we’re being whitewashed and that our history isn’t being recognized, that’s worse than the evictions," says painter and sculptor Nancy Uyemura, who moved into the building in 1984 and is an informal leader of the tenants. “I’m having a difficult time with all of this.”

Uyemura’s 3,000-square-foot loft is more than a live-work space. Over the decades, she’s turned it into a repository of Japanese American art and cultural history. She says the prospect of eviction is especially painful for the building’s Japanese American residents.

“It’s really heartbreaking because we sort of came here to express the fact that our identity, being Japanese American, was important to us and to our art,” says Uyemura. 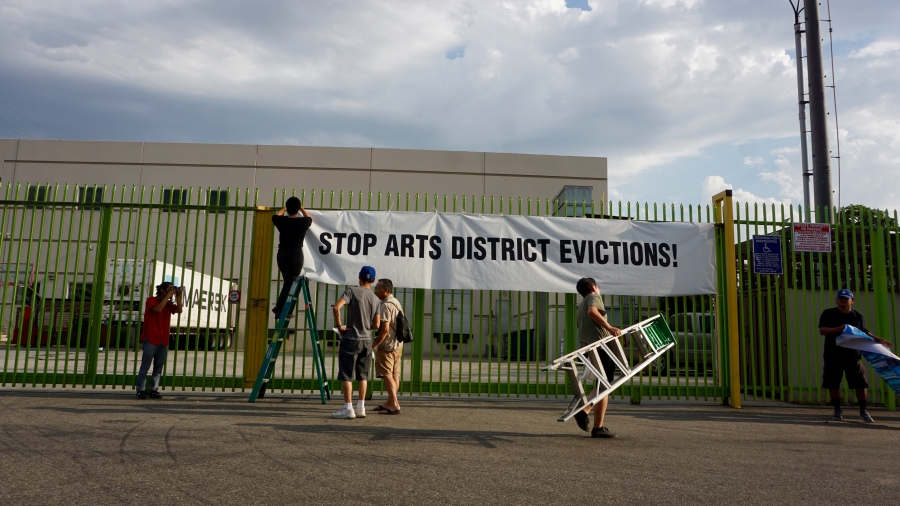 Multimedia artist Bruce Yonemoto, a long-time tenant at 800 Traction Aveneua, says, "We are trying to fight to stay, but I think the writing is on the wall that we are going to have to move."

There’s also a generational dimension to Uyemura’s worries. She and other artists in the building are all over 60 years old.

Uyemura says she had hoped to spend this time in her life focusing on her creativity while still healthy — not worrying about finding a new place to live in a gentrifying city.

“I might not feel like I’m on my last legs, but if I look at the numbers I don’t have that much ahead of me in terms of working time,” says Uyemura. “I’ve expressed that to the new owners.”

The building’s owner, DLJ Real Estate, did not respond to interview requests.

But in a city where worries about gentrification and housing affordability are growing, the plight of the tenants at 800 Traction is getting attention. Japanese American civic groups and artists in other buildings facing eviction have staged street protests. There are also ongoing talks between the building’s tenants and the owner.

“We are trying to fight to stay, but I think that the writing is on the wall that we are going to have to move," says Yonemoto.

Across the hallway, Nancy Uyemura hopes that some way can be found for the artists to stay. If not, she’d like to see the owner help the artists find new places where they can live and work.

“That would be ideal,” says Uyemura. “Whether or not we can get that, I’m not sure.”