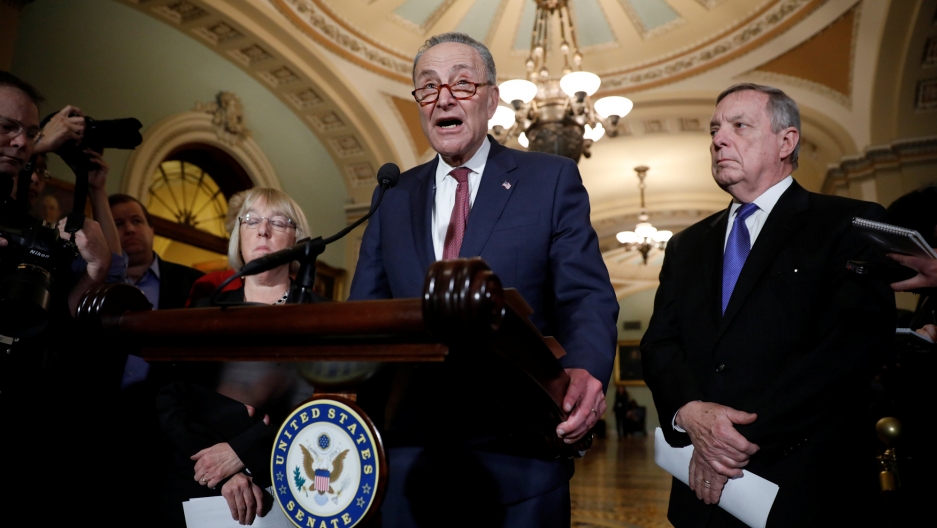 A day after the end of a government shutdown linked to wrangling over immigration, Senate Democratic leader Chuck Schumer said he pulled the offer fund President Donald Trump's border wall because of what he said was Trump's failure to follow through on the outlines of an agreement the two men discussed on Friday.

"So we're going to have to start on a new basis and the wall offer is off the table," Schumer told reporters. An aide said the offer was withdrawn on Sunday.

Trump said on Twitter late on Tuesday night: "Cryin’ Chuck Schumer fully understands, especially after his humiliating defeat, that if there is no Wall, there is no DACA. We must have safety and security, together with a strong Military, for our great people!"

The Congressional Hispanic Caucus expressed fears on Tuesday that Republicans in the House of Representatives would pursue a harsh immigration bill written by Judiciary Committee Chairman Bob Goodlatte.

The House measure would allow DACA recipients to renew their legal status for three years, instead of putting them on a pathway to citizenship, and would call for hiring 10,000 more agents at US borders while shutting down some visa programs and taking other steps to find people who are in the country illegally.

Then Republican candidate Trump said during the 2016 election campaign that Mexico would pay the cost of building a wall along the southwestern border of the United States to keep out illegal immigrants. Mexico has rejected the idea.

As a result, Trump has been forced to ask Congress for US taxpayer funds for the wall. Government estimates are that it could cost more than $21 billion.

With Democrats and many Republicans arguing there are more effective border enforcement tools than a wall, the proposal has become a major sticking point in immigration negotiations, which in turn have complicated talks about funding federal agencies.

The Senate's No. 2 Democrat, Dick Durbin, asked by a reporter whether Schumer offered Trump $25 billion for the wall in a major concession to the president, did not dispute the figure, but said: "He did it in the context of a negotiation." 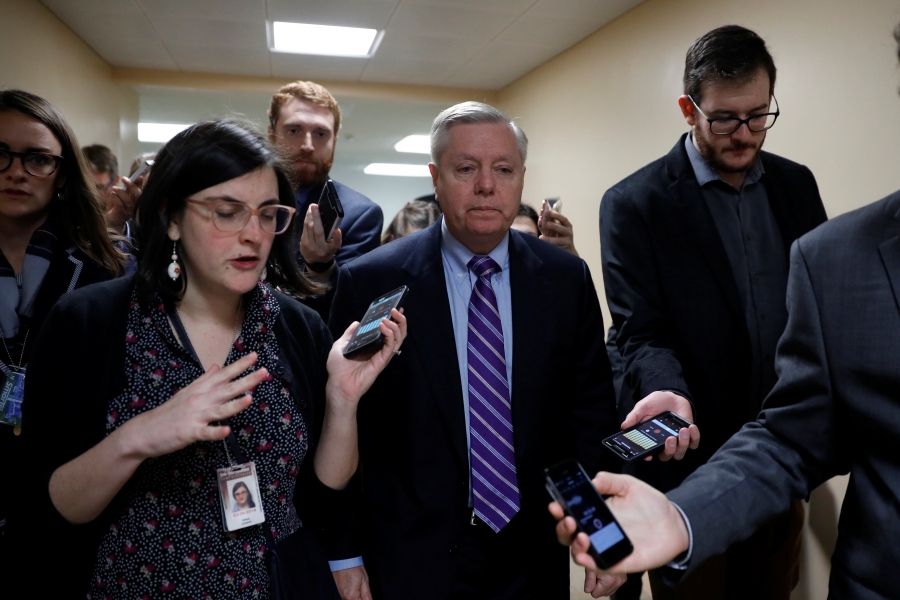 Democrats have been spearheading an effort to protect about 700,000 young undocumented immigrants after Trump announced in September the end of the Deferred Action for Childhood Arrivals, or DACA, program instituted by former President Barack Obama.

The program, which began in 2012, gave qualified immigrants, who were brought illegally to the United States as children, temporary protection from deportation and the ability to study and work in the United States.

"That basically sets the DACA discussion back," he told reporters.

Cornyn said there had been discussions of he and Durbin being a "clearing house" for suggestions from senators on legislation to rescue the DACA recipients from the threat of deportation and provide permanent protections for them.

In agreeing on Monday to end a three-day government shutdown — the first since 2013 — and fund the government until Feb. 8, Senate Democrats got a promise from Sen. Majority Leader Mitch McConnell that he would allow an immigration debate on the Senate floor in the near future.

Durbin said a similar commitment was now needed from Paul Ryan, the Republican speaker of the House of Representatives, where an immigration bill would presumably face a much harder path to passage than in the Senate.

The White House on Tuesday rejected the idea that a bipartisan bill sponsored by Durbin and Republican Sen. Lindsey Graham could be the core of a solution.

White House spokeswoman Sarah Sanders said the proposal was "totally unacceptable to the president and should be declared dead on arrival."

Trump himself has vacillated on immigration between tough rhetoric demanding a US border wall and a softer tone urging a "bill of love" for the DACA recipients.

"Nobody knows for sure that the Republicans & Democrats will be able to reach a deal on DACA by February 8, but everyone will be trying," Trump tweeted.

By Richard Cowan and Susan Cornwell/Reuters