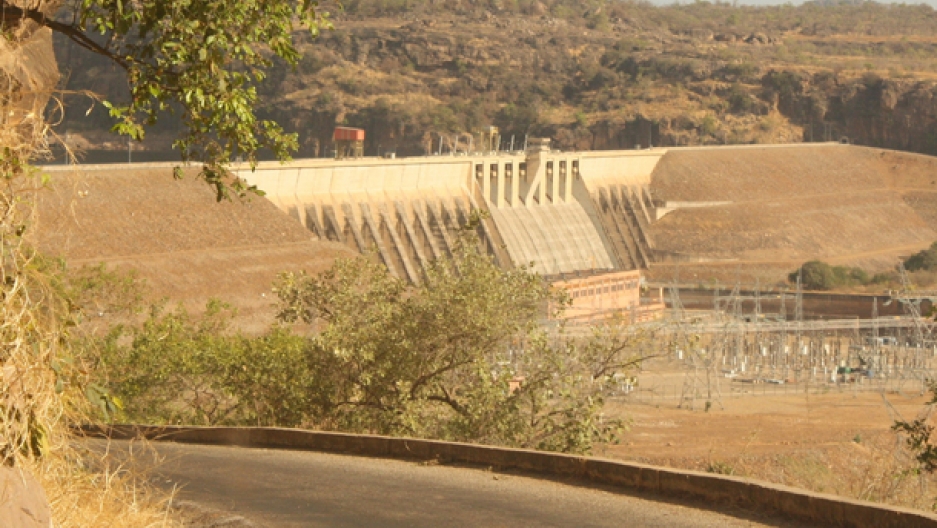 Manantali Dam in the Senegal River basin is pictured.

Dams in the Sahel of Africa provide power and flood control, but the absence of seasonal floods is changing wetland environments and destroying the livelihoods of people who depend on them.

After a series of massive droughts and famine in Africa in the 1970s and 1980s, governments from Ethiopia to West Africa decided to set up irrigation projects and dam the main rivers in the region, for hydroelectricity. They wanted to make more economic use of these rivers and hoped to maintain them in dry times, Pearce says, but there have been perverse consequences of damming the rivers.

“The worst of them has been the loss of the wetlands that the rivers in full flood used to fill every year,” he says. “The water is now held back behind dams and the flooding simply doesn't happen anymore. What has been forgotten, I think, is that millions and millions of people are dependent on these wetlands. There are some 2 million people in the Inner Niger Delta. There are probably 10 million people in and around Lake Chad and along the floodplains of the rivers that used to fill Lake Chad.”

For these people, the result of these dam projects has not been increased prosperity but a loss of the basic natural resources on which they rely, Pearce explains. There are no fish in their lakes; farmers can’t depend on the old system of irrigation — which entailed planting crops in the wet soil as annual floods retreated — because now there is no wet soil in which to plant crops. And herders accustomed to bringing their cattle from across the region to the wetlands — the last green parts of the Sahel during the dry season — find that their cattle have nowhere left to go.

As a result, people who used to make a living are simply moving away. Many are heading to the capital cities of their countries to look for work. This was a common strategy in bad years, but most people used to go back and forth, Pearce says — leave in a bad drought season and then return to their fields and pastures when the rains return.

“But these days, with no water coming down, people are leaving for the cities for good and increasingly making international migrations via people-smuggling routes across the Sahara desert into Libya,” Pearce says. From there, they take “very dangerous boats to try to land in the European Union, in Italy or sometimes in Greece. People are taking desperate steps to try and find a better life.”

This has had grave consequences for both political and social stability in the region, Pearce says. Millions of people are homeless; many of them are migrating. Militant groups have taken advantage of the breakdown of the law and order and the dislocation of young people.

Pearce says that in every country he visited he found government officials, nongovernmental organizations and others advocating for the value of wetlands and the importance of providing water down rivers to maintain them. The problem, he says, is “these messages kind of get lost as they go up the decision chain, so that it is harder to get those ideas across to the people who run the hydroelectric dams, to the people who are the government ministers.”

International agreements talk in general terms about the sustainability of wetlands and protecting livelihoods “but when you get from those abstract words into the real nitty-gritty of what you do on a river, the message seems to get lost,” Pearce explains. “Also, urban priorities are rather different from rural priorities, and urban priorities — not just in Africa, but in most of the world — have greater force and are heard more loudly,” he adds. “The trouble is, of course, in much of West Africa or in Central Africa, most people are still in the countryside, whereas most of the decision-makers are in towns.”