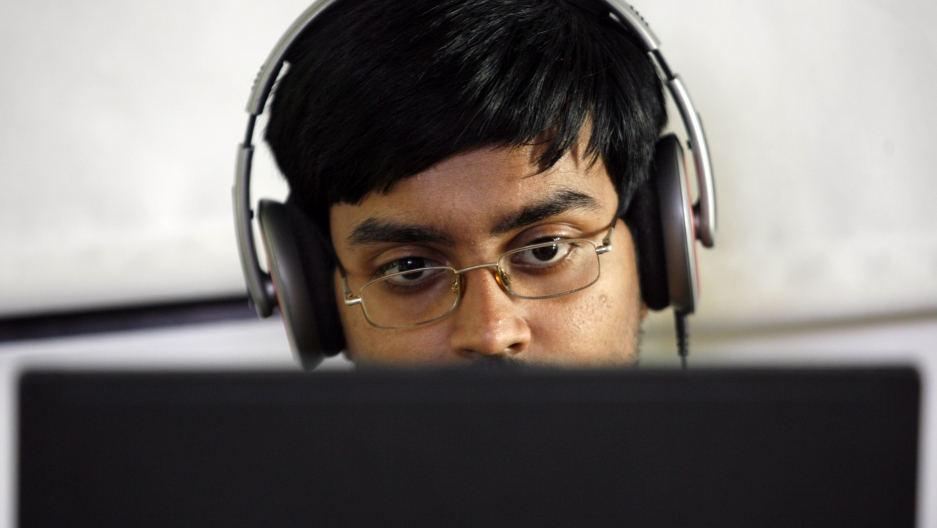 A researcher works on his laptop at the Microsoft India research center in Bangalore on June 24, 2009.

International student enrollment in graduate science and engineering programs in the US dropped in 2017 after several years of increases.

This follows steady increases from 2005 to 2015 and comes at a time when demand for tech workers outstrips supply — and foreign-born students are increasingly filling a gap left by declining numbers of American citizens studying science and technology at the graduate level.

“In the US, [international students] are tremendously important,” said Geraldine Richmond, a member of the National Science Board and chemistry professor at the University of Oregon. “Over 50 percent of our graduate students in technical areas are from outside the country.”

The number of US-born students in STEM graduate programs started declining in 2008, and international students have been important in keeping program numbers up, Richmond said.

Graduate programs also feed, in part, into hubs like Silicon Valley, where more than half of tech workers are foreign-born.

“There is an insatiable demand. There’s more jobs than we can fill with the current slate of talent,” said Michael Morell, a founder of the tech recruiting firm Riveria Partners.

“The way we talk about it internally is, if you are an average or above-average engineer with core skills as a computer scientist, that is probably a negative unemployment rate.”

The new National Science Board report doesn’t try to explain why enrollment numbers dropped in 2017.

Geraldine Richmond said it will be important to see if this one-year dip turns into a trend. She points to the relatively high costs of coming to the US for graduate school, as well as increasing competition from China, as possible contributing factors.

The concerns of Indian students planning to attend graduate school in the next few years suggest this dip might not be a one-year aberration.

Several students interviewed by The World worried that with changing US immigration policies under President Donald Trump's administration, they may not be able to get jobs after graduation, which would saddle them with the debt of an American degree but provide few of the benefits. Some worried about their personal safety as cases of anti-immigrant violence make news around the world. Others were turned off simply by the high cost of pursuing a degree in the US.

Many are looking to Canada, Australia, Germany and the UK as possible destinations for graduate school instead of the US.

One of those students is Sai Shouri, a senior studying IT at an engineering college in Hyderabad, India. When he was a kid, relatives who lived in the US would come back to India for visits and tell him about the job opportunities and comfortable lifestyle that came with living in the US.

“Since my childhood, I had dreams of the US, studying in the US as well as getting settled in the US,” Shouri said. 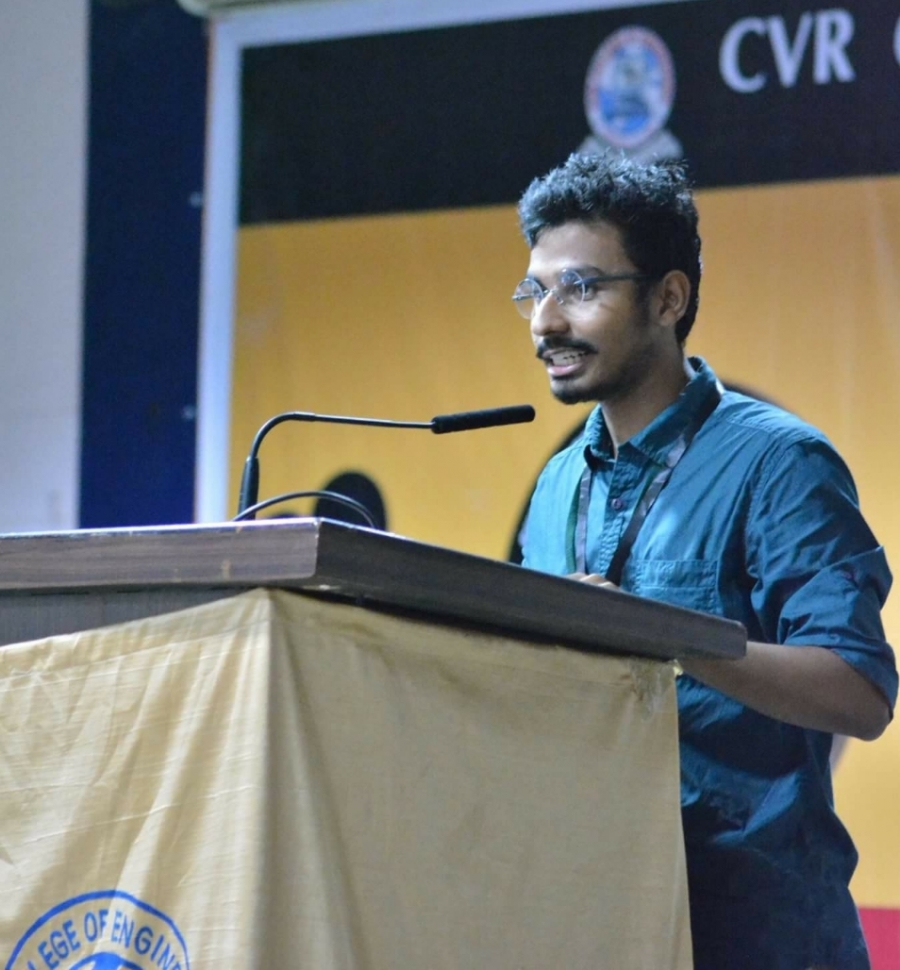 Engineering student Sai Shouri gives a speech at his college, CVR College of Engineering in Hyderabad, India in July of 2016.

Four years ago, he started an undergraduate degree in IT specifically so he’d be competitive for a computer science master’s program in the US. But his plans changed in a single moment in the fall of 2016.

“That moment was when Trump was elected,” Shouri said.

Shouri had followed President Trump’s America-first campaign platform and his promises to restrict immigration to increase job opportunities for citizens.

“We used to believe that,” Shouri said. “If he really gets to be the president of the United States of America, then we might have a tougher situation.”

He thought landing a job might be harder, and after hearing about anti-immigrant violence in the US, like how two Indian men were shot in a Kansas City bar last February, he feared for his safety.

“What if I get attacked by some random guy?” Shouri worried.

It was enough for Shouri to ditch his decade-old dream to study in the United States.

“[I was] shattered for some time, for a couple of days I was, like, totally aimless.”

“This is a moment for Canada to shine,” said Paul Davidson, president of Universities Canada, which represents nearly 100 institutions across the country.

“We have seen an 11 percent increase in international enrollment at Canadian universities over the last year,” Davidson said.

He first started seeing increases of interest in Canadian universities after Brexit. Then came the Trump administration’s January 2017 travel ban.

“The weekend that that happened, my iPhone was absolutely dancing across the table, because the world wants to find an alternative,” Davidson said.

That Canadian alternative caught Sai Shouri’s eye when researching graduate school options outside the US after President Trump’s election.

“I was reading about that country, and I fell in love,” Shouri said.

Shouri started chatting online with Canadians and found them welcoming.

“They don’t mind which country you’re from, what’s your financial status, how you look, how you talk, they don’t care about any of those things,” Shouri said.

That rosy view of Canada was reinforced by what Shouri saw on the news.

“You can see the prime minister [Justin Trudeau], how he’s accepting the Syrian refugees, going to the airport, receiving them one by one, hugging each of them,” Shouri said. “And you can see Mr. Trump. And you can see a contrast between them.”

Shouri has applied to five computer science programs in Canada and hopes to start at one of them in September.

He still wants to work at a big tech company like Google — just in their Canadian office.

And he hopes that one day he’ll return home to Hyderabad with stories of how great his new home is. It just probably won’t be in the US.