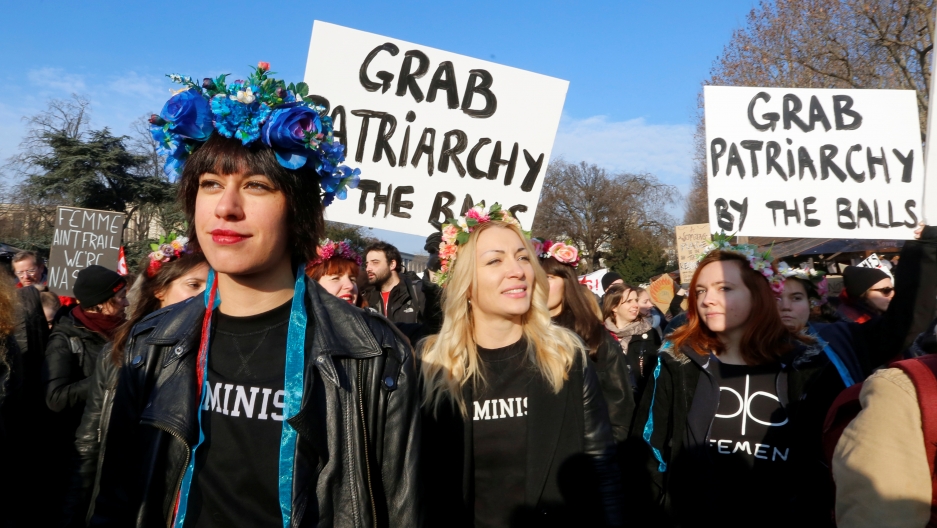 Being followed by a strange man in the street is few women's idea of romance.

But for some French men, the pursuit of the opposite sex on a sidewalk or metro is acceptable, even manly.
That's according to Nabil Wakim, a correspondent for the French newspaper Le Monde.
Wakim calls that sort of behavior "creepy" and a type of "harassment."
However, he notes that many men in France, especially those of an older generation, are holding fast to the idea that an encounter with an anonymous woman on a Paris boulevard might end in a meaningful relationship.
"[They think] you can follow a woman in the street and she doesn't know she's followed. And suddenly she will turn her head and see you, and it will be love at first sight," he says. "It sounds like a real caricature, but in a way this is how some French men think."
That sort of response, Wakim says, might be rooted in old, sexist notions of French identity.
"They think that we eat pork and we drink wine and we seduce women in the street," he says. "Most French people wouldn't do that. But still, in the mindset, there is this idea that this is how you seduce people — by being a blunt and sometimes stupid French lover caricature."
Wakim says that mindset is slowly changing.  And he credits the #MeToo movement and the outcry around sexual harassment for sparking unprecedented conversations among men.
"Men are talking about this for the first time," he says. "A lot of men suddenly understood that women they know, relatives, maybe their wife or girlfriend, maybe their daughters — they suddenly understood what they experience in their everyday life."

To hear more about how men in France are reacting to the #MeToo movement, listen above.