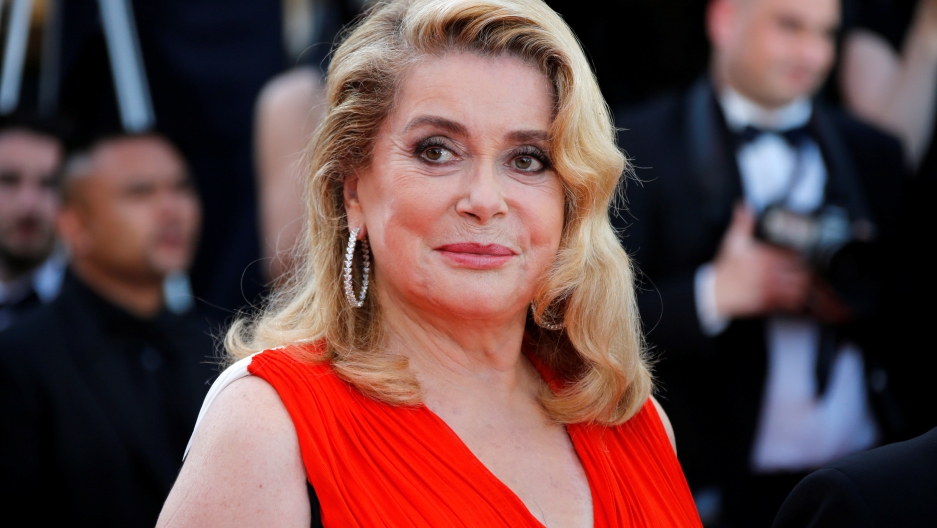 The open letter in the French newspaper Le Monde last week said the #MeToo movement amounted to sexual puritanism and was fueled by "a hatred of men." It was signed by 100 French women — a collection of intellectuals, journalists, writers and entertainers. But the signatory that stood out to me, and the one who made the headlines, was screen siren Catherine Deneuve.

My first thought when I saw that she had signed the letter was, "Sure — typical." It's not surprising that a woman who has made her career as a sex symbol — if not the sex symbol of France — would defend male desire and find a movement where women are telling men, "I'm not your sex object!" incredibly threatening.

I went back to Deneuve's films, wanting to catalog the ways Deneuve consented to be an object of what film theorists and my art history professors call "the male gaze." But what I found surprised me.

Because Deneuve's films don't just celebrate male desire or cater to it: They grapple with it in an interesting way.

In the 1965 surrealist psychological thriller "Repulsion," Deneuve plays Carol, a gorgeous beauty-parlor assistant who is traumatized by "the male gaze." She reacts to the constant attention she gets from men like a hunted animal: Her eyes are wide, her expression is blank, her upper lip is sweaty and her hair is wild. In this early scene, she lets a suitor kiss her goodbye. But then her body stiffens and she bolts out of the car into oncoming traffic. Once she gets up to her apartment, she compulsively scrubs her mouth and brushes her teeth to wipe him off of her.

By the end of the film, Carol cracks. She goes on a killing spree, murdering the men that repel her.

Two years after "Repulsion," Deneuve starred in her career-defining film, "Belle de Jour." And her character, the glacial housewife Séverine Serizy, isn't all that different from Carol. Séverine also hates the attention she gets from men. But instead of killing them, she turns the violence on herself. In this famous opening scene, Séverine fantasizes about getting tied to a tree and whipped and raped while her husband looks on.

When I went back to the #MeToo letter after immersing myself in Deneuve's oeuvre, what I saw was a response to these films.

The letter says women don't have to be "reduced to the defenseless prey of men" — like Carol. Nor do they have to be "forever traumatized" — like Séverine. Instead, the letter says, "A woman can, in the same day, lead a professional team and enjoy being a man’s sexual object, without being a 'whore' or a vile accomplice of the patriarchy." It sends the message — like Deneuve's career does, in and of itself — that a woman can be confident and use her sexuality as she sees fit.

That's a feminist message. It's just a dated one.

"Deneuve seems to be stuck in the 1960s," says Nancy Bauer, who specializes in feminist philosophy at Tufts University. "It's hard to be a woman aging. And one wonders whether Catherine Deneuve feels as though she still needs to project a robustly pro-sex position" to stay relevant.

On Sunday, Deneuve responded to the international backlash the original letter generated in another letter published in the newspaper Liberation. She apologized to the victims of sexual assault and harassment but essentially doubled down on her original argument. In the piece, she reiterated that men are becoming victims of a "media lynching" and that the current atmosphere threatens sexual freedom.

The problem with both letters is that they ignore the real harm being done to women. "They make a number of arguments that seem absurd to women who have suffered as a result of sexual harassment on the job or sexual assault in any context," Bauer says.

And while repressive sexual mores don't do women a ton of good, either, that's just not where the fight is today.