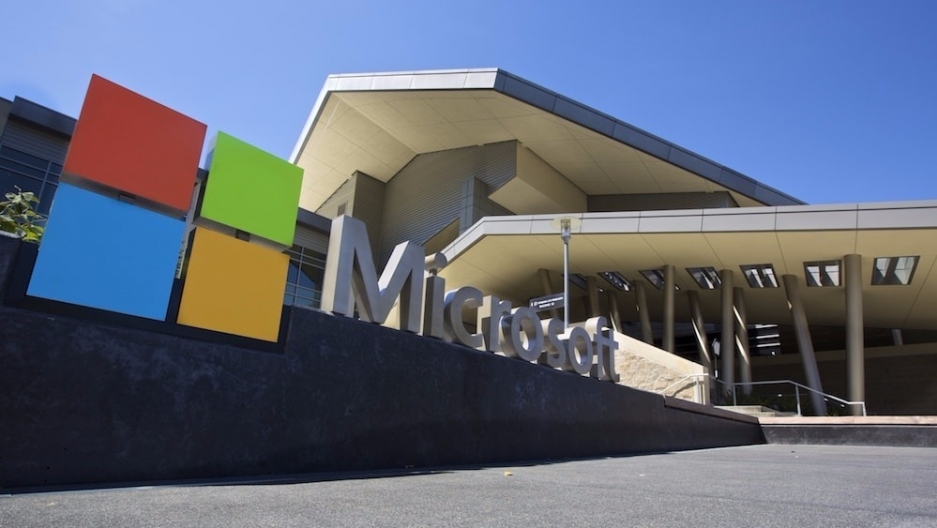 Microsoft recently announced a commitment of $50 million and five years to its "AI for Earth" program.

For years, Lucas Joppa has been fascinated with the world that exists at the intersection of technology and the environment.

Now, in a recent article in the journal Science, he is calling on governments, non-governmental organizations (NGOs), academia and the private technology sector to join him in finding new ways that artificial intelligence (AI) can help collect new information and data into managing and protecting Earth’s resources with higher efficiency.

“I'm talking about trying to get global society's level of information and insight into our Earth's natural resources to the same level that we've managed to achieve with our insights into human activities and behavior,” says Joppa, who was named Microsoft’s first chief environment scientist last year.

In his article, Joppa writes that most people he meets are surprised that Microsoft has a position such as his — but that he believes “every major tech firm will be working on applying AI to sustainability” in a few years.

On the two-year anniversary of the Paris climate agreement on Dec. 11, Microsoft unveiled a deeper commitment to its “AI for Earth” program, pledging five years and $50 million to distribute AI technology to those who are working to protect the planet and its natural resources — especially those dedicated to agriculture, water management, biodiversity and climate change.

What are some examples of these possible improvements?

Joppa envisions an “AI digital dashboard where we’re really able to put our finger on the pulse of Earth’s natural systems” by giving insight to farmers on where and when to plant their crops and when to harvest those crops to maximize yield; by allowing conservation biologists to better understand which lands to set aside for protection and wildlife corridors; by creating a clearer infrastructure outlook for water resource managers; and by providing climate scientists information that is more spatially and temporally accurate.

“There was no way I was going to be able to ask these questions at the scale that I wanted to without bringing in computers,” he says.

Joppa’s career path eventually led him to a research role at Microsoft, where he spent seven years working on the ideas and concepts that would form what is now known as “AI for Earth.”

Increased levels of technology, when applied to the Earth’s natural resources, Joppa says, can serve two primary functions: It helps to extract meaningful information that is already being collected (such as high-resolution imaging systems through drones and other aerial platforms) and it helps us understand what sets of data need to still be found and how to go about collecting them.

“Those two things are really complimentary and they're both required to help artificial intelligence algorithms really help humans get a handle on what we know and what we're missing about our understanding of Earth’s systems,” Joppa says.

In regard to the second function, Joppa points out the vast lack of knowledge when it comes to wildlife populations of several animals — and how citizen scientists could take photos of species they see and run them through computer algorithms that could determine their exact species. In his article, Joppa cites a study that only 1.5 million of the 10 million species on the Earth’s land and in its oceans have been described.

Such a gargantuan effort, Joppa says, will rely upon the cooperation of governments to invest in publicly supported research programs and establishing policy frameworks that require the collection of the needed information. It will also require NGOs to understand how advances in AI can extend the impact of their work. Lastly, it relies on the world’s leading research universities and technology companies to continue to advance AI technologies — and to champion Microsoft's environmentally driven AI initiative.

Besides the spirit of altruism that such an effort generates, Joppa says that this type of use of AI can also be good for business.

“By focusing on some of these problems in the environmental space, we're actually forcing our AI systems to confront some incredibly hard technology challenges that if we crack, will accrue benefits across our entire technology and customer and partner chain,” Joppa says.

He points out the example of high-resolution land cover mapping, which is also touched upon in his article. By taking the same technology used in computer vision techniques that are used by entities such as Facebook to identify family members and friends in photos, Microsoft is trying to identify single objects to help create a better sense of the exact placement of land cover, such as forests and fields.

The timing is right and the global need is “acute,” to help the world face its collection of issues caused primarily by an increase in population and a gradual decrease in natural resources, Joppa says. He says the ultimate reason, though, in supporting a movement like this is because it is simply the right thing to do.

“Time and again, the industrial revolutions of the past have produced amazing technologies that have got our societies where they are, but over and over again, from an environmental perspective, they borrowed from the future to pay for the present,” Joppa says. “We think that this new fourth industrial revolution that's being built on the foundations of exponential advances in AI really needs to be the first one that helps pay back some of those debts and help start to create a more sustainable future.

“We really do believe that history is going to judge the success of what companies like Microsoft are doing by our ability to apply some of our technologies to solve some of these challenges.”