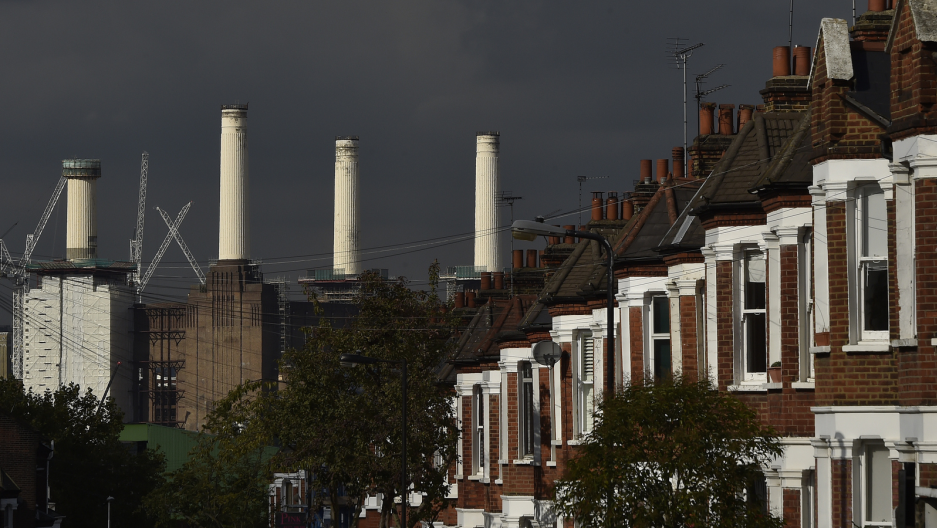 A rig (L) surrounds the top of one of the chimneys of Battersea Power Station as demolition work is carried out, in London, Oct. 2, 2014.
Credit:

The British government has announced plans to completely phase out coal by 2025. It’s an astonishing historical shift, considering how coal was the foundation of Britain’s rise to global superpower status in the 18th and 19th centuries.

But Britain has been reducing its reliance on coal at a lightning-fast rate. As recently as five years ago, Britain got 40 percent of its electricity from coal. Last year it was 9 percent. And this summer it went down to 2 percent.

It’s hard to imagine this happening in the United States, in part because of the country's alliance between conservative politicians and coal miners. But coal miners in Britain don’t have the same symbolic weight, explains Barbara Freese, the author of "Coal, A Human History."

“It partly has to do with the contentious labor history that we saw in Britain over the last few decades,” Freese explains.

Britain nationalized its coal industry after World War II, and while the industry employed hundreds of thousands of miners, it wasn’t very profitable.

“When conservative governments came to power,” Freese explains, “they wanted to modernize it and shrink it. And that meant laying off lots and lots of coal miners.”

The tension came to a head with the coal miners strike of 1984-85. The Thatcher government managed to resist the strike, and ultimately, the strike failed. The mines continued to close and miners continued to lose their jobs.

“So you really had Britain wrestling decades ago with the question, 'What kind of sacrifice was the nation going to make in order to protect the coal industry?' And the answer was ‘not much,’” Freese says. “Now Britain is free to make its climate policies, its energy policies, its economic policies, without really focusing so much on miner welfare.”

To hear more from Barbara Freese, click on the audio link above.