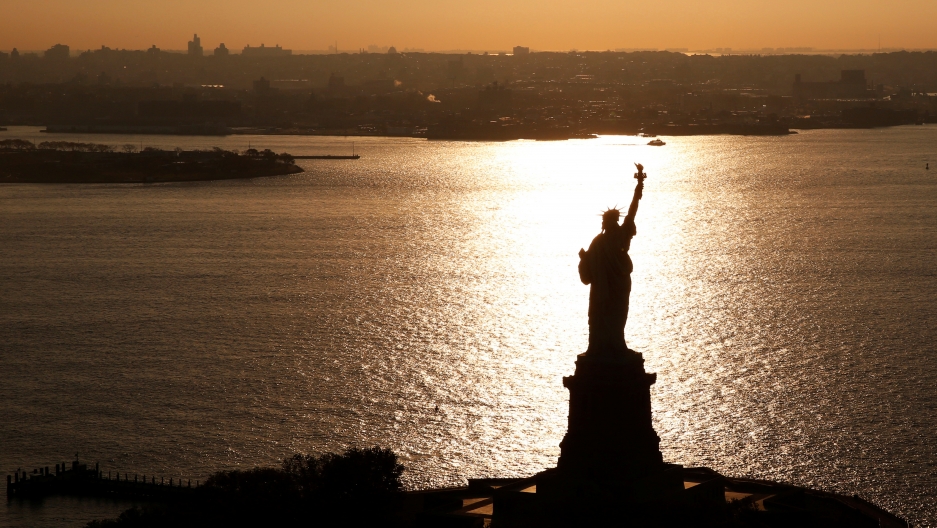 Trump issued a convoluted denial of the remarks on Twitter on Friday, but several people who were present have confirmed his language.

“If it's true, it's very bad,” says Norwegian statesman Jan Egeland. “This is not the way any leader of any countries should talk about other nations. We need to have moral leadership from the top. And this is not moral leadership.”

Egeland was one of Norway's top diplomats. He was Under-Secretary-General of the United Nations in the 1990s. He has also held a series of top posts in the Norwegian government. He is currently head of the nonprofit Norwegian Refugee Council.

“I'm a Norwegian, so I should be happy that he wants me to emigrate to the United States,” Egeland says. “But the only thing that would make me emigrate to the States is the vibrant multicultural society of the United States that I so much enjoyed when I studied at Berkeley, California, or when I worked in New York City. That's the strength of America — that you are a very vibrant power and you're that because of immigration.”

Egeland says such comments damage America’s “soft power” — its prestige and reputation; its ability to lead and influence the world.

“It doesn't help,” he says. “But, of course, America has a lot more to play on than soft power. I'm a Norwegian. Whatever power we have would be soft. Nobody would ever fear us. We cannot force anybody to do anything that they don't want to do. America is the world's superpower. It will always be taken very seriously. We will always look to America. But we'd like to see moral leadership."

Listen to the entire story by clicking the play icon above.