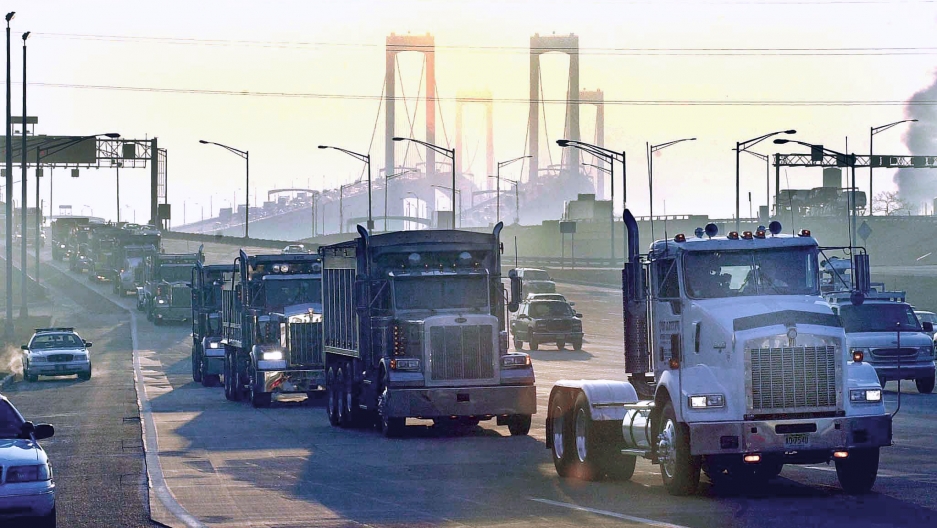 A convoy of trucks headed to Washington, D.C. for a protest.

C.W. McCall had a surprise No. 1 hit in 1976 with the novelty trucker song "Convoy." Most surprising, though, was that McCall never existed. He was, in fact, a character from a series of local bread commercials, invented by a pair of Nebraska ad men named Bill Fries and Chip Davis. Fries and Davis were inspired by stories of long-haul truckers taking to the highways to protest the 1970s oil crisis. They turned the trucker lingo they learned from CB radios into a strange, rollicking story-song – credited to the fictional bread commercial character. The result was not only chart success, but also helped to further spur the CB radio craze.

(Originally aired on WBEZ’s Sound Opinions on May 12, 2017. Listen to more of their stories at soundopinions.org or by subscribing to the show on iTunes.)