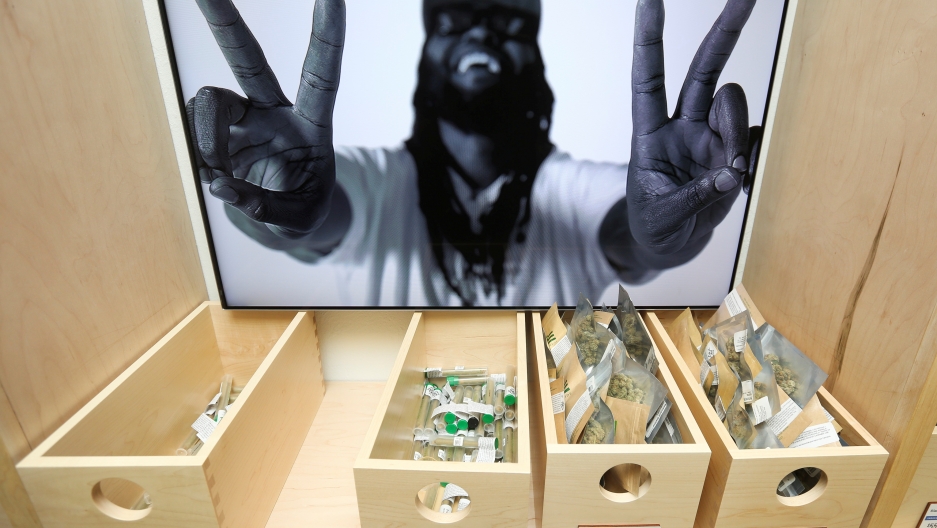 Marijuana is seen for sale at Harborside, one of California's largest and oldest dispensaries of medical marijuana, on the first day of legalized recreational marijuana sales in Oakland, California, Jan. 1, 2018.
Credit:

But pot possession and use could still have dire effects for noncitizens and undocumented immigrants.

“It’s really unfortunate,” says Alameda County Public Defender Brendon Woods. “For immigrants, anyone who is convicted of possession of over 30 grams of marijuana, whether here legally or not, will be deportable.”

Noncitizens may have even more cause for worry after Attorney General Jeff Sessions instructed federal prosecutors to more aggressively pursue people who sell and use marijuana in states that have legalized it.

Related: Obama-era policy up in smoke with new marijuana crackdown

“I can’t imagine — and I could be wrong — that there will be a huge enforcement uptick in California,” says Woods. He cites the lack of federal resources to go after marijuana cases and says federal prosecutors in California tend to be more liberal than in other parts of the country.

Noncitizens “are worried, and they have to be worried,” says Woods. “Just based on the current administration’s stance on immigration in general.”

To hear more of Brendon Woods' interview click on the play button above.