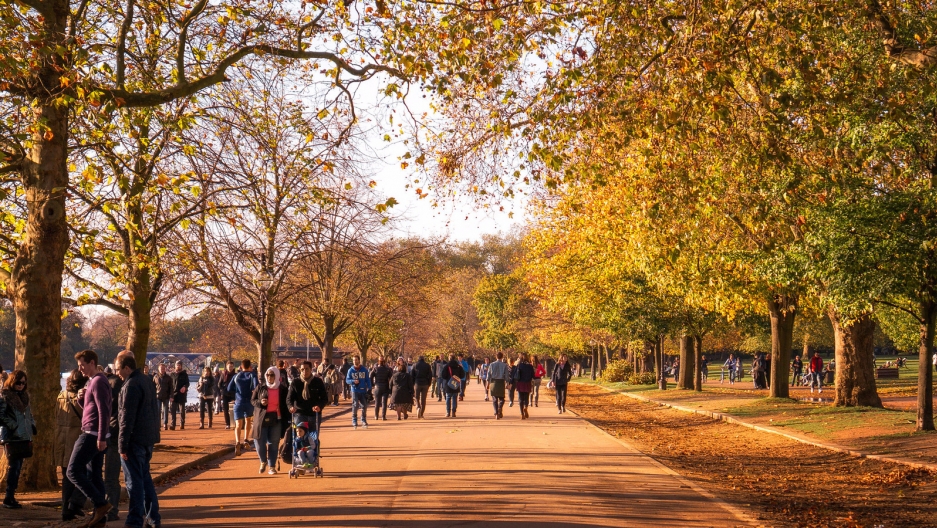 London residents take a stroll in Hyde Park on an autumn day. A new study showed that taking walks in a park setting may be much more beneficial than a similar walk on a crowded city street.

Get out and get some fresh air. This phrase has been uttered for decades in an attempt to promote the exercise of walking, which has always been thought to have health benefits for nearly everyone's cardiovascular system.

New research, though, that was published earlier this month in The Lancelet suggests that, in fact, not all walks may produce the same benefits when factoring where the walk is taking place and the state of health of the participant before he or she went for the walk.

For the study, a team of researchers — mostly based out of England — monitored 135 volunteers, all of whom were over the age of 60, between October 2012 and June 2014. Out of those people, 40 were categorized as being healthy, 40 had chronic obstructive pulmonary disease (COPD) and 39 had ischaemic heart disease (in which a blockage in the coronary arteries reduces blood supply to the heart muscle).

The participants were then randomly assigned to walk for two hours either in London’s highly trafficked Oxford Street or the city’s Hyde Park, which would be an equivalent to New York City’s Central Park.

By looking at a wide spectrum of physiologic factors — vascular function, in particular — the researchers found that those participants who walked in the park all showed increased beneficial effects regarding the function of their arteries from walking. Those who strolled down the busy street, though, had weakened effects. In some cases, the benefits were even reversed. The study’s authors point to the harmful effects of air pollution — including high amounts of air particulates — caused mainly by constant vehicular activity. 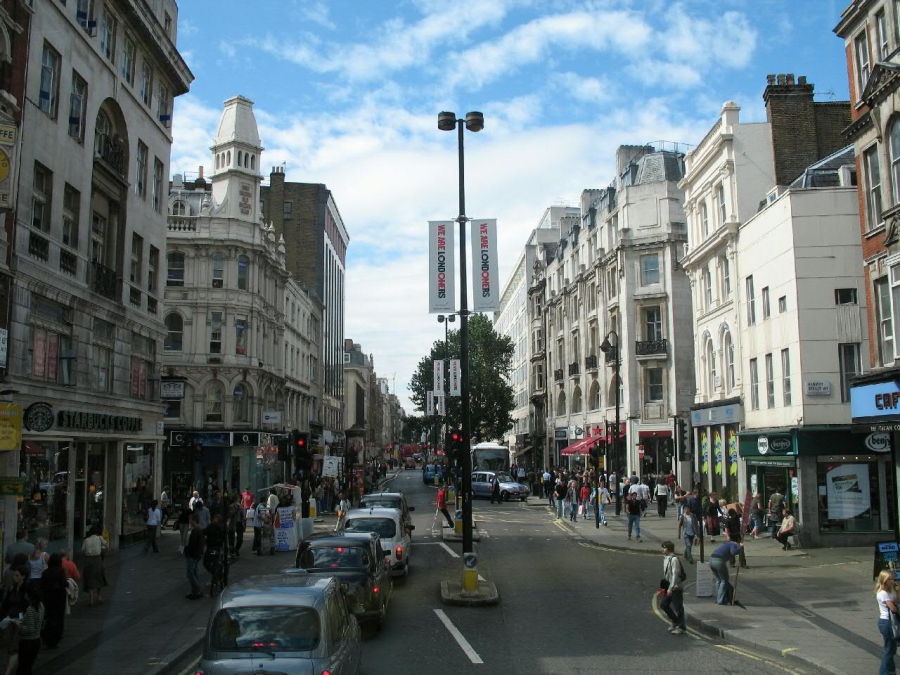 Still, in spite of these findings, there is no reason for urbanites to change their normal walking patterns down city streets, says Jonathan Newman, a cardiologist and assistant professor at the New York University School of Medicine.

“The overwhelming evidence and in other studies that have looked at this in particular is, in balance, exercise even in urban areas with high levels of air pollution or other pollutants, there is a benefit still to physical activity or exercise in that setting,” Newman says. “It may be less and there may be other physiological characteristics, but this is not a reason to stop walking along busy streets.”

Whether the main malicious source constituents are tied to carbon monoxide, soot, the depletion of the ozone or some other cause has yet to be determined — although they can vary based on several factors such as changes in temperatures and humidity, Newman says, causing them to strengthen or weaken their effects on human health.

“What I think is particularly interesting is that we know based on a whole host of data that air pollution and other environmental exposures, in my particular area of interest, have adverse cardiovascular effects affect on your heart and arteries in your body. And we don't yet know exactly why,” Newman says.

“There's a lot of good work that has been done to try to understand that and this is showing that, in fact, you can measure some of these effects on the moment-to-moment basis.”

Studies such as this one, for instance, may give greater insight into what is going on with an elevated risk of diabetes or other risk factors for heart disease based on the response to the air pollution stimulus, Newman says.

Until more revelations are made, Newman recommends that those who live in the city opt for strolls in a park setting rather than a busy street, when given the option.

“I think that is a reasonable summary,” Newman says. “There's been some nice work modeling studies that have shown that there are very few places in the world and very few times in those places where the risk of limited physical activity outweighs the benefit of that activity, but [there] is some caution for people with multiple health conditions — lung disease, heart disease  — that it may be a factor that may exacerbate some existing symptoms that they have.”