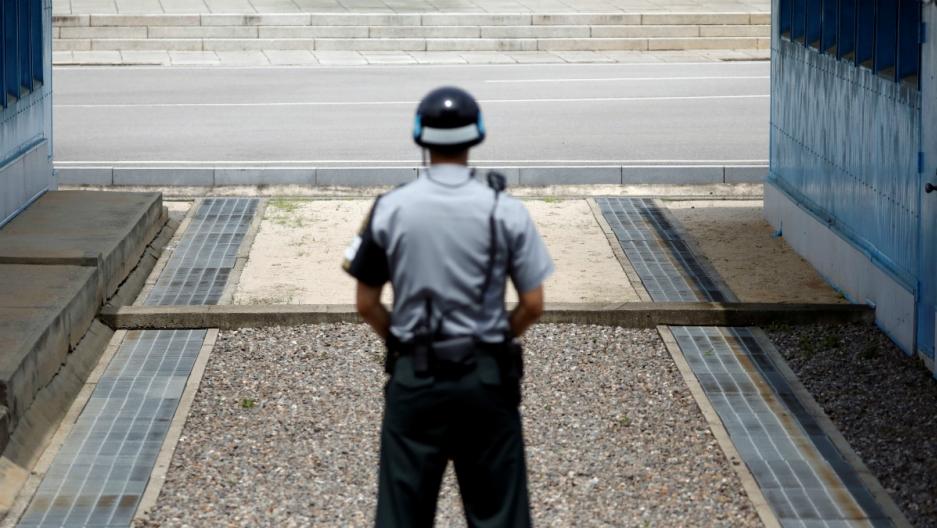 A concrete border is seen as a South Korean soldier stands guard at the truce village of Panmunjom, South Korea, July 19, 2017.

Next week, top officials from both South Korea and North Korea will be going to a village in the demilitarized zone called Panmunjom to discuss the Winter Olympics.

It's where the armistice was signed in 1953 that brought fighting in the Korean War to an end.

Now, it’s become a tourist destination — although a dangerous one — known to some as ''the most tense place on the planet.''

It’s one of the only places where soldiers from the North and South stand face-to-face.

Before entering, visitors have to sign a waiver stating that they understand this visit “will entail entry into a hostile area and the possibility of injury or death."

But Isaac Stone Fish, a senior fellow at the Asia Society, who has made the trip many times over the past several years, says the trip is well worth it.

There’s a golf course, dubbed “the most dangerous golf course in the world,” a gift shop and a famous conference room with a line through it demarcating the border between North and South.

Listen to the audio for Isaac Stone Fish's account of visiting Panmunjom above.