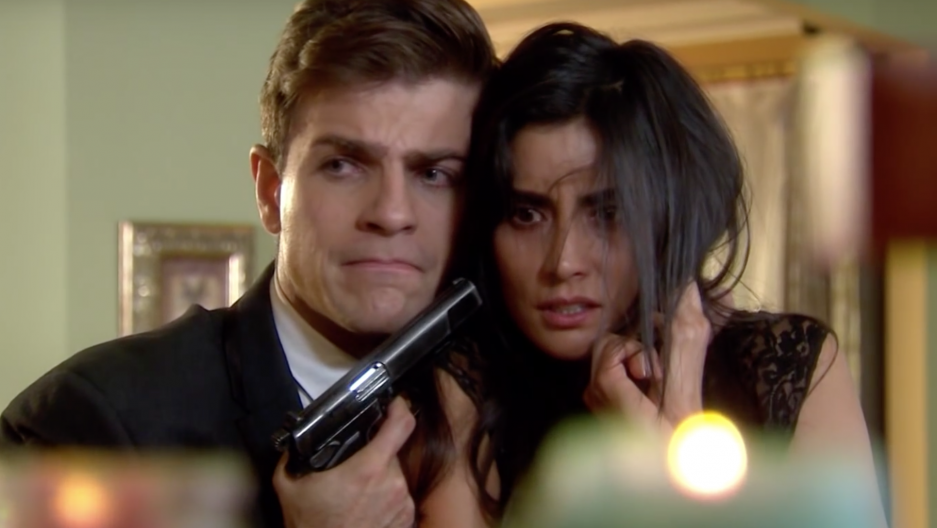 In the Telemundo telenovela "Reina de Corazones," Pablo Azar plays a revenge-seeking son who poses as a valet driver to get even for his mother’s death.

“The murderer is always the nice guy, the innocent one,” he said in one of the scenes, as he brandishes a gun in an immaculate South Florida living room. But Azar, with a self-described “good guy face” who usually is cast as a heart-throb or good-guy-turned-bad, is now playing a role he’s never been cast for on TV — union organizer.

In the US, labor unions are not as powerful as they used to be. But not so in Hollywood, where union members bargain tough and remain loyal. One group left out of that tradition, though, has been Spanish-language performers, including actors who work in the US on telenovelas. The shows are wildly popular in Latin America and the States. But a recent union victory among Spanish-language actors in South Florida could be turning that tide.

Azar, who began his acting career in Mexico in a TV Azteca production, was surprised when he transitioned to work with Telemundo in South Florida (also where the network is based).

“Usually you have better conditions in the US than in countries like Mexico, Colombia,” said Azar, “But funny enough, for actors it's backwards. Actors have better working conditions in Mexico than they have here in Miami. At least, I'm talking about Hispanic actors.”

Azar is a telenovela veteran. Along with "Reina de Corazones," he has also been cast in telenovelas "Aurora," "Corazon Valiente," "La Fan," and "El Cuerpo." Often, programs run each weekday for months — a grueling work schedule that can produce more than 100 episodes in a compressed time.

“Sometimes you shoot 40 scenes in one single day. So it's very demanding,” said Azar. “You have to be available almost all the time. So that's why it's so important to have the proper conditions for these actors, because they're not able to do anything else."

Unlike many production houses in Hollywood, Telemundo, a division of NBC Universal Hispanic Enterprises and Content, isn’t a union shop. It hired a lot of contractors — without benefits or overtime. Actors also did not get royalties.

So Azar organized his fellow actors. "Hispanics have grown in the US a lot, so that brought the attention of the people to say, 'Hey, those Spanish-speaking projects are doing pretty well. What's happening inside?" 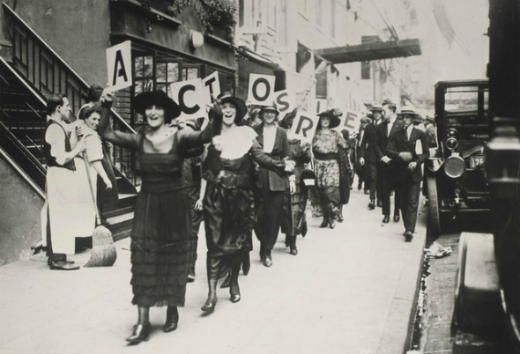 In March, Azar and his fellow performers won union recognition by the National Labor Relations Board and by Telemundo. It was a historic vote, according to SAG-AFTRA, one of the largest unions for performers and entertainers in the US. The last time employees at a major television network went to a balloted election was more than 55 years ago.

“It is trailblazing because this is a part of the industry that really hasn't been addressed by performer unions and it's time for that to happen,” said Duncan Crabtree-Ireland, chief operating officer and general counsel of SAG-AFTRA.

SAG-AFTRA is now at the negotiating table trying to hammer out a new contract for roughly 600 Telemundo actors in the US.

Crabtree-Ireland said the Spanish-language entertainment industry has grown so fast in the US, they’re just now getting more union representation.

Telemundo declined an interview for this story, but in a statement a spokesperson wrote: “We have the utmost respect for our talent, who breathe life into our shows’ characters each and every day. We are continuing to negotiate with SAG-AFTRA in good faith. We look forward to our next meeting with the union and hope that we will soon arrive at a mutually acceptable agreement. We remain committed to all of our employees and to making Telemundo a great place to work.”

One ongoing concern for SAG-AFTRA, according to Crabtree-Ireland, is “there is always the threat of taking work out of the United States as a way of avoiding responsibilities, whether it's labor law responsibilities or whether it's, you know, negotiations with the union.” He worries that Telemundo may move more work to Latin America in order to cut costs and not have to meet demands from the actors in South Florida.

It's a concern that is not isolated to the Spanish-language entertainment industry. English-language projects have long moved shoots to Canada or Mexico for similar reasons, but it’s a more immediate possibility for Telemundo, which already has productions and relationships in Latin America.

Recently, SAG-AFTRA reached out to a number of actors groups and unions across Latin America to seek solidarity. Ultimately, it hopes people there won’t take the jobs that would otherwise go to union actors in the US.

Adriana Romero, an actress in Colombia who leads the actors union said that she supports the Telemundo actors, but added that her union, the small and relatively new Asociación Colombiana de Actores, cannot prevent people from taking available jobs.

"We are going to try to make the actors understand why it’s not good for us to accept those conditions, but that is going to be very very difficult," she said. "The only way you can do it is to educate people." And with ongoing problems in neighboring Venezuela, she’s seen an influx of even more actors looking for work. A job is a job, she said.

Romero did say, however, that the union drive at Telemundo has been helpful in communicating the benefits of collective bargaining to her own members in Colombia. “It’s a good example for everyone,” Romero said.

Meantime, Azar also hopes the push to unionize at Telemundo might inspire other Spanish-language actors to organize.

"It's a wake-up call to say your work is worth equal as someone else that speaks any other language." But Azar isn’t ready to call his efforts a success yet. He is waiting for that first contract between his union and Telemundo to be sealed.