Technician Alexis Portalatin stands next to rooftop solar panels he is connecting to a new Tesla battery storage system the San Juan suburb of Guaynabo. The storage system will allow the panels to operate separately from the power grid and supply electricity 24 hours a day.

More than three months after Hurricanes Maria and Irma slammed their island, over a million Puerto Ricans are still without reliable power. But one recent day, Rosa López and José Quiñones finally left those ranks.

It happened when four technicians installed a Tesla Powerwall solar battery pack onto a wall in their suburban San Juan home — a 275-pound white metal beast that can store enough electricity to keep a house running from sunset to sunrise.

López and Quiñones are both engineers and were early green energy adopters. They already had solar panels on their roof before the storms, but the panels only worked properly if they were connected to the power grid. And with the grid knocked out, they had to rely on a backup generator.

That’s why they bought the Tesla battery system. 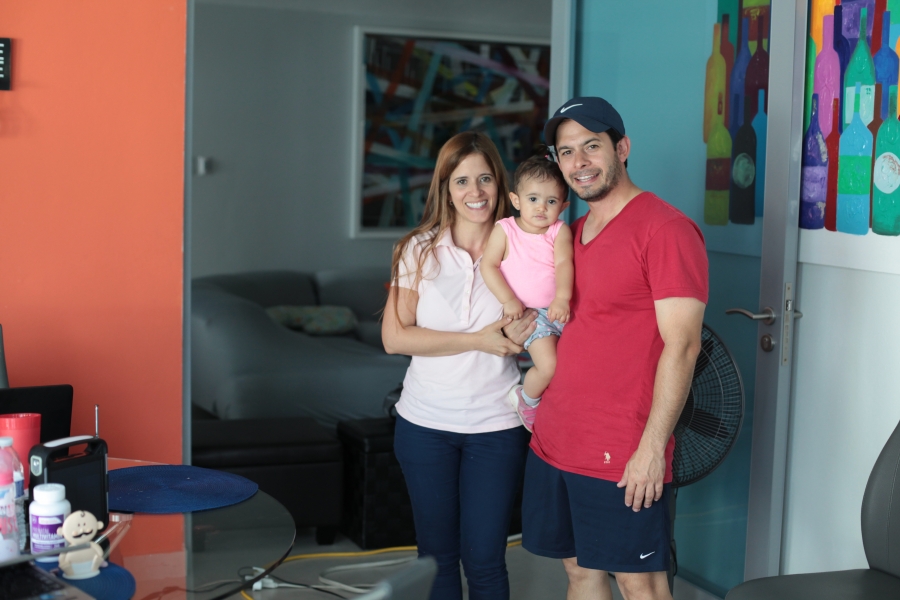 Rosa López and Jose Quiñones with their daughter Joyce. The new solar battery pack for the family's home cost $10,000, but the outlay means they no longer have to depend on an unreliable grid or an expensive part-time generator.

“I was looking to see how can I use the full power of the panels,” Quiñones says, “and the only way is installing batteries.”

The Tesla system means they’ll no longer be reliant on the grid, which was unreliable even before Irma and Maria. The new system was expensive — close to $10,000 — but so was fuel for their generator, at $400 a week. López says when Maria came “we started calculating, and we understand that we need to make this investment.”

López and Quiñones bought their battery system from a company called New Energy. Before the storms, the company sold maybe five batteries a month. But CEO Alex Uriarte says he sold 200 in October, and he’s hired about three dozen technicians to install them.

“Before Maria, nobody wanted to buy storage because it was too expensive,” Uriarte says. “And now everybody wants to buy storage. It’s not an issue now of saving money, it’s just an issue of having electricity.”

Uriarte says he’s lined up investors for a new solar microgrid with battery storage for a community of 3,000 homes. It would run independently, so if the main grid went down, the microgrid would stay up.

“We’re trying to be the first one to do a big microgrid here. We will become like a small utility,” Uriarte explains. 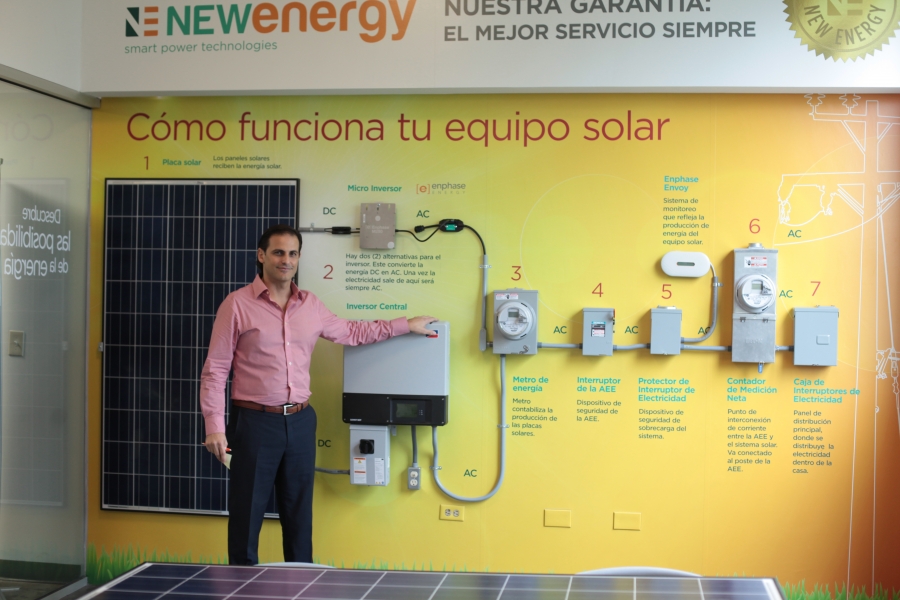 Investors from outside Puerto Rico have similar ideas.

Related: In San Juan, they're going street by street, house by house, turning the lights back on

Richetta says Sonnen has sold more than 200 batteries in Puerto Rico since the storm, a number that he says is “really big business for us” in an industry that he admits is still tiny.

That’s why backers of solar are excited about what’s happening in Puerto Rico. It’s a laboratory, and potentially a very big one. Last month the governor of New York joined with Puerto Rico’s governor to announce a plan to transform the island’s energy system and integrate solar power and storage in remote areas.

It’s a longshot plan that would require billions of dollars in federal funding that may never materialize, but boosters of solar are hopeful nonetheless.

Among them is San Juan’s mayor, Carmen Yulín Cruz, who dreams of transforming the city’s electric supply and thinks solar has real promise as part of that effort. With roughly 40 percent of San Juan still without power, solar is already helping fill the breach. Along with private homes, Tesla has donated solar panels to run a hospital and a solar industry group working with the Clinton Foundation that will power the city’s main market. 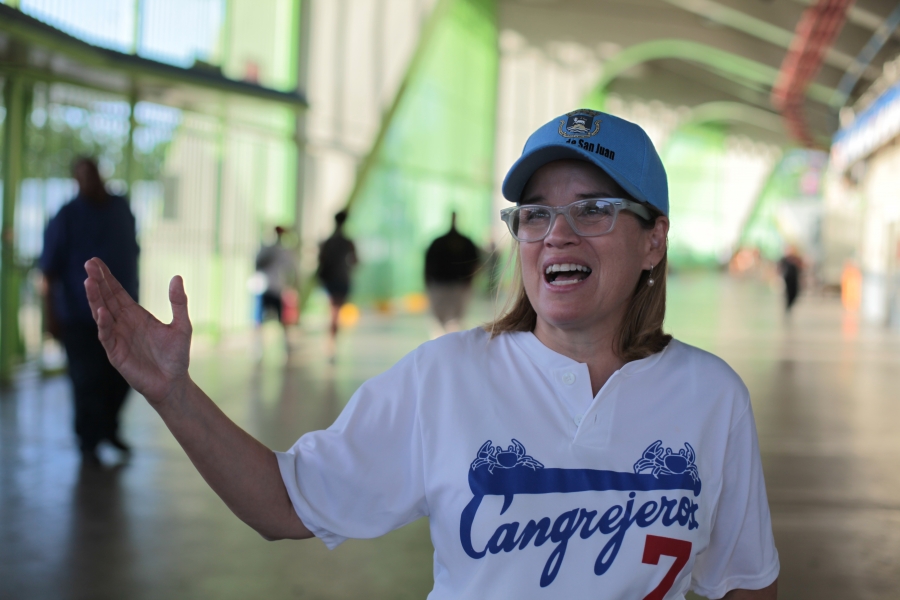 Cruz says outside investors would need to work alongside Puerto Ricans, and she says the island’s debt has to be erased so that local governments can invest in these new systems.

But bottom line, she says “this could be a wonderful showcase for solar energy for the rest of the world.”

Mayor Cruz says the Puerto Rico that she knew before Hurricane Maria will never be back, and that in many ways, that’s a good thing.

Related: With the lights still dark in Puerto Rico, solar companies see an opportunity to help