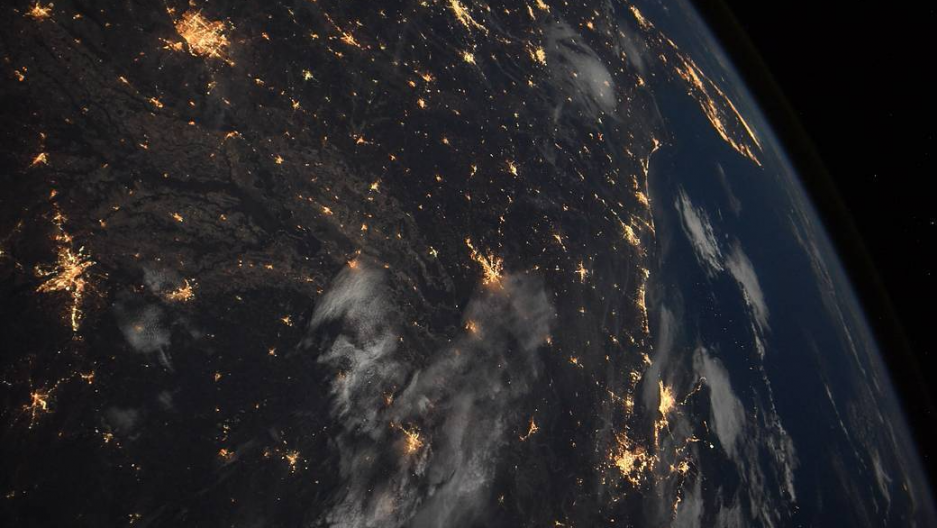 A view of Earth from the International Space Station.

Every January, Ian Bremmer, president and founder of the Eurasia Group, releases his top 10 risk predictions for the year ahead.

"If we had to pick one year for a big unexpected crisis — the geopolitical equivalent of the 2008 financial meltdown— it feels like 2018. Sorry," the report says.

You can here last year's predictions here and see Bremmer's list for 2018 below.

At a moment of policy incoherence and dysfunction in Washington, China’s government has redefined the country’s external environment, set new rules within, developed the world’s most effective global trade and investment strategy and used Chinese tech companies to advance state interests.

Beijing invests and extends its influence by promising non-interference in the political and economic lives of other countries, which are now more likely to align with and imitate China. The global business environment must adapt to new sets of rules, standards and practices. US-China conflict, particularly on trade, will become more likely in 2018.

There’s been no major geopolitical crisis since 9/11, and none created by governments since the Cuban Missile Crisis. But there are now many places where a misstep or misjudgment could provoke serious international conflict. The likeliest risk of accident comes from competition and conflict in cyberspace, the fight over North Korea, battlefield accidents in Syria, growing US-Russia tension and the dispersal of ISIS fighters from Syria and Iraq.

The world’s biggest fight over economic power centers on the development of new information technologies. The US and China will compete to master artificial intelligence and supercomputing and will struggle for market dominance in Africa, India, Brazil and even in Europe, where governments must decide whom to trust and whose products and standards to embrace. Fragmentation of the tech commons creates both market and security risks, particularly as domestic companies battle global viruses.

2018 will be a defining moment for Mexico as renegotiation over the North American Free Trade Agreement (NAFTA) comes to a head and voters choose a new president. A collapse of NAFTA talks will not kill the deal, but uncertainty over its future will disproportionately harm the Mexican economy, given the country’s deep reliance on US trade.

For the July 1 presidential election, public anger at government is running high, thanks to high-profile corruption cases, drug gangs and sluggish growth. Demand for change favors Andrés Manuel López Obrador, who represents a fundamental break with the investor-friendly economic policies of recent years, particularly for the newly opened energy sector.

Donald Trump has it in for Iran. The nuclear deal will probably survive 2018, but there’s a substantial chance that it won’t. Trump will support Saudi Arabia and work to contain Iran in Syria, Iraq, Lebanon and Yemen. The US will more frequently sanction Iran for ballistic missile tests, perceived support for terrorism and human rights violations. Iran will push back. If the nuclear deal fails, Iran would ramp up its nuclear program, and the threat of US and/or Israeli strikes would again hang over the region, boosting oil prices.

6. The erosion of institutions

The institutions that support and sustain peaceful and prosperous societies — governments, political parties, courts, the media and financial institutions — continue to lose the public credibility on which their legitimacy depends. In 2018, the populism apparent in the Brexit vote and election of Donald Trump will create a toxic, anti-establishment populism in developing countries. The resulting political turmoil, or a turn toward authoritarianism in some countries, will make economic and security policy less predictable.

The rise of anti-establishment movements in developed markets has forced (in some cases, enabled) policymakers to shift toward a more zero-sum approach to global economic competition and to look as if they’re doing something about lost jobs. As a result, walls are going up.

Protectionism 2.0 creates barriers in the digital economy and innovation-intensive industries, not just manufacturing and agriculture. New barriers are less visible: Instead of import tariffs and quotas, today’s tools of choice include “behind-the-border” measures such as bailouts, subsidies and “buy local” requirements. Finally, measures will more often be micro-targeted at political rivals.

Britain faces both acrimonious Brexit negotiations and the risk of domestic political turmoil. On Brexit, the principle that “nothing is agreed until everything is agreed” will encourage endless fights over details between and within the two sides. On domestic politics, management of Brexit could cost Prime Minister Theresa May her job. If so, she will likely be replaced by a more hardline Tory figure, significantly complicating the Article 50 negotiations. Or Labour Party leader Jeremy Corbyn will replace her after a new election, creating risks for both Article 50 negotiations and domestic economic policy.

Identity politics in Southern Asia comes in several forms: Islamism, anti-Chinese and anti-other minority sentiment and an intensifying nationalism in India. Islamism in parts of Southeast Asia fuels local forms of populism, most prominently in Indonesia and Malaysia. Resentment of ethnic Chinese, who hold a disproportionate share of wealth in several countries, has made a strong recent comeback, particularly in Indonesia.

Persecution of Myanmar’s minority Muslim Rohingya has triggered a humanitarian crisis. In India, the risk is that Prime Minister Narendra Modi’s use of Hindu nationalism to consolidate support ahead of the 2019 election could give cover to radicalized elements of society that want to target Muslims and lower-caste Hindus.

In 2018, negative spillover from Africa’s unstable periphery (Mali, South Sudan, Somalia) will spill over into Africa’s core countries (Cote d’Ivoire, Nigeria, Kenya, Ethiopia). The principle threats come from militancy and terrorism. The dangers posed by al-Shabaab in East Africa and al-Qaeda in West Africa are not new, but they’re likely to intensify.

Foreign partners who have helped stabilize weak governments in the past are distracted. Kenya, Nigeria, Uganda and Ethiopia face increased security costs at a time when their governments need to reduce spending, and attacks would undermine foreign investor sentiment.