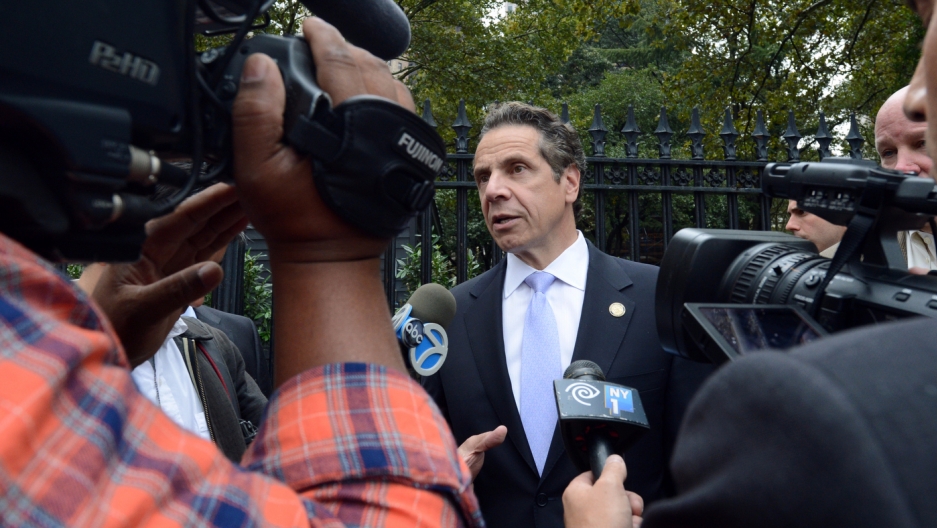 Metropolitan Transportation Association of the State of New York / CC BY 2.0 (image cropped)

Today, as the Trump administration continues to bolster the fossil fuel industry — loosening regulations and giving large tax breaks to fossil fuel companies — environmentalist Bill McKibben says that it would be wise to follow the dollar to see where the future of energy is headed, globally.

“Right now, of course, politics is making it difficult to deal with climate change in DC, but it's not stopping cold all the work that's going on,” says McKibben, co-founder of 350.org.

McKibben wrote an op-ed that appeared in The New York Times on Dec. 15, talking about how all of the world’s most prominent financial players are stepping away from the fossil fuel industry. Four days later, New York Gov. Andrew Cuomo unveiled a plan for the state’s common retirement fund — and its over $200 billion in assets for more than a million New Yorkers — to completely decarbonize its portfolio.

That same day, Scott Stringer, the comptroller of New York City, announced a similar fossil fuel free strategy for the city’s pension fund, which is comparable in the number of assets.

“Those are two of the 20 largest funds on the planet,” McKibben says. “So, the same day that in Washington they were passing the tax bill that gave ludicrous tax breaks to the fossil fuel industry in the world's center of finance, New York, they were saying, ‘No, we don't think this is good business anymore.’

“If the center of the world's financial markets is sending the signal that we don't want to do this anymore, it's going to get harder and harder for the Exxons and Chevrons of the world to keep out there finding more fossil fuels that we don't need and can't burn.”

McKibben’s piece in the Times mentions that the keepers of Norway’s sovereign wealth fund, the largest of its kind with more than a trillion dollars in assets, have, too, proposed to do away with its oil and gas holdings — even though the fund accumulated most of its wealth from the surplus revenues from the country’s petroleum sector.

“In essence, they said, ‘We're taking our winnings from this fossil fuel casino. We're cashing out; we're going to go find some other game to play in.’ The smart money is increasingly moving in that direction,” McKibben says.

“The fossil fuel industry, which has been an awful good business for the last 200 years, isn't a good business going forward. And the smart money is heading for the exits now.”

McKibben mentions the revenue that Elon Musk has been able to generate from his Tesla electric car company alone — an enterprise that is worth approximately $53.5 billion, more than Ford and General Motors combined.

“Smart investors looking ahead can see where the future lies,” McKibben says. “Think about the scale of economic activity that comes from having to make the transition for the entire energy system off of fossil fuel and on to something else. The upside potential is enormous.” 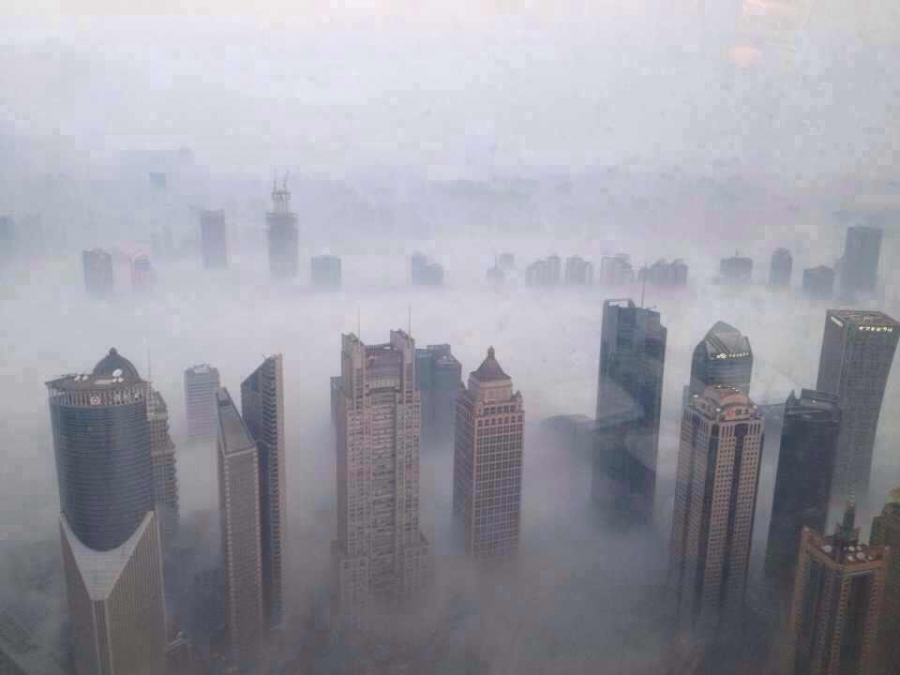 Smog chokes downtown Shanghai on a daily basis. China has recently started a carbon market initiative to reduce its emissions by charging for what is deemed as excessive based on governmental guidelines.

The world’s largest emitter of greenhouse gases, China, has recently made big strides in the carbon market by putting a price on carbon emissions — factories are limited to a certain amount of carbon emissions annually, says Akshat Rathi, a Quartz reporter who recently wrote about the initiative.

“This is a market-friendly way of trying to reduce emissions,” Rathi says of the country that accounts for 30 percent of the world’s greenhouse gases. “Once you start putting a price on carbon, there is more incentive to not put it out into the atmosphere as you can do today because there's no price on emissions and when that price comes in, it disincentivizes companies to go on emitting as they do today.”

Although the carbon emission fees are only being applied to the power sector, Rathi says that China became the biggest player in the carbon market upon its arrival.

“At a time when the American government is sending signals to not act on the climate, if a bigger emitter than America comes onboard and says that [we're] going to try and do our best to reduce those emissions. … That's a very strong signal to the world that the world apart from America is very serious on climate action,” Rathi says.

Rathi references the images of people walking with specialized masks amid thick gray smog that have become synonymous with the downtowns of China’s largest cities. McKibben adds that the country is also putting up solar- and wind-powered facilities at an extraordinary pace.

“You hear these stories about smog in Beijing or smog in Shanghai and those images are real and those [harmful effects] are being felt by the people,” Rathi says, “so even though it has a strong-handed government, it needs to keep its people happy and reducing fossil fuel emissions does work in their favor.”

Although the United States is now the only country not to sign the Paris Agreement, Rathi mentions how California has become a major player in the carbon market on its own through the cap-and-trade system that it established with the Canadian provinces of Québec and Ontario, in which the system sets a limit on greenhouse gases and then allows the market to determine who gets to emit those gases.

“If California is showing to America that this is something that they can make it work within the economy and keep the economy growing, it's again a very strong signal for other states to step up and be part of this market,” Rathi says. “Even if the federal government has certain policies it can pass, states are quite powerful in what they can do to reduce emissions.”