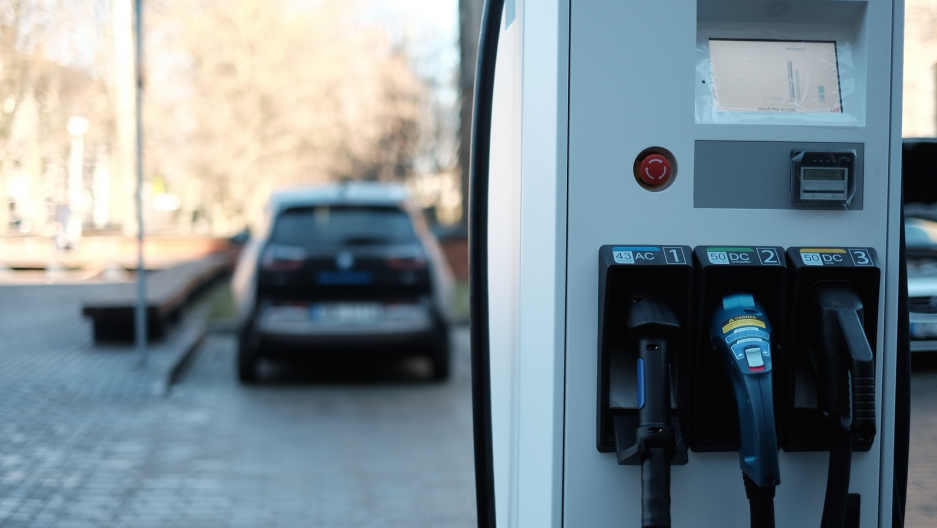 Charging stations for electric cars have begun to increase in number in the US and several other countries.

For years, the idea of owning an electric car was often tethered by limits for most potential customers — the two biggest being a high sticker price and limited driving range per charge.

Those limitations, though, are beginning to fade as the major manufacturers of gas-powered vehicles have entered the electric market. In addition to the number of cars available, the number of charging stations found in the US and other countries has also grown.

Furthermore, as competition has risen, the costs have concurrently lowered. Tesla — an electric car pioneer — began rolling out its Model 3 earlier this year. With a base price of $35,000, the Model 3 stands in stark contrast to its older brother, the Roadster, whose base model starts at $200,000. Recently, General Motors released the first all-electric version of its Chevrolet Volt, the EV, with a starting price in the same range as the Model 3.

“It’s now within the realm of reality for many people,” says Kara Kockelman, a professor of transportation engineering at the University of Texas.

Jessika Trancik, an associate professor in the Institute for Data, Systems and Society (IDDS) at the Massachusetts Institute of Technology, points to the steady increase of people who are trading in a gas nozzle for a charging plug.

“We've done some research on energy consumption per day of people in cars, and on a daily basis, at least, we estimate that about 90 percent of cars on the road daily could be replaced by a low-cost electric vehicle and still meet the energy needs of drivers,” Trancik says of work at IDDS.

One of the top reasons that consumers hesitate to buy an electric car is what is known as “range anxiety” when it comes to making sure that there will be enough miles to take care of daily tasks before having to recharge.

“I think we need to come up with some creative solutions to increase electric vehicle adoption,” Trancik says. “Part of it is just getting information to consumers.”

Kockelman recently took part in a series of studies in which Americans’ driving habits — via more than 200 electric vehicles — were analyzed to determine the probability a household would not be able to complete all of its trips by charging just once a day. They found very low percentages that could not make one trip a year, she says.

Kockelman adds that many car manufacturers are providing a warranty on their electric vehicle sales, stating they will cover the cost of a gas-powered rental car in the event of a long trip. She does note that Tesla’s Model 3 and the Chevy Volt can both now go over 200 miles between charges.

Trancik says that this improved mileage can be attributed to several factors. One of those is the overall improvement of electric car batteries, especially in regards to energy density, which allows manufacturers to add higher-capacity batteries without introducing more weight or volume. Another improvement has been with a reduction in the cost per unit of energy stored in batteries, Trancik says.

Still, given the “lifetime of our existing vehicles,” Kockelman estimates that it will take at least 20 years until electric vehicles become the staple mode of individual transportation.

When that does happen, can the electrical grid in the US and in other countries handle the influx of increased usage?

“There are practical steps that we can take to improve our infrastructure,” Trancik says. “So, it’s very doable, I think.”

Trancik notes that 5 p.m. has become the peak demand time to recharge electric vehicles, but her team discovered that delaying the charge could take significant pressure off the grid.

Kockelman adds that vehicle manufacturers are well aware of this peaking issue. She mentions the Volt has a feature to automatically delay its charging to be mindful of those surges in electricity use. The car does not start charging until much later in the evening.

Then there is the source of the electrical grid to take into consideration, such as the many cities in the Northeast still being powered by coal plants.

The data that Trancik and her colleagues have collected has shown that it is possible to reduce emissions per mile by 30 percent or more by switching to an electric vehicle, resulting in 30 to 40 percent emissions savings — while using today’s electricity supply mix.

“The reason for that is that conversion efficiency is really quite high from what we call ‘the well to the wheel,’” she says. “So, all the way from extracting your fuel, and in the case of electric vehicles, producing electricity and then all the way to what’s called the tract of energy that propels the car forward.”

In several states that are heavily reliant on coal for power, numerous coal plants are going offline purely for economic reasons — while the relatively low upkeep of electric vehicles allows them to be an investment in one’s garage that could last for upwards of 18 years, Kockelman says.

“They actually get cleaner over time while conventional vehicles get dirtier,” Kockelman says of electric vehicles. “The catalytic converter [on gas-powered vehicles] and other pieces on that engine and components are absolutely known to decay. And so they get dirtier over time while the grid’s cleaning up.”

Although interest in electric cars continues to grow, Kockelman, Trancik and millions of other people wait for the day of self-driving cars for the ride-sharing potential, among other reasons.

“I know lots of people who have better things to do, and driving is dangerous. It’s actually the most dangerous thing we do and it’s one of the costliest things that we do,” Kockelman says, adding that the US is approaching a trillion dollars a year in crash-related costs, resulting in thousands of dollars a year per capita. “That’s a great reason to make these cars smarter. There’s excellent reasons to shift, and we will. I think it really takes some policy support at the national level, and we’re not seeing that recently.”