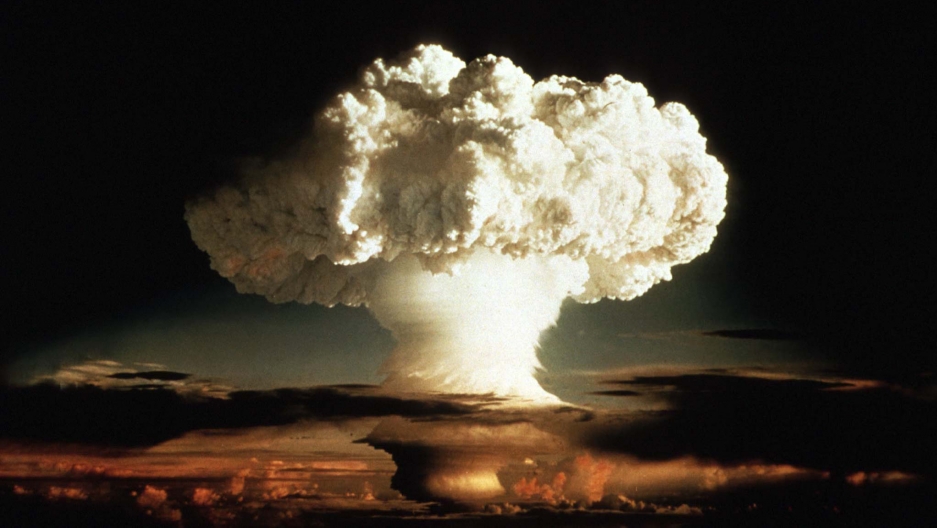 US Air Force, via Reuters

One of the most serious issues of 2017 has been what to do about North Korea.

In September, the regime of Kim Jong-un tested a large nuclear weapon underground, claiming it was a hydrogen bomb.

North Korea has also demonstrated this year that it has the missile technology to deliver its warheads pretty much anywhere in the world.

Kim’s regime in Pyongyang has also deployed inflammatory rhetoric, even threatening to bracket the US territory of Guam with missiles.

The Trump administration has responded with threats of its own, raising fears of a war in Northeast Asia.

Former CIA director John Brennan has estimated the chance of war at 20-25%, while Richard Haass, president of the Council on Foreign Relations, puts the chance at 50-50.

Others are more sanguine, noting that the US and its allies have not mobilized for war, or even begun moving the masses of weapons platforms, ammunition and other supplies that would be needed to prosecute an all-out conflict.

Almost everyone agrees an all-out war would be catastrophic, with the potential use of nuclear, chemical and biological weapons that could cause the deaths of millions in North and South Korea, and possibly in China and Japan. The impact on the global economy — and even the climate —could be severe.

North Korea says its nuclear weapons program is designed to deter any US attempt at regime change. Many analysts agree. Joseph Cirincione of the Ploughshares Fund, for example, argues the world needs to learn to live with a nuclear-armed North Korea, just as the western world contained the Soviet Union during the Cold War.

Nevertheless, there are reports that the Trump administration is considering limited military action. Again, though, those reports could be messaging to convey the appearance of coercive diplomacy to Pyongyang.

Pentagon war-gamers have repeatedly found that a limited war with North Korea is not a realistic option,  while the player representing North Korea consistently chooses to escalate the conflict in such war games. Most analysts add that conventional weapons are unable to take out underground missile sites, making the only realistic US option for a pre-emptive strike being a nuclear attack.

“I’m going to go with no war [in 2018]” predicts Isaac Stone Fish, an international affairs analyst for PRI’s The World. Stone Fish is a senior fellow with the Asia Society, and a former Newsweek correspondent in Beijing.

He says his prediction is based “in part because I’m optimistic in the holiday season. And in part because all the sides recognize that they have more to lose with a war than without a war.”

He believes “cooler heads will prevail.”

Stone Fish says it also depends on how you define war. “One could see the likelihood of a small shooting skirmish, with a few soldiers dead on either side, as far more likely.”

Stone Fish says this is one of the very few benefits to North Korea’s opacity, since they don’t have to account to its population.

Stone Fish has another concern. “My biggest worry,” he says, “is that Trump faces a more serious domestic crisis, feels like he’s really losing the grip of his base, and decides to do something against North Korea to regain popularity.”

But he says even that is not likely. “I just don’t think he [Trump] or the people around him will ever be in a situation — and again maybe this is just me being hopeful — where they feel their best option, or their only option, is to attack North Korea.”