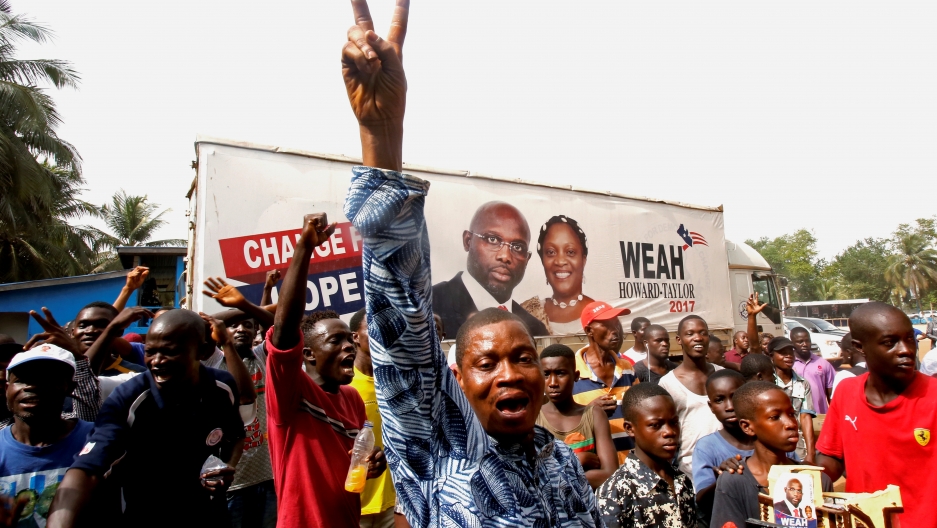 Supporters of George Weah, former soccer player and presidential candidate of Coalition for Democratic Change (CDC), celebrate after the announcement of the presidential election results in Monrovia, Liberia Dec. 28, 2017

Former Chelsea star Didier Drogba led plaudits on Friday from the world of football to George Weah after the only African to win the Ballon d'Or was elected President of Liberia.

"Thanks Didier for your support, we are both concerned and aware of the destiny of our peoples. Let's follow the same path," replied Weah.

Weah, idolized in Liberia as "Mister George," will be sworn in on Jan. 22 after winning Thursday's run-off against vice President Joseph Boakai.

His election success was noted with pride by former clubs Monaco, Paris Saint-Germain and AC Milan.

Weah played at Monaco from 1988 to 1992 and the French Ligue 1 side noted in a statement: "The entire club congratulates George Weah on his election to the presidency of Liberia and presents him with all its best wishes for success as the head of his country!" 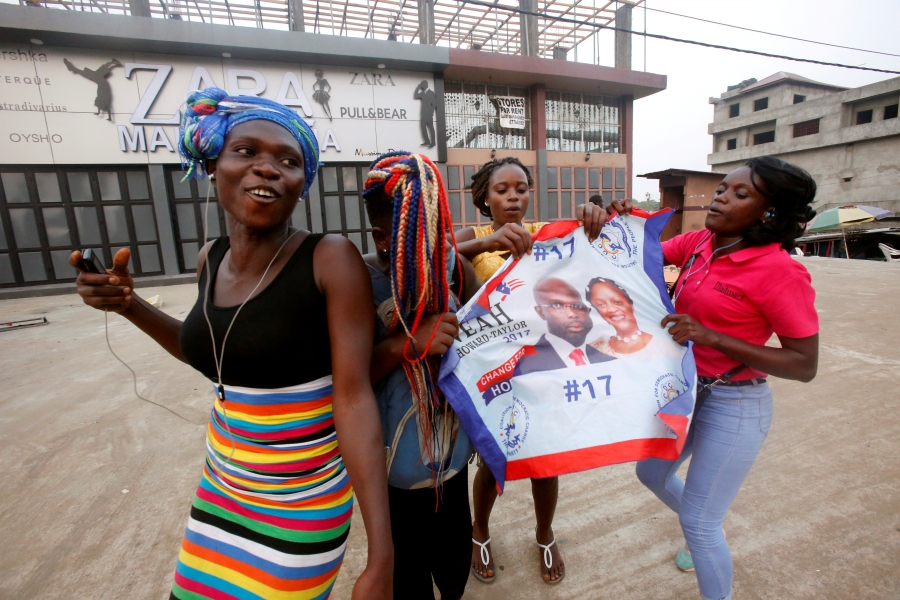 Supporters of George Weah, former soccer player and presidential candidate of Coalition for Democratic Change (CDC), celebrate after the announcement of the presidential election results in Monrovia, Liberia Dec. 28, 2017.

"Supporters of George Weah, former soccer player and presidential candidate of Coalition for Democratic Change (CDC), celebrate after the announcement of the presidential election results in Monrovia."

"We knew George Weah well before he became elected president of Liberia. Congratulations to the legend of PSG and world football on this new chapter in his brilliant career," PSG wrote in English on Twitter.

AC Milan offered their congratulations "to the Red and Black legend" who starred for the club over four seasons, picking up two Serie A titles in 1996 and 1999.

Despite numerous examples of the game's former stars entering politics, Weah is the first former player to succeed in being elected head of his country.

Others have launched political careers, most recently AC Milan's star Georgian defender Kakha Kaladze who was elected mayor of Georgia capital Tbilisi after serving as the Georgian government's Energy Minister.

In Brazil ex star striker Romario has served as a senator since 2015.

But until Weah, being elected head of state was confined to powerful club directors like ex AC Milan boss Silvio Berlusconi in Italy, or the current Argentine President, Mauricio Macri, a former Boca Juniors president.

By winning this week's election Weah has created another precedent just as he did back in 1995 when he became the first African to win the Ballon d'Or.