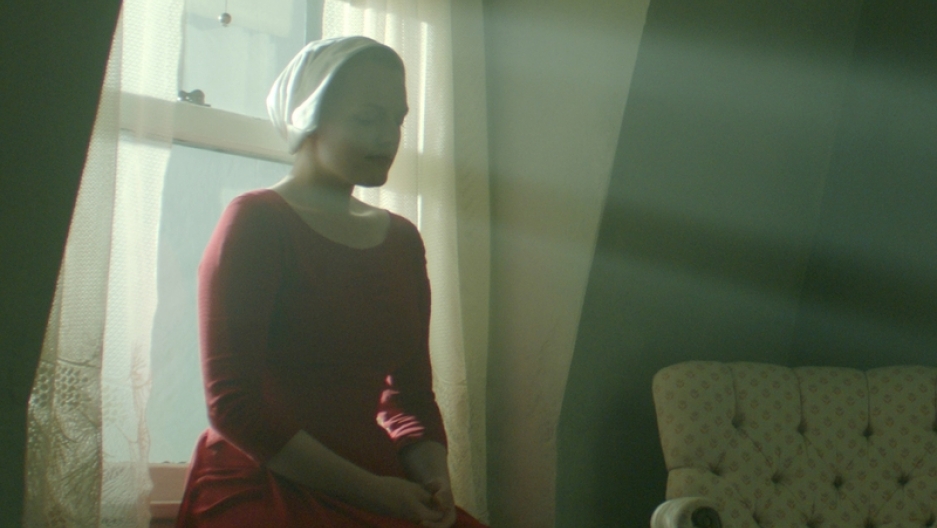 Elizabeth Moss in "The Handmaid’s Tale."

It's a funny thing: All at once, on Nov. 9 of last year, old novels with dystopian themes suddenly seemed very relevant and had huge sales upticks. One of them, Margaret Atwood’s “The Handmaid’s Tale,” came out in 1985.

In “The Handmaid’s Tale,” fundamentalist Christian theocrats take over the United States and force some women — called handmaids — to bear children for infertile couples.

“The Handmaid’s Tale” was adapted into a TV series for Hulu, with the second season beginning in April. When Margaret Atwood was writing the book, she took inspiration from, among other things, the rise of the Christian right in America during the 1970s and '80s, the Islamic revolution in Iran in 1979, and much less well-known, a woman in 17th century New England named Mary Webster, who was one of the people she dedicated the book to, and whom she later wrote a poem about.

Atwood and professor Bridget Marshall tell us the story of Webster, who is better known as Half-Hanged Mary.

And you can hear the full poem, read by actress Kristen DiMercurio, here: