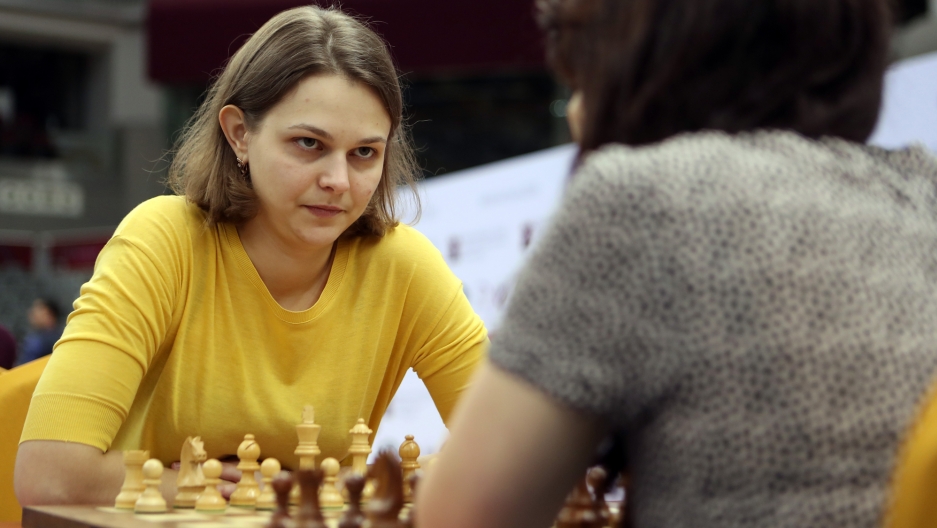 The two-time world champion wrote on her Facebook page that she doesn't want to wear the abaya — the religious conservative covering — and abide by the rules of women's behavior in the kingdom.

Pointedly, she writes that she doesn't want to feel like a "secondary creature."

The Saudi government has relaxed at least one of those rules for the tournament this week. Women competing in the events aren't required to cover up with a hihab or abaya. The only requirements are trousers and high-necked blouses.

But that wasn't enough for the Ukrainian champ to call off her boycott.

"This was a very difficult decision," Muzychuk said in an interview with our BBC colleague Paul Henley. "I think that the championships of such a level — the world championships — shouldn't be organized in the country where human rights, and especially the rights of women are violated."

This comes at a time when Crown Prince Mohammed bin Salman is making moves to reform the oil-rich nation as more welcoming and moderate, claiming that "[w]hat happened in the last 30 years is not Saudi Arabia." In September, for example, the country relaxed its longstanding laws against letting women drive cars.

Despite those efforts and a hefty prize pot worth a record $2 million, Muzychuk and her sister — also a world champion — will skip the tournament.

"To take this decision was even more difficult because this time in Saudi is very high — it's a record price," she said. "If I decided to play there I could have a good chance to win."

Muzychuk's protest isn't the only snag for Saudi officials planning the tournament. Players from regional rivals Iran and Qatar have had trouble getting visas, and Israeli players have been denied visas altogether. Fatimah S. Baeshen, the spokeswoman for Saudi Arabia's embassy to the United States, brushed aside what she described as a "politicization" of the tournament, writing that the two countries have no formal relations.

Related to the purported politicization of the International Chess Tournament hosted by Riyadh: the Kingdom has allowed the participation of all citizens.The exception is whereby KSA has historically not had diplomatic ties with a specific country-thus has maintained its policy.

Muzychuk, though, also blamed the World Chess Federation for the controversy. "The events must be held in the country where all players can come," she said. 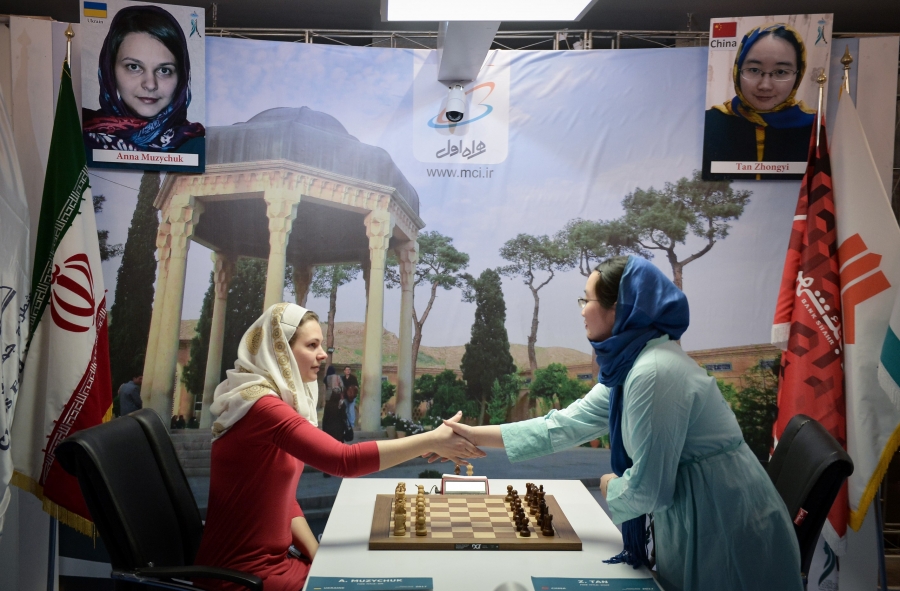 Anna Muzychuk (left) of Ukraine plays against Tan Zhongyi (right) of China during the final day of the Women's World Chess Championship in Tehran, Iran, on March 03, 2017.

Some, though, are raising questions about Muzychuk's boycott, noting that she wore a head covering while competing in Iran. She said, though, that experience helped form her decision.

"I won two world championship titles last year and I also wanted to win the last world championship," Muzychuk said. "I decided to go there and I felt myself how it is to be in hijab all the time, and all this pressure when women don't have the same rights as men. That's why it was even more a wish not to play in Saudi because in Saudi it seems to be even worse."